Here's where to get the best view in Qatar of tonight's Super Blue Blood Moon! 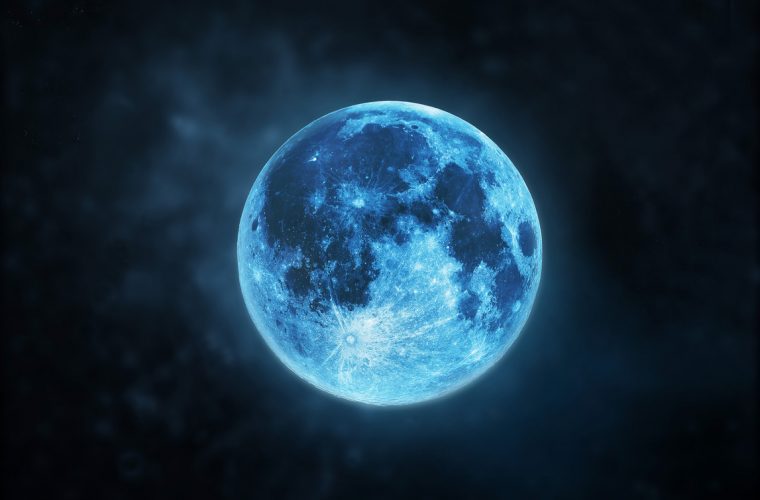 For the first time in 150 years, a 'Super Blue Blood Moon' (SBBM) will be seen in the skies over Qatar starting late afternoon today from 5:17 p.m. until the following morning at 6:50 a.m. local time.

An SBBM is basically an eclipse of the full Moon, that happens to have really good timing. Its three names -- Super, Blue, and Blood -- are causing a buzz because it combines three unusual lunar events.

Not only is the SBBM going to be a full Moon, but it’s technically a Supermoon as well, meaning it will be closer to Earth than usual. Supermoons occur whenever a full Moon is closest to Earth on its orbit, making it about 14% bigger and 30% brighter than full Moons that are the farthest away from our planet.

Don't get too excited though, as the term 'blue' has actually nothing to do with the Moon's colour. A Moon is considered a 'Blue Moon' when it’s the second full Moon in a calendar month. This doesn’t happen very often since full Moons roughly happen every 29.5 days. January began with a full Moon on the 1st, so the month will close out with one, too.

Lastly, the SBBM is going to be a total lunar eclipse, because it causes the Moon to turn a dark reddish colour -- hence the term 'blood moon.' This happens whenever the Earth passes directly between the Sun and the Moon, and the Moon falls into our planet’s shadow, or umbra.

Now that we have a general idea of tonight's exceptional event, here are five extra-spacious places in Qatar to flock to for the best view!

A UNESCO-recognized natural reserve with its own ecosystem, the Inland Sea -- or Khor Al Adaid -- lies in the southeastern corner of the country. With its impressive natural wonders, the Inland Sea is a top pick for both citizens and residents in Qatar seeking refuge away from the bustling capital -- if they don't mind driving 60 kilometres from Doha. After a long drive, you'll be rewarded with a sea that encroaches deep into the heart of the desert -- an ideal spot to view the moon from afar while having picnic with your loved ones and friends!

The biggest park in Doha covering an area of 88 hectares, Aspire Park is usually thronged by groups of people for picnics and family outings -- especially at night. But what sets this entry apart from its peers on this list is that it's not too remote and is very accessible. If you have high-definition binoculars to help you snag a better view of the rare moon, then we can't recommend this spacious and airy viewing spot enough!

3. Abandoned villages of the North

The photograph above can't emphasize enough how cool it is to stargaze in the abandoned villages of Al-Areesh, Al-Khuwair, and Al-Jumail located northwest of Qatar. Often regarded as 'ghost towns,' these forsaken villages are entirely remote and visited only by excursionists with brave hearts. While tourists usually leave before sundown, daredevils stay for overnight camping to witness not the 'ghosts,' but the amusingly-beautiful night sky sprinkled with tons of shining, shimmering stars! We can't imagine how pretty the Moon will look like in the infinite sky above these 'ghost towns!'

Why not hop on a moving dhow and climb to the top deck to get a glimpse of the Moon while the watercraft sails the waves? We don't want people to scramble for dhows in the Corniche area tonight, but this is definitely one of the most affordable ways to watch tonight's Super Blue Blood Moon! Don't tell us we didn't warn you!

5. Right on your rooftop!

This is kinda lazy, we know, but if you have no time and energy to travel to the first four, then you can just improvise and find a way to climb your building's roof deck for a likely sighting of the moon. And, if you're feeling brave, you can even ask one of your friends to take a photo of yourself with the gorgeous Super Blue Blood Moon shining bright in the background! But always, always remember to put your safety first -- we can't stress this enough!

Unlike a solar eclipse, this lunar eclipse can be safely viewed without using protective eyewear.

Are you as thrilled as we are at getting a glimpse of tonight's historic lunar event? Have you fully-charged your DSLRs for those perfect time-lapse shots of the Moon? If so, drop us a line in the comments below and let us know! Also, don't forget to like and share this article!