What are the chances of Qatar getting hit by natural calamities? 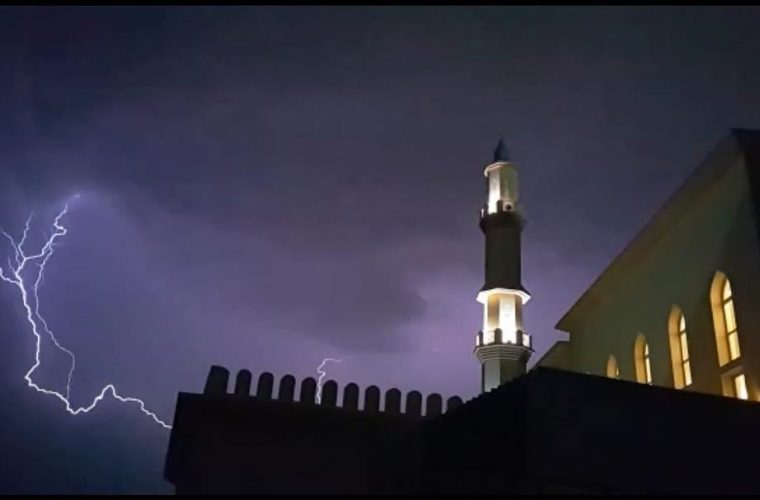 You've probably heard about the various natural disasters (e.g. earthquakes, landslides, floods, and wildfires) that has been happening in different parts of the globe. Latest news say that while the weather in affected countries has already lessened, death tolls still seem to rise resulting to more grieving families.

And just yesterday (October 15), the wind gust has reached 40 kt at the Hamad International Airport and 37 kt in Doha due to downdraft winds associated with thunderstorms. The strongest-ever wind gust recorded in Doha, according to the Qatar Meteorological Department (QMD), was 51 kt back in 1977.

QMD is advising all Doha residents to please take extra care when driving in rainy conditions and avoid using mobile phones during times like this.

Unfortunate events like these might make some of us think... is it also possible for Qatar to entertain such natural calamities? And if that happens, is the nation ready? Moreover, what can we do to avoid it?

According to the 2016 World Risk Report, Qatar is actually the least prone country in the world to cyclones, droughts, earthquakes, floods, sea-level rise, etc. as it was ranked by the United Nations University’s Institute for Environment and Human Security in cooperation with Germany’s University of Stuttgart as the 171st out of 171 countries in the list of nations with the most risk of natural disasters.

The reasons for having Qatar at the bottom of the World Risk Report are countless. But it's the tiny peninsula's geographical location and level of developments which made it best the remaining 170 countries when it comes to being the lowest disaster risk free country in the world.

Countries which concentrate on good infrastructure might face a lesser risk when compared to those with poor road qualities and improper designing of infrastructure. Good roadways, an upcoming state-of-the-art railways system, and a five-star airport, are just some of the criteria for lessening the risks of natural disasters that the state of Qatar effortlessly owns.

Listed below are four of the remaining criteria the 2016 World Risk Report has presented in listing down the countries based on their proneness to risk of natural calamities:

The country most susceptible to natural disasters in the world is the South Pacific Ocean nation of Vanuatu with a risk index of 36.28%. It is noteworthy that the Philippines is placed at the 3rd place in the report for susceptibility and Bangladesh is at 5th place.

Let's take a look with what's going on in the countries that has been struck by landslides, earthquakes, typhoon, floods, and wildfires during the past few weeks...

The death toll from a powerful earthquake that hit Lombok island in central Indonesia one week ago has risen to 392, officials said on Sunday. The number was likely to rise further still as teams continue to search for victims beneath the rubble and ruins of buildings. Search efforts have been complicated by a string of aftershocks, including a 6.2 magnitude quake on Thursday (August 9). At least 1,353 people were injured, most of them in hard-hit North Lombok district, which was near the epicentre of the 6.9-magnitude quake that hit last Sunday. Moreover, tens of thousands of building are damaged, including at least 67,000 houses, 606 schools, three hospitals, 65 mosques and six bridges.

Torrential rains and landslides killed at least 24 people in southern India as of Thursday (August 9), with the authorities opening the shutters of 24 water reservoirs in an unprecedented move to prevent potentially disastrous breaches. The June-September rains in Kerala state have cost 175 lives and damaged crops worth 3.42bn rupees ($49.81mn) across 26,824 hectares since their onset on May 29."Kerala has received 17% more rainfall so far during the current season compared with last year," a staff from India's Meteorological Department, said. The state, which has 44 rivers, witnessed its worst floods in 1924 following torrential rains.

A beaming bride defiantly marching up a flooded church aisle in the Philippines has won hearts as the country suffers a fresh bout of monsoonal rains. Jobel Delos Angeles, 24, married the father of her two children on Saturday as Tropical Storm Yagi and the southwest monsoon brought heavy flooding to the capital Manila and nearby areas, including their home province of Bulacan. In a Facebook video shared over a thousand times, Delos Angeles is all smiles as she walks through brown floodwaters in a white gown and veil before her suited groom clad in flip-flops takes her to the altar. She said: "Even if it floods or it rains, nothing can stop me. You only get married once, will you postpone it? I was marrying the man I love."

Wildfires blazed along a smouldering stretch of Portugal's Algarve Thursday, as hundreds of firefighters battled to control flames that have menaced the popular tourist region for a week. Ferocious fires in southern Portugal, stoked by sweltering temperatures and strong winds, have injured dozens and left a blackened trail of seared forest, charred homes and incinerated cars. Aircraft scooped water from the sea to drop onto the creeping blaze on Thursday, as firefighters continued their struggle to douse the flames, which have already consumed some 21,000 hectares of forest in the region—one of Europe's top tourism destinations. The fires have left 36 people injured, one seriously, with 19 of those hurt firefighters.

It can be remembered 17 months ago that a WhatsApp chain message, saying that a 10M-high tsunami is about to hit Qatar's shores soon, has brought panic and cold feet to residents of Doha. The said fake news had become so viral and stricken panic to a level that the Qatar Meteorological Department had to intervene and rebut the rumors.

The worst that Qatar has experienced are sandstorms, minimal floods during the rainy months, and seasonal haze. With all the unfortunate natural calamities that different countries are experiencing right now, it is indeed factual that we're a tad luckier than anyone else in the world as we reside in a safe haven called Qatar.

What do you think of this article? Do you believe that Qatar is indeed the safest in the world when it comes to natural disaster and calamities? Drop us a line in the comments section and also, don't forget to like and share this article—it keeps us going!