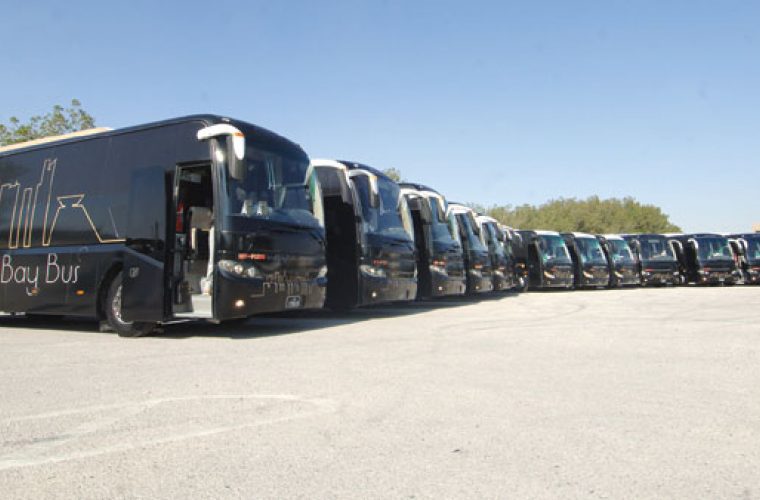 The Ministry of Municipality and Urban Planning (MMUP) has announced “further improvements” to its West Bay Bus free service, according to a statement issued yesterday.

As part of its continued efforts to offer services for the citizens and residents of Qatar that will give them more options to access various destinations in West Bay district, the ministry has announced its plan to provide air-conditioned bus shelters to ensure that the service is as convenient as possible in view of the approaching high temperatures during the summer.

The ministry is also providing “park and ride” sites around the West Bay and Corniche areas, one of which will be located next to the General Post Office and the other in West Bay between the ASAS and Beach Towers. The MMUP is also studying the introduction of new routes and bus stops to increase accessibility of the West Bay Bus.

The number of West Bay Bus passengers has been growing at a slow but steady rate, according to the statement. Ridership has increased at an average rate of 63% since the launch of
the service.

The West Bay Bus service was launched jointly by the MMUP and the Ministry of Transport
in January.

Mohamed al-Sayyed, director of Doha Municipality, said: “We need to recognise the time needed for such new projects to start showing tangible results and changes to the city, and we certainly cannot ignore the mindset we are faced with about the use of buses in specific and public transport in general among
Doha citizens.

“(The) experience in other countries has shown that it can take many years to achieve a sustainable shift in people’s travel preferences. We are conscious of this and don’t expect results overnight. The Ministry of Municipality and Urban Planning will, therefore, be constantly supporting infrastructure developments in order to meet the travel demand over the long term and help achieve sustainable development in the State of Qatar. It is our aim to also effectively encourage the public to use the West Bay Bus and allow its users to recognise its benefits.”

The service offers 14 buses, available seven days a week and running every 15 minutes between 6am and midnight, and stopping at 36 stops spread around the West Bay area.

The bus covers two routes. The first route links West Bay with City Center, the Corniche and General Post Office, while the second one will link West Bay with City Center, Al Bidda Street and Khalifa International Tennis and Squash Complex. On both routes, the bus will stop at all major hotels, offices and residential towers in West Bay. The service is offered to all members of the public and no ticket or payment is required.

All information about the service, including the route map, can be found on the West Bay Bus Facebook page, the MMUP website or Mowasalat’s website. Pocket maps are available at City Center and The Gate Mall as well as in any of the hotels serviced by the bus in the West Bay, such as W Doha Hotel & Residences, Four Seasons Hotel, Hilton Doha, Retaj Al Rayyan, Mövenpick Hotel Doha; Ezdan Hotel and Ascott Doha.