Here is how Qatar's Wage Protection System works for you 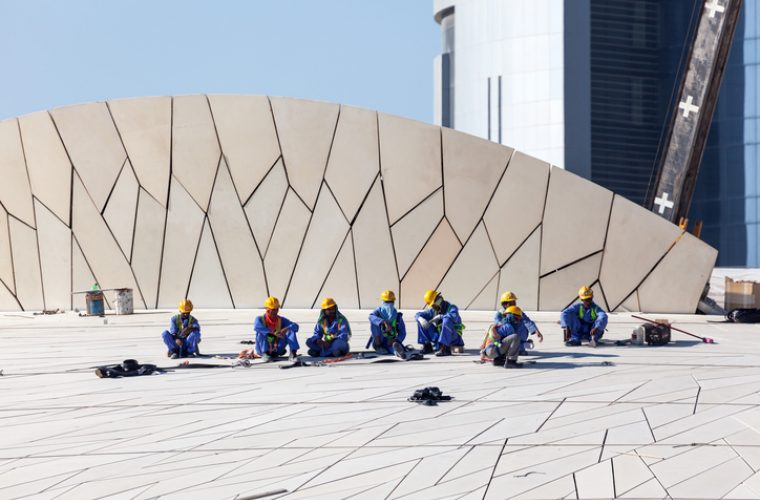 The Wage Protection System (WPS) ensures that workers in Qatar receive their salaries through an electronic salary transfer system which allows companies and institutions to pay employees via banks which have been approved and authorized to provide the service. The system has been developed by the Qatar Central Bank. It allows the Ministry of Administrative Development, Labor and Social Affairs (MADLSA) to maintain a database that records wage payments in the private sector, and guarantees payments are made in full and on-time. The WPS includes all institutions and companies registered with the Ministry across all sectors and industries.

The WPS includes the monitoring of payments made to employees of over 50,000 companies in the country. In order to monitor the WPS, the Ministry has a Department of Wage Protection.

Prior to its implementation, the Labor Department fielded numerous complaints of salaries not being paid or inordinately delayed. Therefore, the government decided to protect employees by ensuring they're paid on-time and thus encouraging a safe work environment. It was from this that the WPS was formed.

Large firms have minimum standards, and salary payments are not an issue with the majority of them. However, with smaller companies, including sub-contractors, their have been instances where these companies have abused the privilege of operating in Qatar and often ended up exploiting their workers -- mainly by delaying wages or, sometimes, even not paying them at all. The question is? Has the WPS helped to alleviate this, or have loopholes been found?

Migrant-Rights.org spoke to a cross-section of workers in Qatar employed by sub-contractors on their experience with the WPS. Ravi, a restaurant employee said:

“My bank card (ATM) is with the boss. They deposit the salary on-time and withdraw with the card as well. We are paid only in cash during the second week of the month. On some occasions the salary has been delayed by a month.”

“But bankcards of employees are not with the boss all the time. He keeps some and returns others. Cards are usually taken when we go on vacation and kept for a few months even after we return,” added Ravi.

Afzal, a driver with a limousine company, said:

“Until last month, cards of some of us were with the company and salary was paid in cash. Now, they have returned the cards but we do not know if they will be taken back or not. When they keep the cards, salaries are always delayed.”

These statements send out a clear message -- proper investigations need to be carried out in order to find out which companies are not abiding by the WPS.

Penalties and fines for violating companies

Failure to comply with Article 66 of the Qatar Labour Law can incur penalties. These are: (i) imprisonment of up to one month, and/or (ii) a fine of QR 2,000 and QR 6,000 per employee. For an employer to be put behind bars, an individual would need to be joined as a party to the claim. This person is usually a general manager or an authorized signatory.

An employee who has had to forgo wages can make a claim with the Labor Court. If an employer does not transfer payments using the WPS within seven days of their due date, the Minister can suspend issuance of new work permits to the employer and/or suspend all dealings with the Ministry. This is subject to the suspension, not including authentication of any job contracts.

An official from the Ministry of Administrative Development, Labour and Social Affairs (MADLSA) has said that in spite of the WPS being implemented, many companies have yet to incorporate it. The official stated: “The government is taking action to identify companies that are yet to implement the WPS. Such companies will be blacklisted and lose the support of the government."

Companies need to comply with the WPS or else they will not be able to interact with the Ministry at any level for crucial work like visa change, work permits, and other services. A suspension can only be removed by the Minister or his designee, and only once an employer submits proof that unpaid salaries have been transferred and received.

Employees can change jobs without an NOC from their employers if the company fails to pay their salaries within seven days of the due date, according to a MADLSA official. This rule is yet to be implemented, though a ministerial decision has been taken. As the official said:

"The government wants all companies operating in the country to pay monthly salaries to their employees on-time or, in certain cases, within seven days from the due date. If they fail to do so, employees of such companies will have the right to change jobs even if they have not completed the contract period."

A new committee is also being formed to settle labor disputes within three weeks, which was earlier done by the Labor Court. The committee would be comprised of members from MADLSA, the Ministry of Interior, the National Human Rights Commission, and a judge of the court.

Fight for your rights

The Qatar Labor Law guarantees rights and payments of labor to employees of all nationalities. Employees who are working in different companies and institutions inside Qatar can submit a labor complaint to the Work Relations Department of the Ministry of Administrative Development, Labor and Social Affairs (MADLSA) in case of any dispute between them and their employers.

Labor complaint by Ministry of Labour and Social Affairs

Additional information: You can review Law No. 3 of 2014 amending certain Provisions of the Labor Law promulgated by Law No. 14 of 2004.

The mission of the National Human Rights Committee (NHRC) is the protection and promotion of human rights for everyone, subject to the jurisdiction of the State of Qatar (citizens, residents, and transit travellers). Those who feel their rights are violated may file a complaint to the NHRC to take necessary action.

Additional information: You may also send the complaint form after printing it along with the supporting documents by fax to (00 +974 444-44013) or email it to [email protected].

Have you faced any issues with the WPS? How has the WPS system helped you? Drop us a line in the comments below and let us know. Also, don't forget to like and share this article.