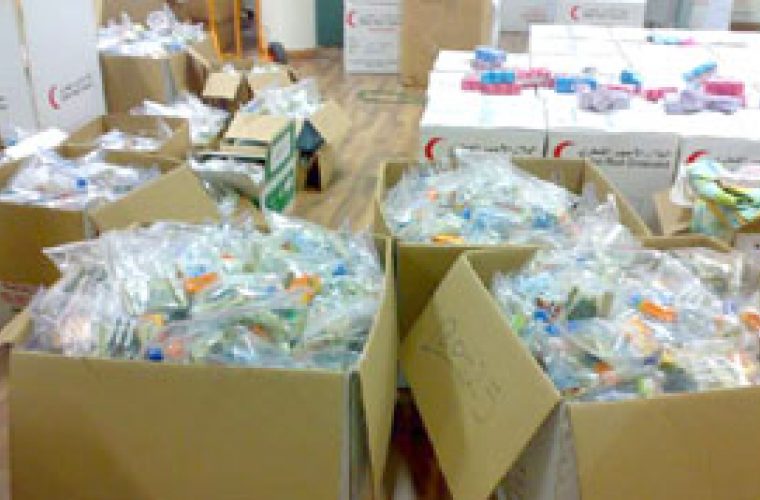 Members of the Qatar Living Volunteer Group (QLVG) and the iloveqatar.net Volunteer Group (ILQVG) yesterday took part in an Iftar charity drive, distributing food packages to motorists at traffic intersections to help them break their fast safely and reduce reckless driving around the time of Iftar. The volunteers have been working throughout the week to prepare the packages for distribution, donating and collecting small bottles of water, juice, dates and maamoul. Yesterday evening, the volunteers took to the streets of Doha to hand out the packages and help people to break their fast without the need to speed home or elsewhere for Iftar. The volunteers have taken part in this activity for the past two years, and this year the co-ordinator for both groups, known as ‘Speed’ helped bring together more helpers and co-ordinated a large group of volunteers distributing some 1,600 food packages throughout Doha. “Every year, Qatar volunteers unite to offer a small gesture of giving towards their fasting friends in Qatar,” said Speed, adding “small packs are prepared and distributed at Iftar time to all the fasting people who are still on the roads and have not yet reached their homes to be able to break their fast. “A forum was opened on Qatar Living introducing the annual drive and listing the items that are required for contribution - a large number of people showed enthusiasm towards the campaign and the donations came pouring in, with a total of 8,000 items being collected within two days,” he said. The packets were put together this weekend at the Qatar Red Crescent, where the items were placed in individual bags before being packed into large boxes in preparation for yesterday’s distribution drive. Twelve volunteers were at each location on major traffic intersections. Three volunteers stood in each lane, handing out the packages to the motorists who had stopped at the traffic lights. “I think it’s a great idea as the roads tend to get a bit hectic around Iftar time – if people can break their fast and drive more safely it could potentially prevent accidents,” said one expatriate upon seeing the packs being distributed yesterday. “A number of organisations have been running similar drives during Ramadan, and as always, it is great to see people volunteering their time and effort for the benefit of others,” she added. http://www.gulf-times.com/site/topics/article.asp?cu_no=2&item_no=384069&version=1&template_id=36&parent_id=16