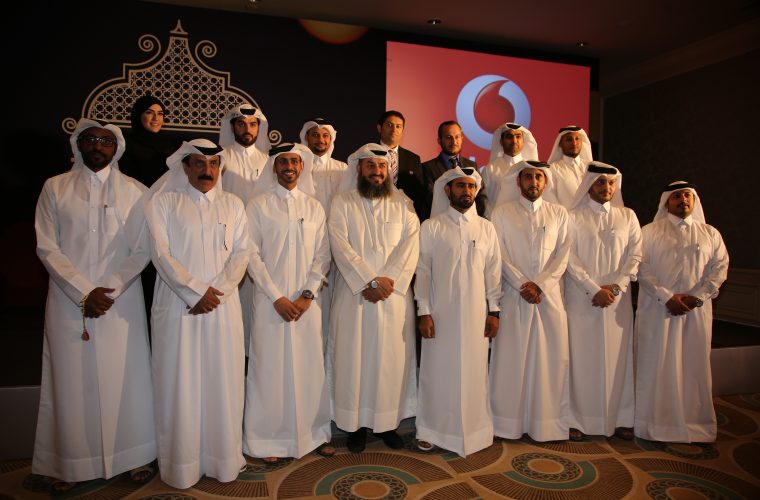 The second edition of Vodafone’s hugely successful fundraising challenge #GivingChallenge has raised a total of QR1,008,500, as a result of 100,850 votes which is more than double the amount raised last year. The challenge which was launched on the first day of Ramadan saw 4 Qatari social media influencers use their social media channels to raise funds for their chosen charity.

again this new and innovative way to do charity has proved to be hugely successful reaching more than 2 million people via social media.”

“We are so proud of the tremendous efforts that Asma, Hasan, Eid and Abdulrahman dedicated to raising funds for their chosen charities. The raised funds will now support the honourable work that the charities do to help thousands of underprivileged people in and out of Qatar,” continued Al Yami.

Asma Al Hamadi who raised the most funds for her chosen charity Qatar Charity said, “I would like to thank Vodafone Qatar for giving me the chance to be one of the 4 participants in the Giving Challenge. Also I would like to thank Qatar Charity for supporting me during this challenge to raise funds for their education initiative for children in need. The competition between us for the sole purpose of giving was great and I enjoyed the experience. We need more of these competitions that are designed purely for charitable giving.”

The first edition of Vodafone’s hugely successful #GivingChallenge raised a total of QR450,000 for charities in Qatar. The funds raised went towards various projects including orphans education.

This year’s challenge highlights can be seen on Vodafone’s website www.vodafone.qa/GivingChallenge.