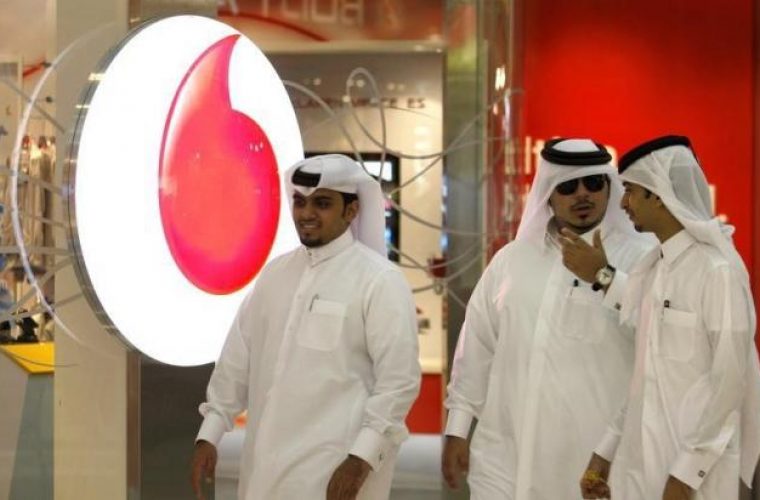 Vodafone said on Monday it would sell its stake in Vodafone Qatar to its joint venture partner, the Qatar Foundation, for 301 million euros ($371 million) but keep its red brand present in the country under a future partnership deal.

A person familiar with the situation said the decision stemmed from its wider move to sell assets it did not control. The world's second-biggest mobile operator has spent several years selling minority stakes under its Chief Executive Vittorio Colao, who is seeking to streamline the sprawling group, exiting countries such as Poland, China and France, The peninsula Qatar reported.

The British company said despite the sale its brand would remain in Qatar as part of a partnership agreement that will run for an initial term of five years.

The Company’s Telecommunications Networks and Services Licence (the “Licence”) originally granted by the Communications Regulatory Authority (CRA) for 20 years has been extended for an additional 40 years to 2068. This will reduce the amortisation cost annually from QAR 403 million to approximately QAR 100 million. The Board believes this will make the Company profitable for the foreseeable future.

The Board has agreed to continue its long term partnership with Vodafone Group Plc by agreeing to a technical support agreement of 5 years with an option to extend which will provide Vodafone Qatar with access to all services and support it currently enjoys and with Vodafone Qatar continuing as a Vodafone branded company.

Board and Executive Management Restructure

To drive the Company forward and with the above in mind, Rashid Al Naimi has been elected the Managing Director with immediate effect. As the CEO of Qatar Foundation Endowment, Rashid Fahad Al-Naimi is responsible for Qatar Foundation’s investment portfolios He is also the residing Chairman of MEEZA and Mazaya Qatar, and a Board Member of Vodafone Qatar.

Ian Gray, Vodafone Qatar’s current CEO and Board Director has decided to retire and steps down following the Company’s Annual General Assembly (AGA) on March 19. H.E. Sheikh Hamad bin Abdullah Al-Thani will then take up the role of CEO. H.E Sheikh Hamad bin Abdullah Al-Thani currently holds the role of Vodafone Qatar’s Chief Operating Officer. Since joining Vodafone Qatar in 2013, he has served in several roles including: Senior Business Development Manager, Head of Public Sector Sales and Sales Director. Under his leadership, Vodafone Qatar’s enterprise market share grew substantially as did the Company’s position as an ICT and mega projects service provider. Before joining Vodafone Qatar, he held multiple ICT related roles in the oil and gas sector. He holds a BA in Computer Science from the University of Ottawa in Canada.

Moreover, the company intends to recommend to the shareholders at the EGA to reduce the size of the Board from 9 members to 7 members, which will take effect at the end of the term of the existing Board Members, subject to obtaining the approval of the shareholders of the Company at an EGA.

Commenting on these positive Company changes, H.E Mr. Abdullah bin Nasser Al-Misnad, Chairman, Vodafone Qatar said, “I strongly believe that these changes will provide the immediate requirements needed to accelerate Vodafone Qatar’s future development as an industry leader in Qatar. These changes will also have a positive impact on the operational and financial health of the Company and as a result, deliver strong long term shareholder value.

On behalf of the Board, I’d also like to express my sincere appreciation for Ian Gray’s part in driving a strong recovery of the Company and laying a solid foundation which our new leadership will continue to build on going forward.”

Current CEO, Ian Gray said, “I’d like to thank the Board, our shareholders, employees and customers for the opportunity to lead this great Company over the past two years. I am proud of the accomplishments we have had and am confident that the foundations we have to deliver our future growth are in place. I congratulate Sheikh Hamad on his new role as CEO in which his experience and commitment will have a profound impact on delivering the Company’s vision.”

Vodafone Qatar’s future CEO H.E Sheikh Hamad bin Abdullah Al-Thani said, “I want to thank the Board and Ian for their trust in me. I am excited about the future of Vodafone Qatar. We are at the beginning of a journey that will bring us closer to providing a converged digital ecosystem with smart solutions. I am certain that Vodafone Qatar will play a crucial role in driving the digital transformation in support of Qatar National Vision 2030. Customers have a great deal to look forward to in terms of innovation and choice.”