5 tips for vlogging responsibly in Qatar 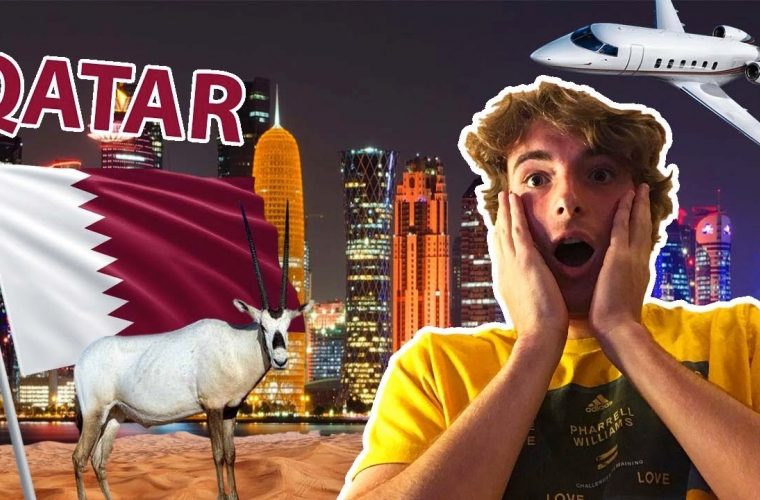 Amid criticisms being thrown at YouTube star Logan Paul over his disrespect of a deceased person's remains in Japan, questions like: 'When is the proper time to stop recording?' and 'Is it necessary to become mindful when vlogging even though it's informal?" start to arise.

'Vlog', a combination of the words 'video' and 'blog', has been around since the early 2000's. Right after the term 'vlog' was coined in 2004, the trend has slowly become a household name especially with the rise of YouTube the year after.

From the name itself, a vlog is a form of blog for which the medium is video supported by text, images, sounds, and animation. Unlike a film, vlogs don't need to have a specific flow or story-line. Almost everyone can acquire their own cameras in the digital age -- which means there are really no restrictions whatsoever as to who can point a camera on themselves and speak non-stop -- which is the main premise of what a vlog should be.

And, if the blogging community has a 'blogosphere', then vloggers have their own segment called (you guessed it!) a 'vlogosphere' -- a small but growing community.

So what's making the news in the vlogosphere now that the New Year has arrived?

Only one name comes to mind -- Logan Paul.

Amassing more than 15.6 million followers on YouTube and being hailed 10th most influential figure in Vine in 2015, it's easy and safe to say that the 22-year-old is one of the most well-known vloggers in the world today.

But his popularity took a dark turn when he posted a video called 'We Found a Dead Body in the Japanese Suicide Forest' on December 24, 2017. The video has since been removed. However, after a few hours of it being up online, the YouTuber began receiving a deluge of backlash on his channels, with comments ranging from 'Not funny', to 'Kids shouldn't look up to you', and even one subscriber stating 'You just ended your career, bro.'

Known for its reputation of having one of the highest suicide rates in the world, the Aokigahara Forest is a sacred site found on the northwest base of Japan's Mount Fuji. While roaming the forest with a tour guide in the controversial video, Logan Paul didn't follow his friend's advice to turn off the camera when they spotted human remains. Instead, he continued recording, behaving disrespectfully towards the deceased by cracking jokes, making rude noises and filming close-ups of the body.

Just like depression and racism, suicide is likewise a sensitive subject matter to tackle, regardless of the medium or platform.

In light of Logan Paul's now-deleted video and the ensuing controversy, we're asking the question what can vloggers in Qatar (and everywhere for that matter) learn from what's happened to the disgraced YouTube star?

Not many vloggers (full-time or hobbyists) are based in Qatar. While Doha remains a hotspot where professionals of all nationalities convene to secure a well-paying job, some emerging vloggers and social media influencers prefer flying out to exotic or far-flung destinations to gather content for their video blogs.

But Qatar has a lot to offer content-wise for vloggers to sink their teeth into! The capital is one of the safest cities in the world and, if you head to our beaches and deserts, you'll realize there's good reason why Qatar was recently hailed as the 'Most open country in the Gulf region.'

Here are five tips to keep in mind if you're hoping to make a career out of vlogging in Qatar:

1. Beginners? Get your facts straight!

While vloggers may not be professionally-trained or accredited journalists, they're still disseminating information to the public -- and with that comes a certain responsibility towards accuracy and credibility. You can't call yourself a vlogger if you don't feel credible or are unsure of your facts. So, if you haven't done prior research about, let's say, the Museum of Islamic Art for your latest vlog post, then for beginners (at least for now!) it's better to settle for a general location you're comfortable vlogging about -- for example the nearby mall or one of Doha's public parks!

2. Always check if the location you're planning to shoot in is permit-free

The State of Qatar is in a crucial stage of development, which means roads and infrastructure visible to the human eye can change without prior notice -- while other locations may prohibit filming unless you have a permit. In any given location for example, filming in the morning might be allowed (when not many people are out sight-seeing) -- but not anymore once the clock hits 6:00 p.m. and it's peak hours! It's always a good rule of thumb to ask in order to avoid getting in trouble with the vicinity personnel.

In Katara Cultural Village, visitors are allowed to take photos or videos only after obtaining permission. Interested vloggers can apply online to get permission at least one working day in advance of your date of filming.

3. Vlogging inside the mosque is fine, but not when a prayer is ongoing

This tip is very much self-explanatory. Being an Islamic country, mosques are everywhere in Qatar, and it's not prohibited to feature some of them in your vlogs. While decency and proper decorum are advised, it's also a plus to know the prayer timings before planning your visit. This way, you won't be a cause of interruption to the devotees seeking solitude in their place of worship.

4. If you're trying to vlog outside-the-box, know your limits

While it's important to obey the local laws, rules, and customs, this doesn't mean that your content has to be mediocre as a result! Vloggers are always seeking to give their viewers something fresh, new, and interesting. And there are many ways to do this without breaking any laws or putting your safety at risk. For example, are you a rooftopper who wants to show the Doha skyline from a different perspective? Contact one of the city's many West Bay hotels to request permission to access their heli-pad for that 360-degree view!

Pushing the vlogging envelope can lead to content that's engaging, colourful, and click-bait -- but also involves extra-mindfulness when it comes to getting the shots you want. Always know your limits and put safety first.

This goes side-by-side with respecting the country's culture. In Qatar, while expats make up almost a quarter of the entire population, Qatar is a Muslim country, and the majority of Qataris value privacy for themselves and their families -- especially women. It's not considerate to point the camera at them without their permission, and as a content creator, you should respect that.

Have you tried vlogging in Qatar? Or maybe you're already an established content creator? Drop us a line in the comments below and tell us if these tips were helpful to you! Also, don’t forget to like and share this article.