Vegetable, fruit supplies to be hit after fire 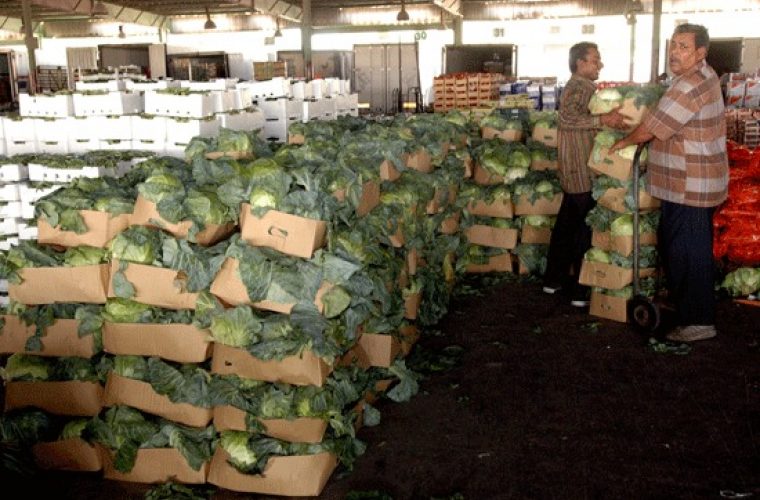 Supply of fruits and vegetables in Doha will be hit in a big way today as authorities sealed wholesale outlets and cleared the entire stocks of commodities stored at retail shops in the Kilo Market, after several wholesale shops next to the market were gutted in a major fire yesterday.

Sources told this daily that health authorities at the Ministry of Municipal Affairs and Urban Planning have also closed down another market nearby, leaving consumers to depend on the market in Abu Hamour.

According to sources, officials from the ministry sealed over 20 wholesale and more than 130 retail outlets at Kilo Market shortly after firefighters doused the blaze that ravaged nearly a dozen wholesale shops.

Witnesses said thick smoke from the site had enveloped the vegetable market for hours.

Officials suspected the smoke emanated from grocery shops was toxic and did not rule out the possibility of vegetables and fruits getting contaminated and becoming unfit for consumption.

“We heard frequent explosions at the site. Most grocery shops store soaps, detergents and other chemical agents in large quantities.

“Chances of toxic fumes affecting the quality of food items are very high,” said a witness.

A retail merchant at Kilo Market said officials, including health experts, arrived at the market shortly after the firefighters controlled the blaze. They sealed wholesale outlets and removed entire stocks from retail outlets.

Nearly half a dozen truckloads of ‘contaminated’ vegetables and fruits were removed from the market, after crushing them in public, sources said.

“Fruit and vegetable supply is certainly going to be hit, at least for the next two days. With two major markets closing down, consumers will be forced to depend on the only market in Abu Hamour,” said another retail vendor, who didn’t want to disclose his name.

As directed by authorities, retailers washed their outlets and kept the space clean and tidy last night.

They expect authorities will let them resume business tomorrow.