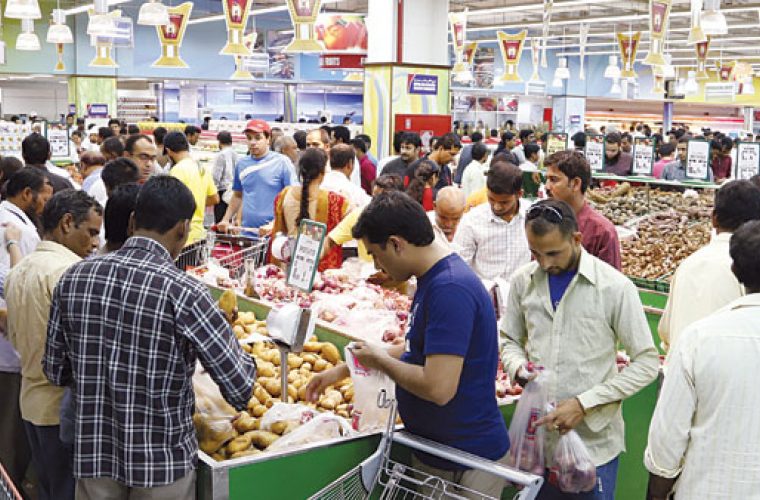 With shopping in preparation for the holy month of Ramadan reaching its peak, a cross-section of consumers have complained that prices of non-regulated products vary significantly at different outlets.

A twin pack of Al Rawabi Juice (2litre x 2) is sold at one leading hypermarket for QR12.50 while the same is sold at some other shops for QR13 or QR14.

A customer shopping at a hypermarket in Doha yesterday told Gulf Times that he found some commodities sold at promotional prices were more expensive than their regular ones.

“I bought three cans of Al Alali Oats of 500gm each sold at promotional price of QR15.50. Later I found the same product was sold at QR5 for each tin at the same shop. How can it be justified?” he asked.

When contacted, a representative from the outlet in question said that the promotional item was priced before the start of the Ramadan pricing.

“Earlier we were selling the product at QR6 per can and the promotional price for three cans was QR15.50. Now we are selling it at QR5 as a special price for Ramadan as per government regulations.”

The official, however, admitted that there was impropriety in selling the promotional products at a higher price than the regular one.

Another customer said that announcements made by many outlets did not have much change from the earlier prices of the products. Some of them said that many of the promotions announced were already in effect many times in the past.

“The combo promotion on the frozen Sadia chicken has been the same about two weeks ago. Three pieces of chicken were sold at QR37.75 in the past couple of weeks as weekend promotion in many outlets. The same is being repeated in the new promotion,” he said.

As many as 400 commodities have become available for lower prices across Qatar as part of the Ministry of Economy and Commerce’s initiatives during the holy month of Ramadan which begins tomorrow.