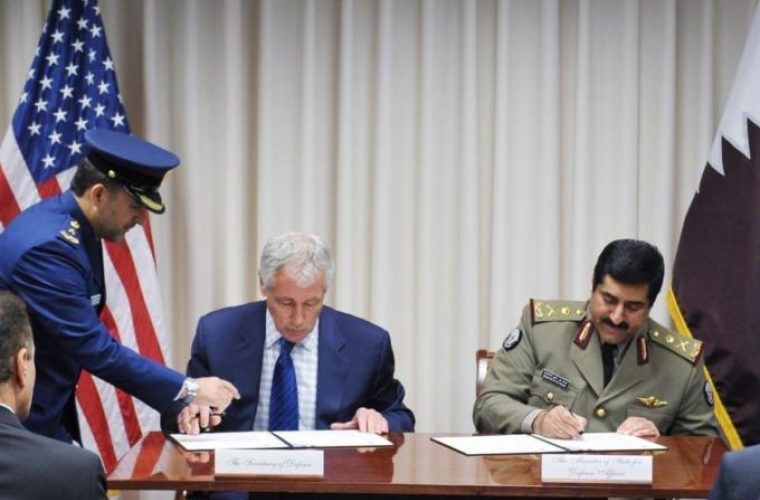 The United States has signed an agreement with Qatar to sell Apache attack helicopters and Patriot and Javelin air-defence systems valued at $11bn.

The agreement was signed at the Pentagon by US Defence Secretary Chuck Hagel and Qatar's defense minister, Hamad bin Ali al-Attiyah.

"Today's signing ceremony underscores the strong partnership between the United States and Qatar in the area of security and defence and will help improve our bilateral cooperation across arange of military operations," Pentagon spokesman Rear Admiral John Kirby said in a statement on Monday.

The deal is reported to be the biggest US arms sale so far this year.

Hagel visited Qatar in December when he and Attiyah signed a 10-year Defence Cooperation Agreement to govern interaction between US and Qatari forces and enable the continued assignment of American troops to installations in the area, including the Combined Air Operations Center at Al Udeid Air Base.

"This is a critically important relationship in the region," said Kirby. "And the secretary is pleased to be able to continue to make it stronger."

Qatar is a key US ally and was instrumental in completing the deal that gained the May 31 release of army sergeant Bowe Bergdahl, who was held for five years by the Taliban, in exchange for the release by the US of five Taliban commanders imprisoned at Guantanamo Bay, Cuba.

In recent years, Washington has made a priority of improving the air defences of its Gulf allies.