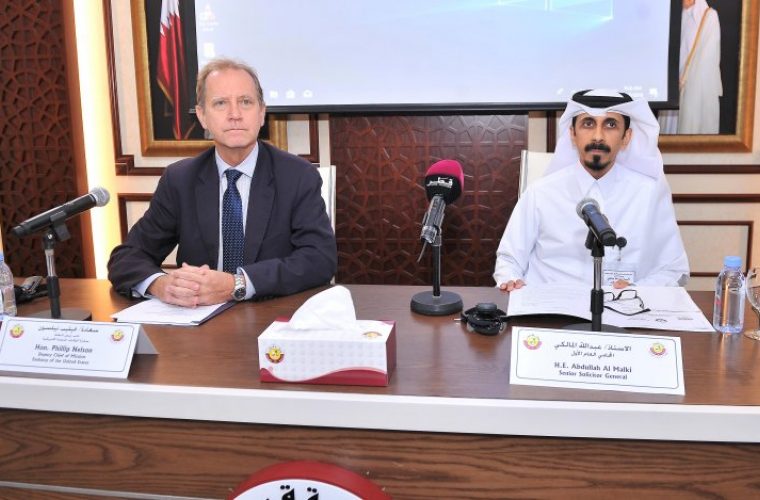 Deputy Chief of Mission at the United States (US) Embassy in Doha, Phillip Nelson, has praised Qatar’s role in the fight against terrorism and money laundering, emphasising on the fact that the State of Qatar is an important US ally and partner on this.

Yesterday, The Institute of Criminal Studies at the Public Prosecution, organised a training workshop about combating money laundering, detecting and prosecuting terrorism financing and forfeiting the assets of criminals.

Nelson pointed out that the US was very pleased with its relationship with Qatar which was very open to regional cooperation and open to working with the US, and the US is satisfied with Qatar’s role in the fight against terrorism. Both countries maintain the closest possible relationship in judicial and law enforcement work because they share the same determination to defeat terrorism, terrorism financing, money laundering and other criminal activities. He also added that

The two-week event has been organised in collaboration with the US Department of Justice and the FBI at the Public Prosecution headquarters, with participation of around about 30 government representatives.

Nelson also said that this conference was very timely on account of the Qatari government's efforts towards strengthening of all aspects of anti-money laundering and counter financing of terrorism. It will introduce some new techniques during the discussions and practical exercises that will serve to clarify the many ways that terrorism financing and money laundering are conducted,.

According to Nelson, internet technologies and social media are the new tools used by criminals and terrorists to undermine societies and national security, but they also provide the same opportunities to law enforcement. When terrorists use technologies to raise funds or to transfer and launder money electronically, they leave tracks which can be traced and used by investigators to identify the perpetrators and bring them to justice.

Abdulla Al Malki, Senior Solicitor General of the Qatar Public Prosecution, talked about the financing of terrorism and money laundering which are considered crimes that pose a threat to Qatar and its society and require the consolidation of efforts and the development of strategies to deal with these destructive phenomena. He was confident that the workshop would achieve its objectives and that the participants would be able to use the skills they will acquire to effectively combat the financing of terrorism and money laundering.