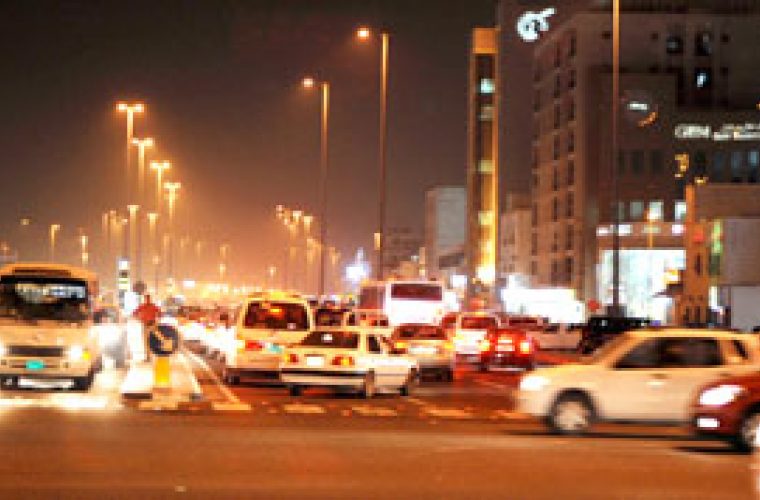 Incessant road construction and poor quality of roads are the main annoyances cited by Doha motorists in a survey conducted by Gulf Times yesterday. Rather than traffic jams or aggressive driving, most respondents complained about road works which they said seemed to be going on “forever”. A Qatari driver said that although Qatar has the world’s second highest GDP per capita, the roads look like “we are in Kandahar (Afghanistan)”. “You try going to the Industrial Area, inner roads of Rayyan, Doha Jadeed, Mamoura and you will know what I’m talking about,” he said. He suggested that activities such as mail delivery, watering of public gardens, garbage collection and construction work be done at night to ease traffic jams. “I go to the university (Qatar University) and see these kids driving huge family vehicles. Of course our roads are congested,” he added. A New Zealander, who has been trying to figure out Doha’s traffic for the past two years, stressed the need to address the problems of dangerous tailgating and cutting across lanes at roundabouts. This driver’s “worst nightmare” is the Industrial Area. “What I’d suggest is better quality roads that are able to stand rain without falling apart; fixing of potholes on priority basis so vehicles are not damaged; and a police more focused on pulling over and ticketing dangerous drivers,” the New Zealander said. A Romanian who has been driving an SUV in Qatar since 2002 said she was really “sick of road construction everywhere and the aggressive drivers.” “They started repairing the roads for how many years back and till now they are looking the same. They should not start new projects until they finish the existing ones,” she said. Her “bad spots” were Salwa Road, Bank Street, Ramada Signal, the Corniche and City Centre. An Egyptian said roundabouts were his biggest annoyance, adding: “A land cruiser coming behind me with high lights trying to kick me off the road also enrages me.” Asked about his worst driving areas, he said he tried to avoid Jaidah Flyover and Ramada Junction. An Indian who got his driving licence two years ago said what bothered him most was drivers breaking rules when changing lanes, besides unnecessary honking and tailgating. He also pointed out the callousness in placing garbage bins in the corner of narrow interior roads, posing a risk of accidents. His worst experiences were at the Ramada Junction and the National area. A Lebanese and an Australian complained that roads in Doha lacked proper lighting and signboards. “Each main road needs to have at least four lanes, specifically the Corniche Road needs be expanded on an urgent basis. Floating bridges on the sea can be a good alternative to divert the traffic there.” “You also need to fill up the road bumps that cause serious road accidents. Signboards need to be placed on all the roads marking different locations/landmarks along with directions.” Areas they would avoid at all costs are Jawaan Street, Salwa Road, Jaidah Flyover, Corniche, C- and B-Ring Roads. Other suggestions included placing fences on main roads to stop pedestrians crossing haphazardly. One driver called for opening hotlines to report dangerous driving. http://gulf-times.com/site/topics/article.asp?cu_no=2&item_no=287828&version=1&template_id=36&parent_id=16