Uncovering a new history for Qatar and the Gulf 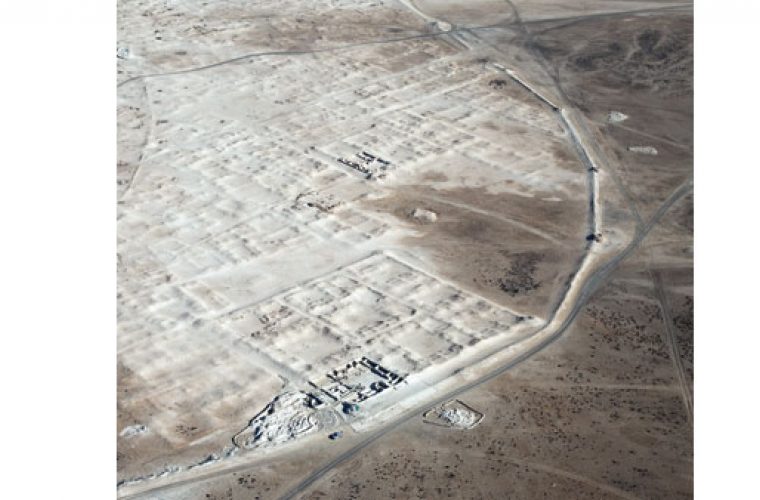 In the 1760s CE, leaders of a tribal federation known as the Utub led a migration from Kuwait and Basra to the western shores of Qatar with the intention of starting anew at a place called Al Zubarah. Seeing some advantages in a rocky, but water-poor, knoll on a sheltered harbour, within a few years a gleaming town was built to a predetermined plan replete with mosques, markets, palaces, houses, a grid of streets and communal spaces.

A settlement of over 60 hectares was created and enclosed within a defensive wall 2.5kms long. To safeguard this significant investment, the fortress of Murair was built around wells on the desert scarp some two kms inland, and joined to the sea by a hand-cut canal of massive proportions. Underpinning this activity was an economy based on regional trade, pearl fishing and pastoralism, with connections reaching both East and West.

In the lead up to and following World Heritage listing of Al Zubarah Archaeological Site in 2013, a fresh programme of archaeological excavations by Qatar Museums, in partnership with the University of Copenhagen, have explored anew the abundant material heritage of Al Zubarah. Soon it became clear that a fixation on a pearling historical narrative had considerably underestimated the dominant role of geopolitical and cultural factors in the rise and significance of Al Zubarah. As a result, its influential place in the development of the modern Gulf had been greatly undersold.

In what ways, then, have the discoveries from new excavations since 2009 led to a fresh understanding of Al Zubarah’s place in Gulf history? The Qatar Museums investigations have differed in two important ways from earlier work: firstly by focusing on diverse locations (called Excavation Points –EP) to maximise our insight into different activities at the site; and secondly by applying up-to-date investigative techniques to maximise the full range of data available from modern excavations. The results have exceeded our expectations.

In EP01, two residential compounds dating to the later 18th century CE have produced architectural and cultural information on life in the town’s heyday. Built of gypsum-plastered stone, concealed entrances from linear streets led into a central courtyard, around which domestic and social life took place in long rooms. Rooms were grouped according to activities: food preparation, socialising, personal hygiene, and private areas. The huge range of objects recovered reveal the tastes, preferences, economic activities, diet, and cultural contacts at Al Zubarah, including ceramics (especially Chinese and Iranian), a pearler’s chest, and food remains from kitchens. The uncovering of a dhow etching in one room reveals the maritime focus of the town. Insight was also gained into the contraction of Al Zubarah in the 19th century, at which time an inner defensive wall was built over demolished houses to protect the inner core of the site along the beachfront.

A different set of activities, mostly to do with commerce and manufacturing, was uncovered in EP02. Located on the beach front of the town, warehouses and production facilities have been found, with ongoing work revealing the organised nature of activities in the town’s commercial heart. Here the archaeology reveals a long period of use, showing little change in the role of this area into the later 19th century CE, even if the intensity of occupation waned. Structures along a street of the later 18th century show changes in function over time, with superimposed street surfaces indicating decades of traffic. Notable is the widespread conversion into date presses of the deep, elongated rooms along the street in their last period, perhaps reflecting attempts at economic rejuvenation after the relocation of many inhabitants to Bahrain following the expulsion of the Persians in 1783. EP02 has proven rich in material culture that reflects the full extent of commercial activity in Al Zubarah: Pearl diving paraphernalia, dhow stone anchors and a heavy stone windlass weight for securing boats, fine and course ceramics from near and far, glassware, traders’ weights, coinage from India, Iran and the Ottoman world, and a copper Jeton (token) of the Lauer family of Nuremberg, Bavaria. It, too, had travelled a great distance from its place of production; its final destination will be the new National Museum of Qatar along with over 200 other objects of many types from the recent Al Zubarah excavations.

At the south end of the town, excavations in EP04 have investigated a fortified compound of 100 by 110 metres, revealing diverse activities. One of a number of such complexes, these were the palaces of prominent sheikhs in which cultural, political, and economic life was enacted as a microcosm of wider Zubaran society. Subdivisions within the compound were linked to each other and the outside community by laneways. Excavations in two units have revealed a residential use for one, with a concealed entrance, an open recess for shade, a date press, kitchen and storage areas, and private rooms each with a washing alcove. Walls in the living areas were decorated with stucco, while a staircase is suggestive of an upper floor. In a second unit, a different plan and the depictions of dhows reflect a commercial function – something like EP04’s own business centre. What the excavations make clear is that EP04 came to a sudden but peaceful end, with many portable and reusable materials being removed. This may reflect the organised abandonment of the building with the departure of its occupants to Bahrain; lock, stock, and barrel.

In recent decades the informative value of garbage has been recognised as offering an unmatched insight into the consumption habits of a community. The excavation of a number of middens (rubbish heaps) have expanded our knowledge of daily life during the heyday of AI Zubarah. The work is detailed, meticulous, and just a little grimy. The range of objects retrieved has been huge, including coins, worked bone, beads, wood, glass, and metal objects such as iron nails, bronze fittings, pendants, buckles and rings. Broken pottery and the bones of sheep, goat, camel, and fish were recovered in large numbers. Prominent were pipe bowls still reeking of tobacco, hookah parts, and small handleless porcelain cups, signposts to the growing habit of smoking and coffee consumption and the burgeoning social role of these two stimulants in community life. The middens also produced perishable organic material including botanical remains (such as imported stone fruits and grains), human and animal hair, wood, rope and textile fragments.

Archaeology has done much to unveil the rich heritage of 18th and 19th century Qatar and bring it to the world stage. The work at Al Zubarah has illustrated the determined mission of the settlers who arrived from Basra and Kuwait with cultural and political ambitions equal to their commercial goals. Yet pearling and trade were nothing new in the Gulf, so why build on an inhospitable, waterless rocky knoll, and why then? To understand this we must turn to new research that is advancing our understanding of social change in the 18th-century Middle East, in which locally-based reformist groups promoted political and cultural reform in major towns, especially those with strong commercial credentials and a flourishing “café culture”. Within that historical context lay the inspiration for the foundation of a new cultural and economic centre in the middle Gulf. As the grip of empires weakened in the region, political and natural pressures saw Arab tribes quit Kuwait and Basra with Al Zubarah – located beyond Ottoman and Persian influence – becoming their chosen destination. In just a few years this town was to flourish, and took on the role of an incubator of Arab political and social independence in the region; today, Al Zubarah Archaeological Site stands as a lasting testament to the beginnings of modernity in the Arabian Gulf.