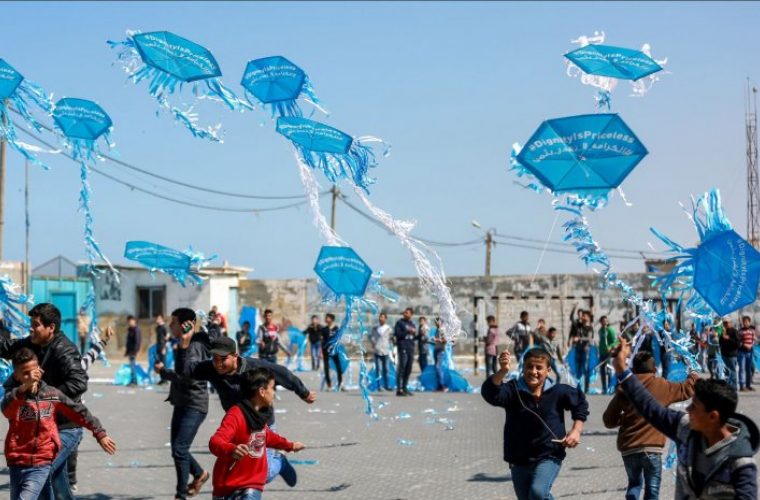 The UN Relief and Works Agency for Palestine Refugees in the Near East (UNRWA) hailed the financial support Qatar has announced during the extraordinary ministerial meeting to support UNRWA, which was held in Rome on March 15.

UN Secretary General Antonio Guterres on March 23 had expressed his thanks and gratitude to the Emir H H Sheikh Tamim bin Hamad Al-Thani for Qatar's pledge to donate $50 million to UNRWA.

"With its unprecedented pledge of $50 million to UNRWA at a recent ministerial conference in Rome, Qatar will become one of UNRWA's top donors and will have a major impact on the Agency's ability to continue its vital services to the vulnerable Palestinian refugee community during this period of dramatic financial crisis," UNRWA said Monday in a statement.

Qatar made the largest pledge during the ministerial meeting that took place under the theme "Preserving Dignity and Sharing Responsibility Mobilizing Collective Action for UNRWA."

According to the statement, the donation will safeguard Palestinian refugee children's access to education in the West Bank, Gaza, Jordan, Syria and Lebanon for the remainder of the current academic year as well as other core and essential services UNRWA provides to Palestinian refugees in the Middle East.

UNRWA Commissioner General Pierre Krahenbuhl expressed gratitude to Qatar, praising it for interpreting its political commitment into action and for its support to the Palestinian refugee community in the region.

"The partnership between UNRWA and Qatar has been developing for years and with this unprecedented donation will now enter a new phase, with a significant focus on education, including emergency education, particularly in Syria and Gaza," the statement said.

The statement highlighted Deputy Prime Minister and Foreign Minister H E Sheikh Mohammed bin Abdulrahman Al-Thani's speech during the meeting when he announced that in reaffirmation of its firm support to UNRWA, Qatar was donating $50 million to the agency to enable it to offer the necessary services to the Palestinian refugees, stressing the attention Doha pays to financing the basic services of UNRWA.

In a press conference on March 28, Krahenbuhl had called on other world countries to follow the steps of Doha in donating to the organization to support its services for more than five million Palestinian refugees.

Krahenbuhl said the deficit in UNRWA's budget must be secured through serious work, adding that the additional $100 million that were paid to the organization constitute a good step but are not enough. He said the agency was taking all the necessary measures to protect the mandate given to it by the United Nations.

Qatar's donation during the recent ministerial meeting was the biggest among pledges offered by participating donor states. It amounted to 50 percent of the total pledges made to the agency whose financing deficit recently reached critical levels.

The extraordinary meeting was held in the wake of the US decision to slash its 2018 contribution to UNRWA from $125 million to $65 million under the pretext that it needs to radically reassess the way UNRWA is funded and the way it operates, while U.S. Ambassador to the United Nations, Nikki Haley, said her country was suspending the financial contribution to UNRWA in order to compel the Palestinians to return to the negotiations table with Israel.

UNRWA started to operate in 1950 and was founded due to the Arab-Israeli conflict. It manages 711 schools and 143 clinics and provides social, relief and loan services to protect Palestinian refugees and preserve their dignity and rights.

Upon its foundation, the agency provided services to nearly 750,000 refugees. Today, more than 5.9 million Palestinian refugees are eligible for its services. The agency considers as Palestinian refugee anyone whose residence between June 1946 and May 1948 was Palestine and has lost their properties, money and house due to the Arab-Israeli conflict in 1948. (Source)