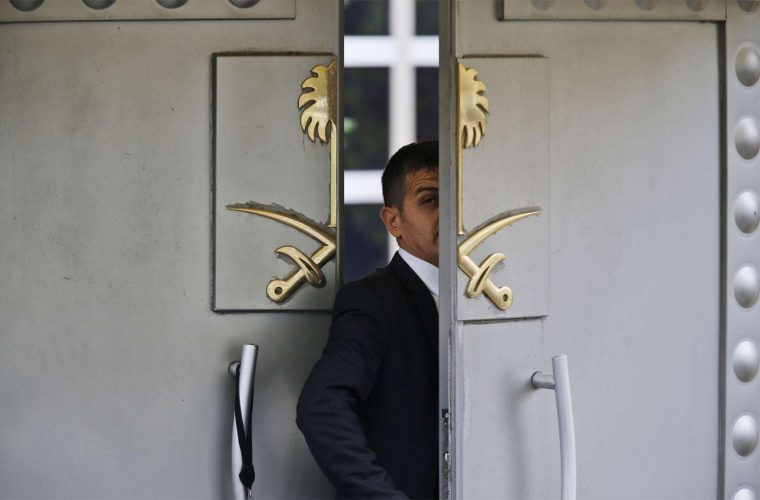 (A security guard walks in the Saudi Arabia consulate in Istanbul, Oct. 9, 2018)

Britain’s main opposition Labour Party would stop selling arms to Saudi Arabia if it was in government, its foreign policy spokeswoman said on Sunday after the disappearance of Saudi journalist Jamal Khashoggi.

Khashoggi entered the Saudi consulate in Istanbul on Oct. 2 to get documents for his forthcoming marriage. Saudi officials say he left shortly afterwards but Turkish officials and his fiancée, who was waiting outside, said he never came out.

Turkish sources have told Reuters the initial assessment of the police was that Khashoggi, an outspoken critic of the Saudi government, had been deliberately killed inside the consulate. Riyadh has dismissed the claims.

“We would stop selling arms to Saudi Arabia in current circumstances until they changed their ways ...We would be making it clear that we disagreed,” she said.

“I think our country has had enough of this. I think we have to stand up to them and have to say that the current behaviour is unacceptable.”

Foreign minister Jeremy Hunt has called on Saudi Arabia to explain what happened to Khashoggi.