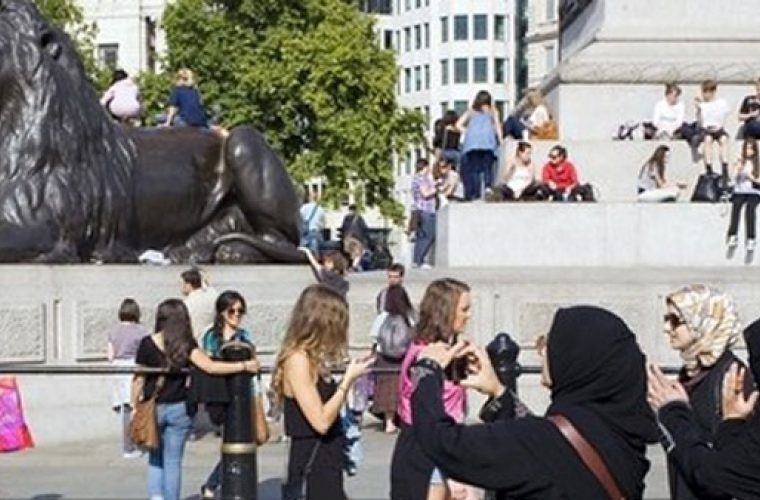 "This time in the summer there was a phenomenal rise in the number of Qataris who visited Britain and at the end of the year the number may even surpass the figures of 2014," he explained while mentioning about the growing interest among Qataris in visiting his country.

The prominent among the investments made by Qatar in UK include Canary Wharf, which houses many of Europe's tallest buildings, Shell Centre and , Harrods Towers among others.

The ambassador mentioned about 19% of UK's energy requirements are met by Qatar now. Hopton said negotiations between Britain and Qatar were going on at different levels for the purchase of Euro Fighter Jets, which he said would be ideal for defending this country's air borders. The fighters are simultaneously developed in the UK, Germany, Italy and Spain.

More than 3,000 Qatari students are pursuing education in universities across Britain, according to the envoy who is leaving Qatar this week after a 27 month stint.

"This number is expected to shoot up in coming years as more and more local students are showing interest in educating from colleges and universities in the UK," he said.

Students who want to study in the UK universities have a separate online visa procedure and the embassy is making consistent making efforts to simplify the whole process.

The envoy recalled that the acclaimed University College of London (UCL), which offers some specialised educational programmes, formally started functioning in Qatar after he commenced his tour of duty.

Some students from the UK are also taking courses at the UCL Qatar, which functions at Qatar Foundation's Education City.

The ambassador said he is pleased that a local alumni association of Qatari graduates from varsities and colleges in the UK is active and its members are leaving no stone unturned to attract students to the educational campuses in Britain.

He also mentioned that HE the Minister of Energy and Industry Dr Mohamed bin Saleh al-Sada graduated from Manchester,which houses one of the widely acclaimed universities in the UK.

Answering another query Hopton said it is interesting to find as many as 12 schools in Doha are following the British curriculum. He said his inquiries with the Supreme Education Council (SEC) has found more and more schools, offering British educational programmes are on the pipeline and some may start functioning very soon. "Some of the British schools here have remarkably good reputation among the country's residents, both the Qataris and others," he said.

It is also understood that the under development Lusail City would house some new British schools when its first phase is ready next year, said Hopton.

The ambassador also singled out for praise the contributions made by Doha office of the British Council at the local and regional levels through a series of educational and cultural programmes for the country's students.