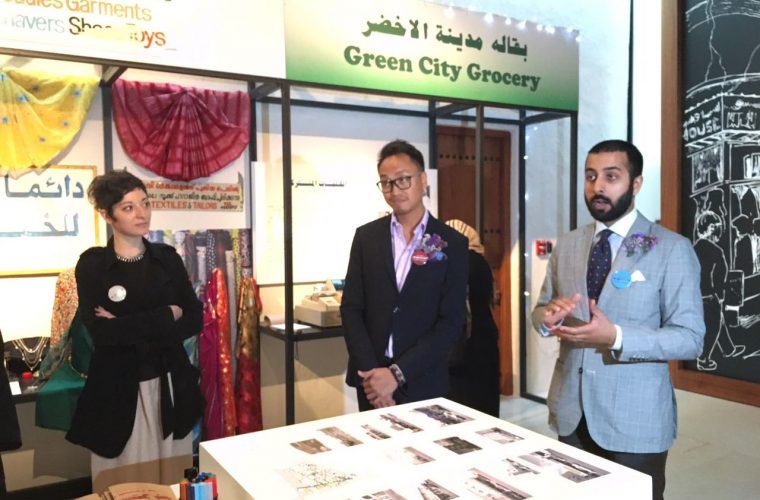 'Back To Msheireb: Shared Streets - Shared Stories', an exhibition organized by students of UCL Qatar, launched with an opening ceremony on April 4, 2017. The exhibit, displayed at the Mohammed Bin Jassim House in Msheireb Museums, was part of the yearly UCLQurates initiative of the Masters in Museum and Gallery Practice program at the university.

The student-led exhibit was conceived and executed by students over a period of several months with the support of faculty and the staff at Msheireb Museums. It comprised of artifacts assembled from the museum’s collection, objects obtained from families and former residents, and oral histories narrated by people who had lived in Msheireb when it was a hub of socialization, cultural exchange, and commerce. The students focused on the period between the 1980s and 2009 to evoke feelings of nostalgia.

According to a press release by UCLQurates, “‘Back to Msheireb’ presents a selection of found objects and oral histories of personal memories of this former commercial neighbourhood through an installation of pop-up stores inspired by the eclectic and often quirky character of this part of Doha. 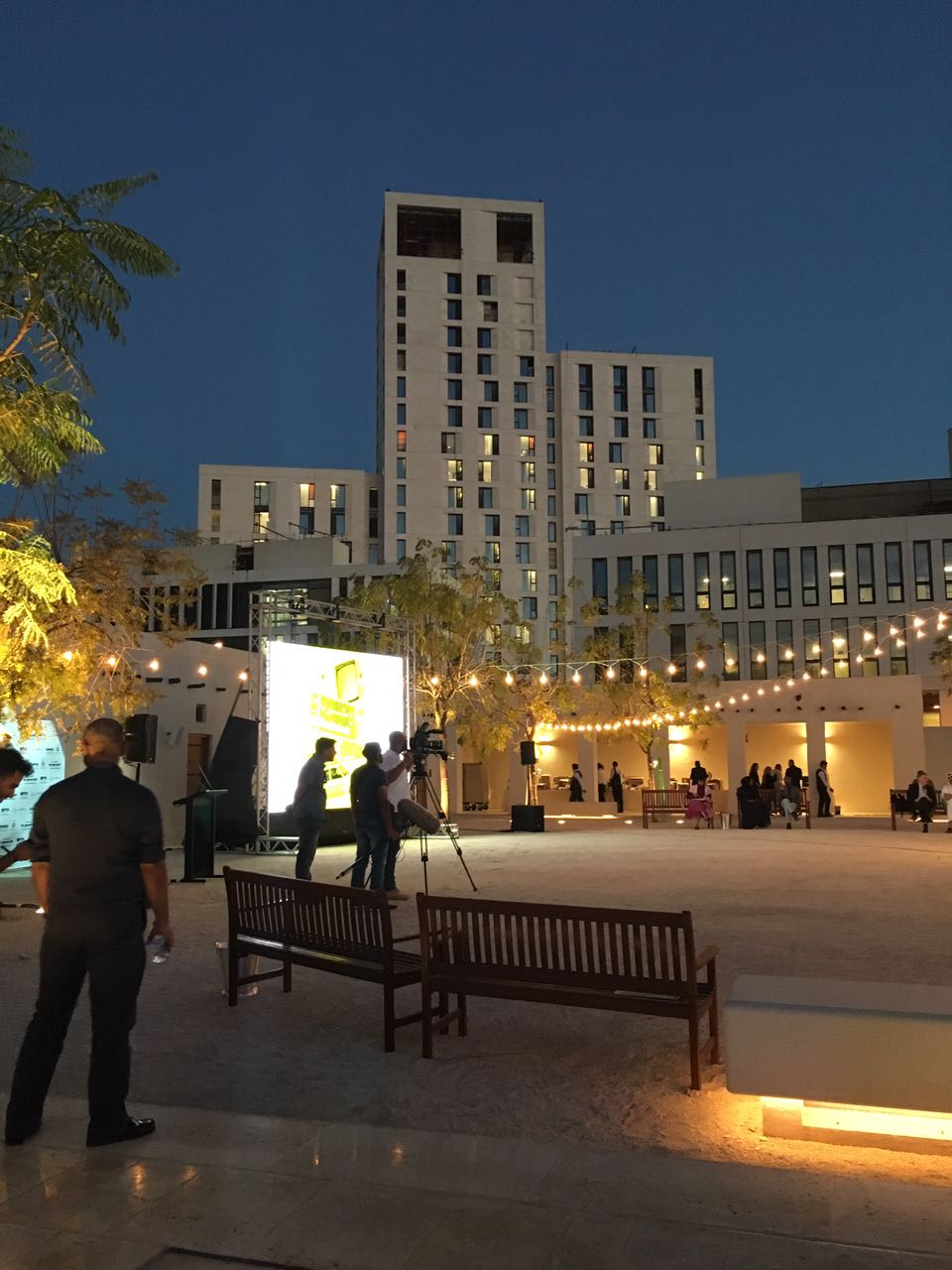 Among the class, there were six different teams in charge of different parts of the project. Asma Ul Hosna, a UCL student and member of the design team, who has lived in Qatar for almost 22 years explained how this project came to fruition. “We started with brainstorming what the project should be like. It was a lot of adventure and it was fun in terms of the different types of research. It was an exhibition worth doing.”

Between the 1970s and 1980s, the increase in economic wealth and employment opportunities in Qatar led to foreign populations from countries such as India, Pakistan, Iran, Lebanon, Syria, and the Philippines coming into the country. Msheireb became the popular destination for shopping, and a hub for small local community between the 1980s and 2000s and “allowed the meeting of diverse cultures, tastes, languages, and traditions.”

“One of the keywords we worked on was nostalgia, the feeling of nostalgia. We wanted to recreate that and bring back memories for the people who had worked here, and lived here. This is how we came up with the concept of storefronts, then we worked on how to implement the ideas,” Nikoleta Margariti, another member of the design team, shared. The exhibit includes some original storefront signs from the area, but students also used them as inspiration to make their own designs. 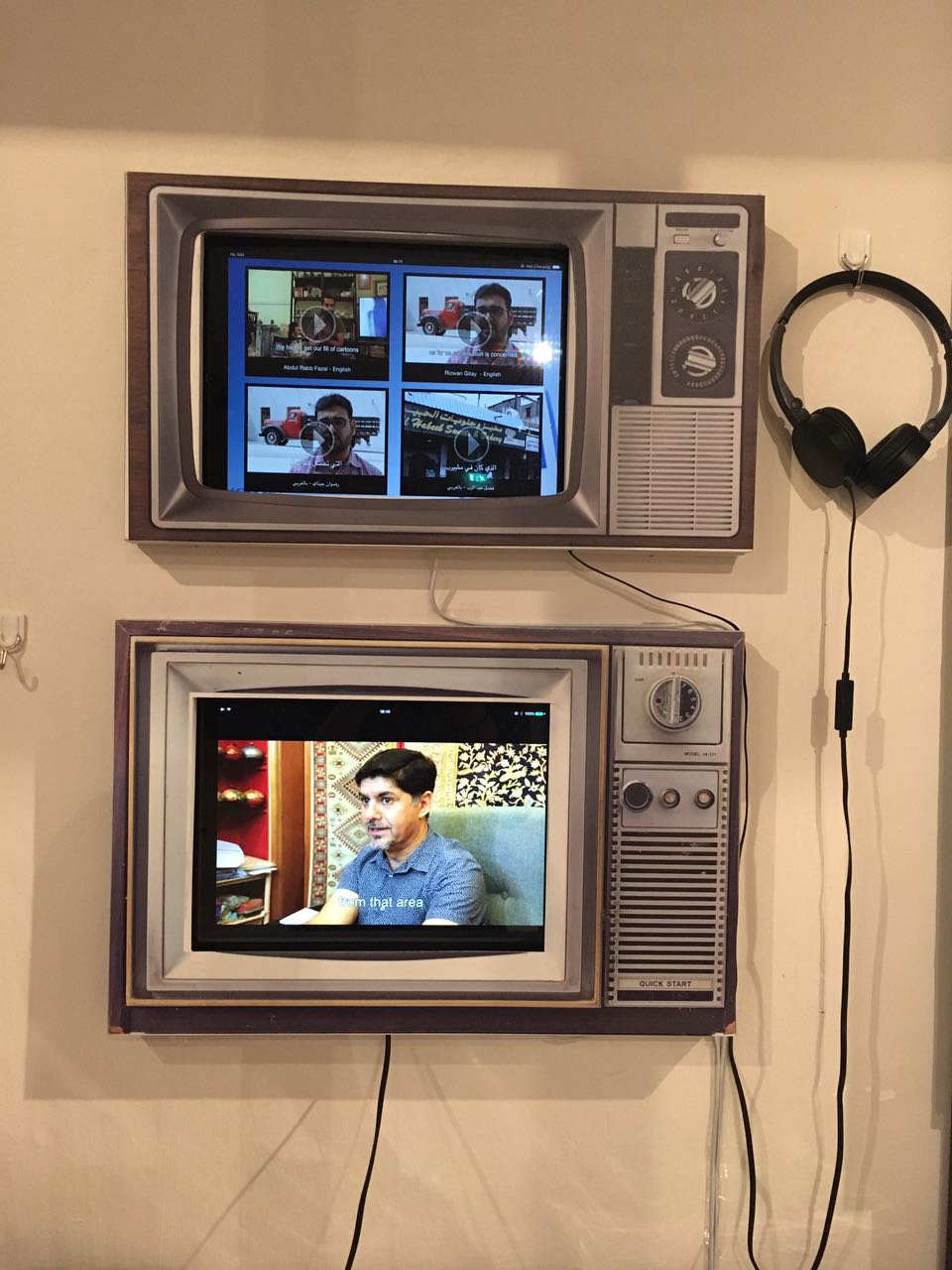 “We are reimagining what Msheireb was like, before this new development. It was a time period when a lot of people were trying to find their place here. This is a place where people used to come and socialize, they brought everything here,” said Jorell Legaspi, member of the Project Management Team. “It’s such a big relief, and we are so thankful that Msheireb Museums has been so supportive of our idea. We are thankful that our instructors are here, making sure we follow the best practice,” he added.

According to Lecturer in Museology and Curatorial Studies, Dr. Serena Iervolino, one of the best experiences was watching the students grow over time. “We started thinking of what was missing in the stories when we came here to the museums. It was a process through which the students went, trying to identify which one they were most passionate about,” she said.

The team also played around with the conventions of museums, which is why they created an interactive experience that allows visitors to touch and feel some of the displayed items. For example, in the electronics section, visitors can play around with a VHS player and old-fashioned television, or listen to audio stories from older residents of Msheireb.

“This is an alternative for people to see another side of urban history. This made us realize the importance of Msheireb, how it used to provide so many opportunities for different people,” Jorell Legaspi said. 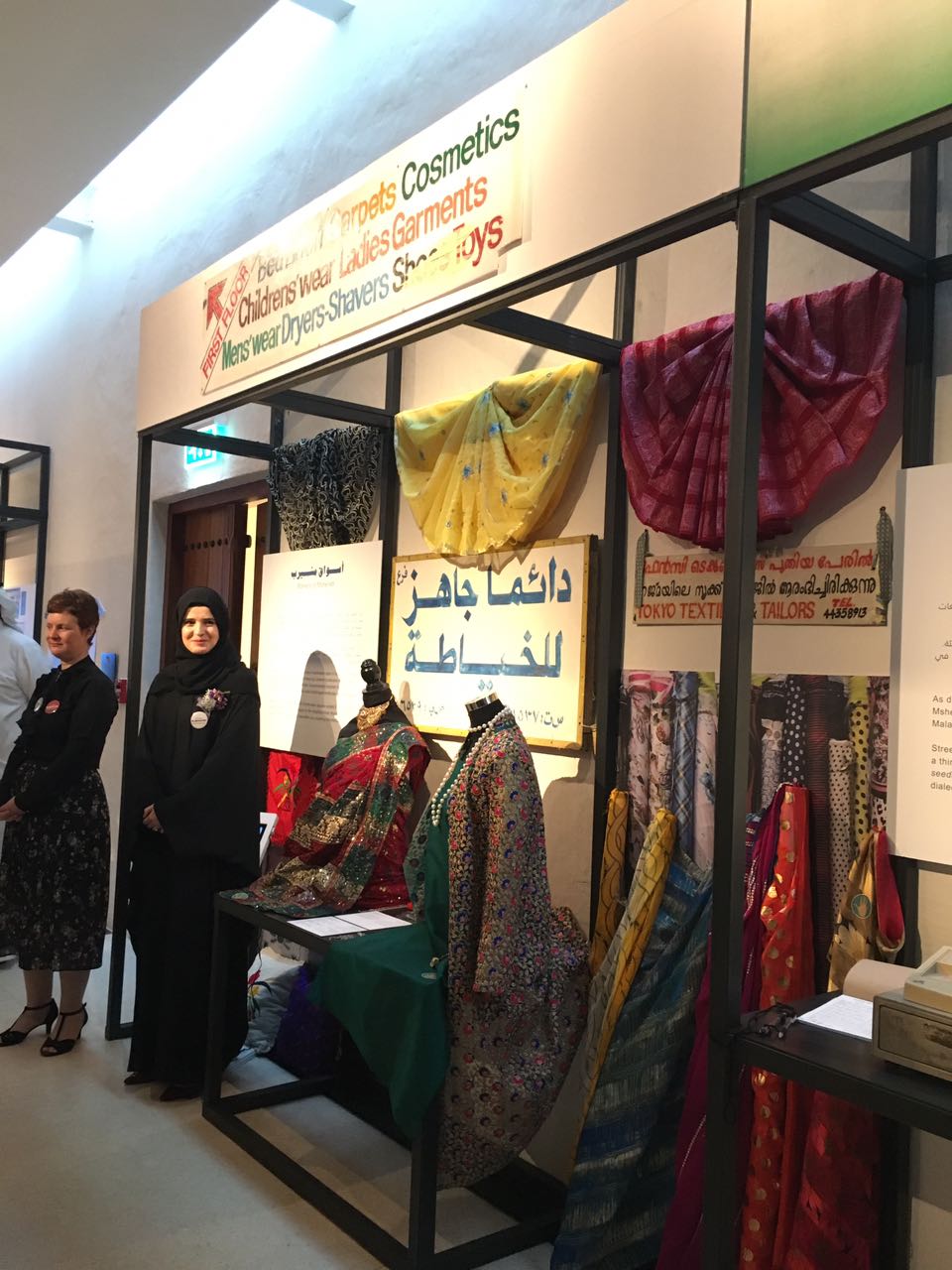 The exhibition will continue until July 27, 2017, in one of the four museums—Mohammed bin Jassim House, which is the former residence of the founder of Qatar, and is used to demonstrate the history of the Msheireb area and its significant role in Doha’s growth.

Mr. Hafiz Ali, Director of Msheireb Museums said: “We are delighted to include such a carefully-curated exhibition which documents the city’s history and progression and allows us to preserve and share these stories with the community. Msheireb Museums are honoured to provide a platform that nurtures our future leaders’ development, enhances the cultural scene of our city, and enables people to learn more about Qatar’s rich heritage.”

Do you have fond memories of the old neighbourhood of Msheireb? Tell us in the comment section below and don’t forget to give us a like and a share – it keeps us going!