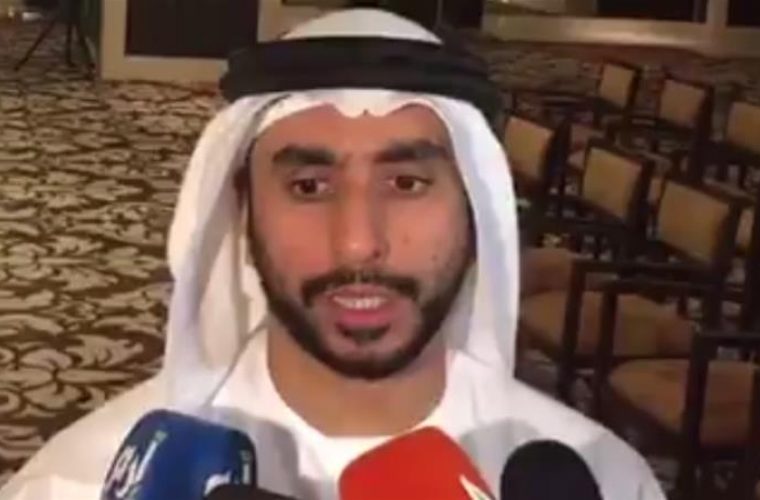 A U.S. data firm linked to the campaign of U.S. President Donald Trump filed paperwork showing it helped spread negative information about Qatar. According to the firm, SCL Social Limited, the documents filed confirm that it was commissioned by the UAE in payment of $333,000 USD for a social media campaign linking Qatar to ‘terrorism’.

Qatar’s Secretary-General for the World Cup Organizing Committee, Hasan al-Thawadi, has dispersed claims that selected FIFA 2022 World Cup games could be played elsewhere in the region. Speaking to the Associated Foreign Press, al-Thawadi reiterated that “Qatar is the sole host country of the 2022 World Cup and will host the 64 matches of the tournament across eight planned venues.”

HH The Emir, Sheikh Tamim bin Hamad Al Thani received Kuwait’s Minister of State for Youth Affairs, Khaled al-Roudhan to review relations between Qatar and Kuwait in the realm of sports. Al-Roudhan thanked Qatar for its helping hand in lifting FIFA’s suspension of the Kuwait Football Association, and for consenting to shift the 23rd Gulf Cup to Kuwait.

In response to al-Roudhan’s expression of appreciation towards Qatar in the above matters, Saudi Arabia’s Sports Authority Chairman Turki Al al-Sheikh reprehended al-Roudhan’s remarks on Twitter, calling him a ‘mercenary’.

After social media outcry the Louvre Abu Dhabi has replaced a map of the Arabian Peninsula on which Qatar was left out. Located in the children’s section of the museum amid several maps placing exhibits in geographical context, a statement issued by the museum states that the omission was an ‘oversight’ and has since been amended.

On January 19, H.E. Sheikha Al Mayassa bint Hamad bin Khalifa Al Thani, Chairperson of Qatar Museums, pointed out the error over social media, Tweeting: “Although the notion of museums is a new one to Abu Dhabi, surely the @MuseeLouvre is not okay with this?”

“Abiding by the international laws is vital regarding these things. Interception is a dangerous matter,” al-Qubaisi remarked. “Our national carriers and other carriers will be committed to the rules of the Civil Aviation Authority for the sake of the safety of all passengers, regardless of their nationalities.

HH The Emir, Sheikh Tamim bin Hamad Al Thani met with Kuwait’s First Deputy Prime Minister and Defence Minister Sheikh Nasser Sabah al-Ahmad al-Sabah on a state visit to Kuwait City on Wednesday. Talks during the meetings focused on strengthening and enhancing fraternal relations between the two countries, with the delegation from Qatar welcomed at a dinner banquet by their Kuwaiti hosts at Al Bahr Palace.