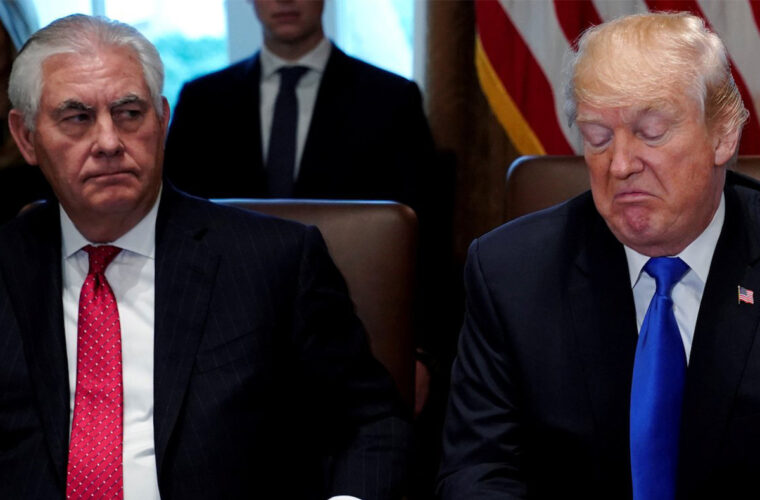 On Saturday, March 10, Qatar informed the United Nations Security Council of more airspace violations committed by aircraft of the United Arab Emirates and Bahrain, there have been three such violations in four months.

On Sunday, March 12, Al Jazeera aired the second part of its documentary on the financial and logistical support provided by the blockading countries' governments to perform sabotage operations inside Qatar in 1996.

President Trump said Tuesday, March 13, that he has ousted Secretary of State Rex Tillerson and plans to nominate CIA Director Mike Pompeo to replace him as the nation’s top diplomat.

Mike Pompeo, Director of the CIA, will become our new Secretary of State. He will do a fantastic job! Thank you to Rex Tillerson for his service! Gina Haspel will become the new Director of the CIA, and the first woman so chosen. Congratulations to all!
— Donald J. Trump (@realDonaldTrump) March" class="redactor-linkify-object">https://twitter.com/realDonald... 13, 2018

Trump and Tillerson have had a fraught relationship for many months. Trump told reporters Tuesday that he ultimately decided to fire the secretary because they disagreed over strategy in key areas of foreign policy, such as the 2015 Iran nuclear deal, the approach to North Korea and the overall tone of U.S. diplomacy.

In another new, Baladna Food Industries announced that more than 3,000 heads of cattle have arrived in Qatar by sea via the port of Hamad , another step towards achieving self-sufficiency in milk, despite blockade imposed on Qatar since June 5, 2017.

HE Deputy Prime Minister and Minister of Foreign Affairs Sheikh Mohammed bin Abdulrahman Al-Thani met today with the delegation of the NATO Parliamentary Assembly, which includes members of the security, defence and foreign affairs committees of the national parliaments, currently visiting the State of Qatar.

The meeting discussed the follow-up to the visit of HH the Emir Sheikh Tamim bin Hamad Al -Thani to Brussels and the promotion of political dialogue between Qatar and NATO.

What are your thoughts on these latest developments in the ongoing GCC crisis? Let us know in the comments section below. And forget to like and share this article!