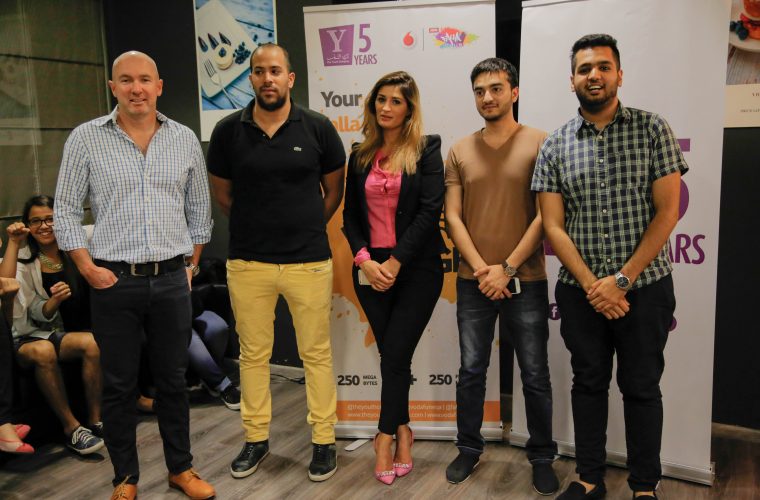 Qatar: In a social gathering for all its members, Doha based social enterprise aimed to empower and develop youth in Qatar awarded nine members on Saturday, 5th September 2015. The volunteers were chosen from the events, programs and campaigns that were held in summer, including My Qatar Annual Photography Challenge on Environment and Sustainability, Hasanat Olympics and Qatar Summer Concerts (a part of Qatar Summer Festival 2015).

My Qatar encouraged more than two hundred photographers and Instagram bloggers to submit a total of six hundred pictures, among which top three were chosen, which were awarded at The Gate Mall in a VIP opening ceremony. Under the patronage of Ministry of Environment in Qatar, the ceremony that was followed by an exhibition featured fifty top selected pictures on 4th June 2015. TYC team along with fifteen volunteers were engaged in the implementation and promotion of the program that brought together two hundred visitors to the four hours long exhibition.

Hasanat Olympics, sponsored by Doha Festival City, was a month long volunteering campaign featuring sixty three events during the month of Ramadan, reaching out to more than two hundred and fifty volunteers that were engaged in activities such as visiting two hundred elderly, collecting more than three thousand kilograms of in-kind charity, distributing two thousand toys to children with special needs, two thousand five hundred boxes on streets for iftar and around six hundred fifty iftar meals at hospitals.

This exciting period of summer for TYC members concluded with an event that featured four famous artists of Arab world, held as a part of Qatar Summer Festival, where The Youth Company trained sixty volunteers to usher and support the concert implementation on the two days of the event.

Speaking to the press, Mohamed Farid, Chairman and Founder of The Youth Company International said, “We as an organization realize the importance of engaging youth with volunteering, especially during summer when most of our members stay in Qatar looking for new sources of activities to participate in. With more than three hundred and fifty volunteers engaged in three months, we are proud to be a part of developing the young generation of this nation and achieving the national vision of Qatar.”

Official reports from events summarize a total of around three hundred seventy five volunteers were involved throughout the summer activities with The Youth Company. Among these, nine were awarded with their extra ordinary skills, talents, abilities and seriousness towards volunteering. These members included Awad Al-Radi (20), Fares Dehbi (15) and Sidra Sohail (22) from My Qatar exhibition. Zacharie Ghavami (17), Abubakr Abdullah (18) and Alia Hasan (15) from Hasanat Olympics campaign. Ismaeel Al Malem (23), Abdullah Hajahmed (17) and Sherwet Mohamed (17) from Qatar Summer Concerts.

“I have been a volunteer with The Youth Company since 2012 and achieving the recognition of Best Volunteer is a valuable addition to my resume. Volunteering with The Youth Company did not only serve as an exciting platform for me to explore my capabilities, but also, gave me a sense of responsibility being a citizen of Qatar.” – said Awad Al-Radi, a sophomore student at Northwestern University in Qatar who won the award of best volunteer for My Qatar initiative.

Each best volunteer was rewarded with a recognition letter from The Youth Company’s Chairman’s office, a certificate and exciting prizes from Vodafone Qatar including Myfi devices, merchandises, awards, vouchers and mobile phones. The volunteers also got an opportunity to sign up with Vodafone Falla Club for free on the day. This support from Vodafone was provided as an initial recognition to an upcoming long term partnership between The Youth Company and Vodafone Qatar.

"On behalf of Vodafone Qatar, I'd like to congratulate the winners. We're very happy to have partnered with TYC on such an event especially when we place very high importance on the youth segment at Vodafone. Offering Qatar's first and only youth plan, we are naturally therefore geared towards continuing our commitment to support our young audience and help nurture and develop their talent." – said Luke Longney, Director of Marketing at Vodafone Qatar.

As a part of celebrating its five years anniversary, TYC’s exciting upcoming programs for Fall 2015 include a leadership conference in September, a social gathering event for bloggers and breast cancer awareness campaign in October, a regional freerunning tournament in November and Run The World Festival for youth and sports in December. These events and programs are open for youth in Qatar aged 14 – 24 years to join for free. Application details can be acquired from the calendars section on The Youth Company’s website.