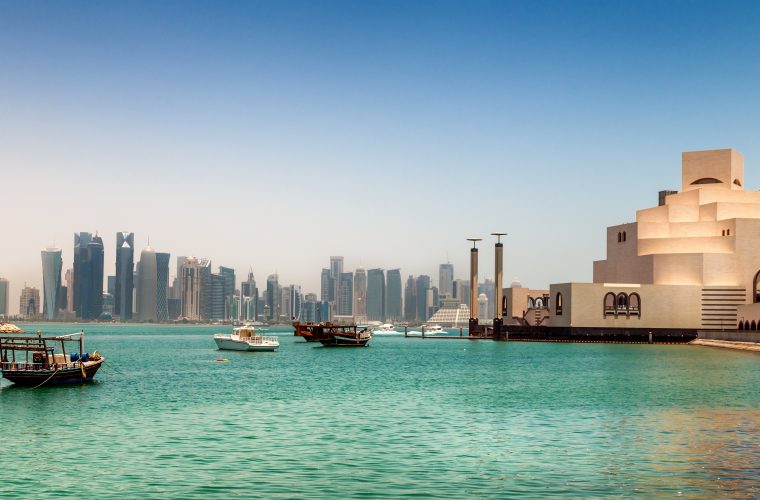 The Vice President of Iraq has said that Qatar promoted a plan to split Iraq along sectarian lines, but has refused to pick a side in the GCC rift, saying that it hurts the population.

The UAE Ambassador to the US has said that the US should consider moving their Al-Udeid air base from Doha, because it gives them a “nice insurance policy against additional pressure.” He said that he believes no real action has been taken against Qatar because of the base and while he hasn’t had this discussion with the US, he is “willing to have that conversation.”

After Qatar’s request for an investigation into the blockade of airspace, Saudi Arabia said that the UN agency cannot solve the rift, and that it was a “bigger political issue than airspace rights.”

The head of the human rights committee of Qatar, Ali Bin Samikh Al-Marri said that the blockade is a collective punishment affecting thousands of people and appealed to the UN to investigate its impact. He added that the rift with Qatar is “worse than the Berlin wall.”

The foreign minister of Saudi Arabia said that the four Arab states that broke ties with Qatar would soon be drawing up a list of “grievances" for Qatar and would be giving it to them soon.

The Emir of Qatar, the President of Turkey and the President of France held a conference call in which they discussed Qatar’s crisis and agreed that a resolution could be reached through dialogue as opposed to sanctions.

After Qatar withdrew 450 peacekeeping troops from the border between Djibouti and Eritrea, Eritrea’s government said that they have not received any explanation for the move on Qatar’s part. Although it has been reported that Eritrea supported Saudi Arabia’s stance and also distanced itself from Qatar, a top diplomat of the country claims that they have not cut ties with Qatar.

Turkish President, Recep Tayyip Erdogan has urged once again for a quick resolution to the Qatar crisis. He said that the accusations against Qatar are untrue and that he hopes the issue will be resolved by Eid-al-Fitr next week.

Lulu Hypermarket has reportedly imported 65 tonnes of fruits and vegetables from India to Qatar. The Director of Lulu Group International said that products were previously coming from the UAE and Saudi Arabia, but since that is no longer happening, there is a direct supply. There is no need to bring products in on passenger flights as there is enough quantity to import products directly from India on chartered flights.

Turkey has sent 5000 tonnes of food by air to ease the effects of the embargo on Qatar. Trucks and sea shipments will reportedly begin soon.

Qatar has denied allegations that it tried to destabilize Bahrain and undermine their security. Bahrain’s official news agency reportedly broadcasted a phone call from 2011 between an adviser to the emir and a member of the Al Wefaq Society in Bahrain. In response, Qatar’s foreign ministry said in a statement that the call was part of Qatari efforts to mediate the unrest in Bahrain at the time and that it was with the approval of Bahraini authorities.

The UAE has said that they have not seen and do not expect to see any interruptions to the flow of natural gas supply from Qatar due to the tensions in the region.

So far, Qatar has not received the list of grievances that Saudi and neighboring countries have claimed to be planning.

Leave a comment below and let us know what you think about the latest developments in the Qatar crisis!