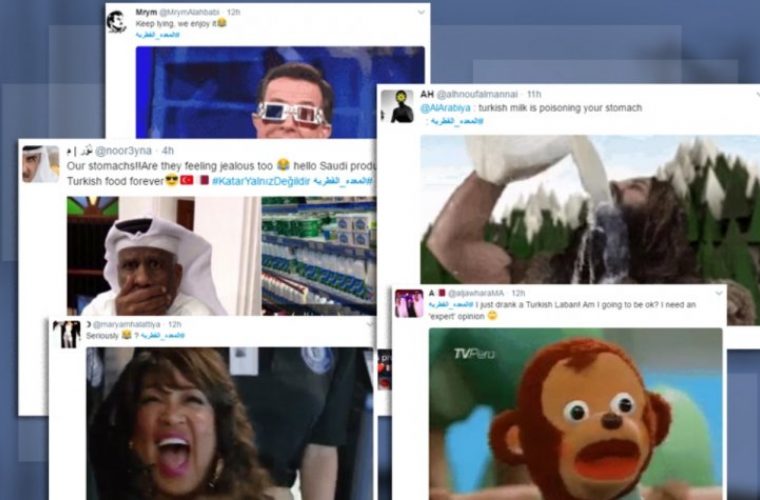 A comment by a Saudi editor in a TV show has kicked of humorous memes and funny tweets from Qatar social media users.

The editor-in-chief of Okaz Jamil Al-Ziabi commented on AlArabiya TV that Qatar will eventually cave in as “Qatar Stomach will not be able to get used to Turkish and Iranian products.”

Qatar twitterati was having a nice time mocking the hilarious comment in Arabic and English memes and tweets.

The Arabic hashtag #المعدة_القطرية meaning #QatariStomach was the number one trending topic on twitter with many funny memes.

The statement also made some people tweet that they will only buy Turkish food from now on.

This hilarious comment has exploded twitter with funny memes and has given a breath of laughter to the otherwise serious tweets due to the blockade. (Source)