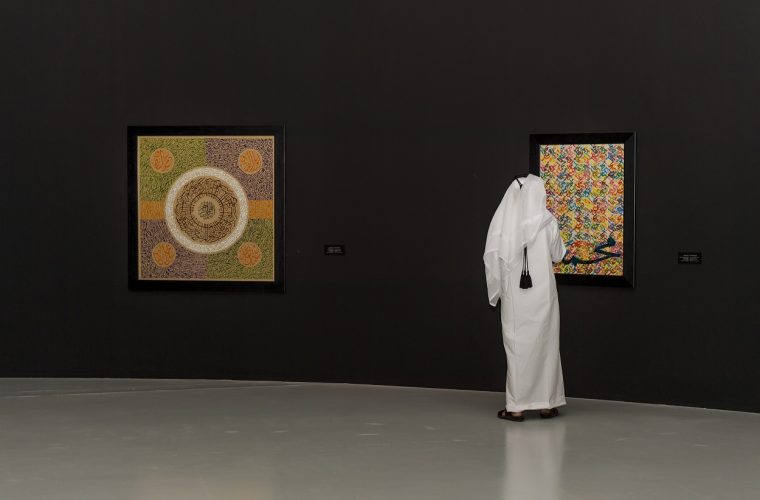 Qatar Museums has added yet another exhibit to its collection, ‘Contemporary Calligraphy by Mehmet Çebi’. This exhibition features a vast collection of Turkish artworks — about 200 pieces— dating from the 1960’s to the present.

The exhibition takes place at the QM Gallery Al Riwaq, running from May 15 to June 17, 2017. On display are multiple calligraphy art pieces, known as Hilye-i Şerif (the Noble Hilye) that Çebi has collected throughout the years. These works of art are constructed using meticulous detail and vary in design and color. The calligraphy on display at Al Riwaq — Hilye — follow an Islamic theme with overarching Ottoman elements. 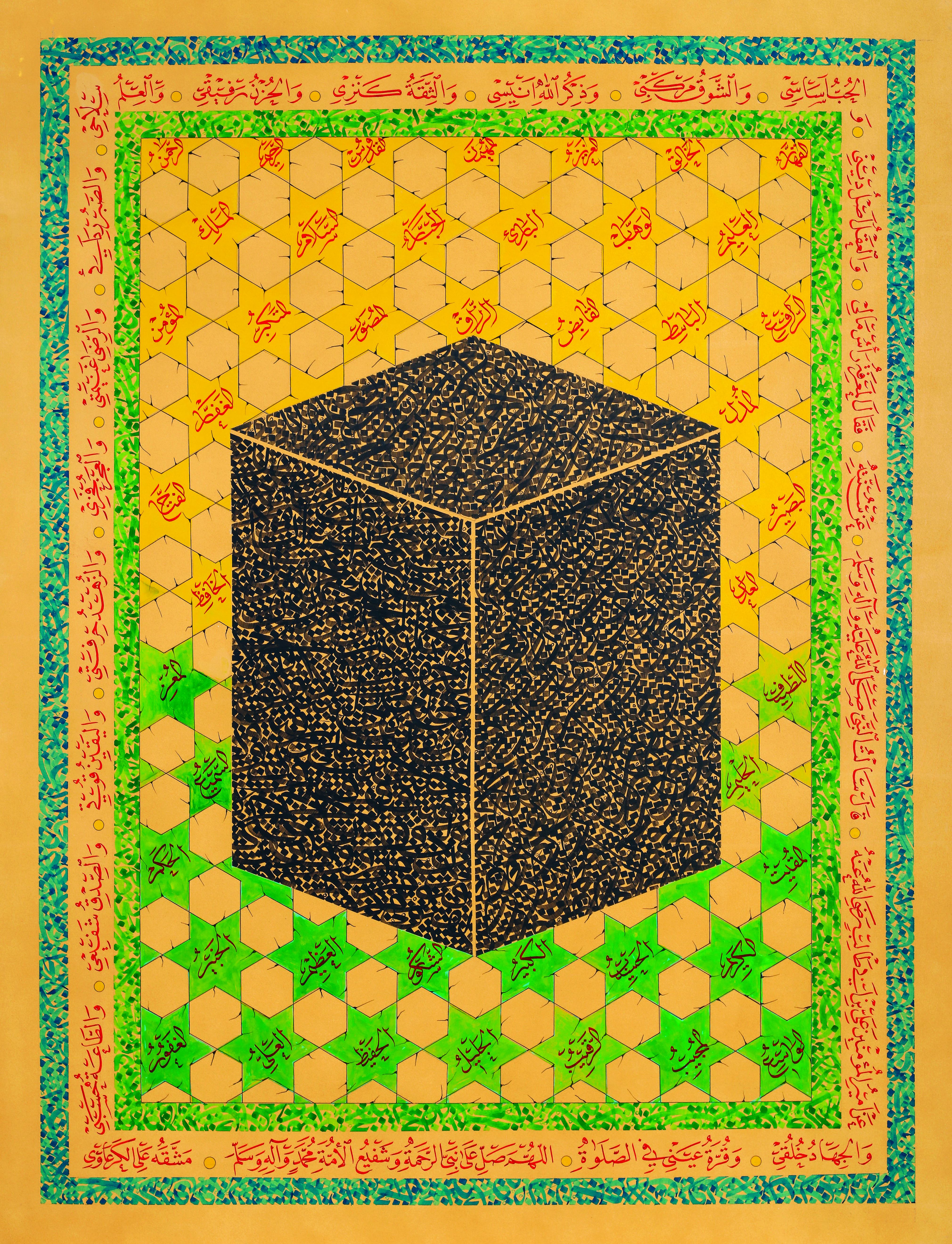 Image above: Hilye Calligraphy on display at Al Riwaq

Traditional Hilye layouts consist of a top panel that typically bestows a blessing, a round shape in the center which normally contains the main text, four smaller spherical shapes that surround the center; these usually have the names of the four Islamic caliphs, the names of Allah or other Islamic variations, a panel below containing a verse from the Quran, and at the bottom, a conclusion of the text.

The Hilye that can be viewed at Al Riwaq preserves certain components of the traditional Hilye, but is also contemporarily stylized. The most prominent modernized elements of the Hilye on display are the bright vivid colors, futuristic typeface, and the use of space within each piece. 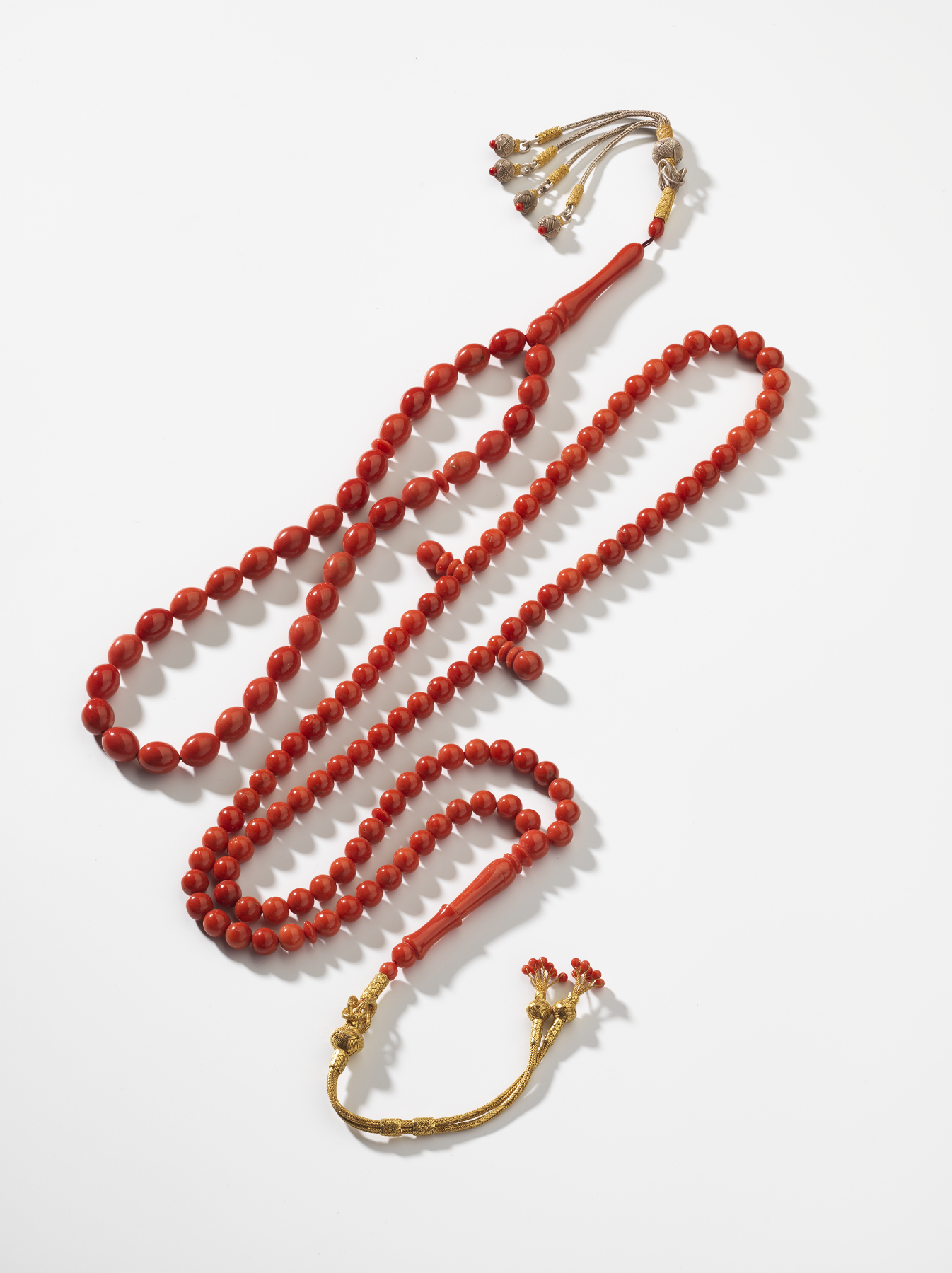 Image above: Tesbih beads on display at Al Riwaq

In addition to the intricate calligraphy being showcased, there’s also an assorted collection of prayer beads, also known as tesbih — used in ruminative prayer, on display as well.

The tesbih beads also vary in color, materials, size, and design. Typically, tesbih beads are made using wood, but the ones on display at Al Riwaq are made using precious and rare materials such as amber, turquoise, ivory, pearl, and even stones from the stomach of a whale! A rather unusual material to use, but it adds to the contemporary aspect of the exhibit. Most of the beads incorporate Ottoman floral designs and some of the threads are made with actual gold!

Head over to the Al Riwaq Museum today to check out the exhibit!