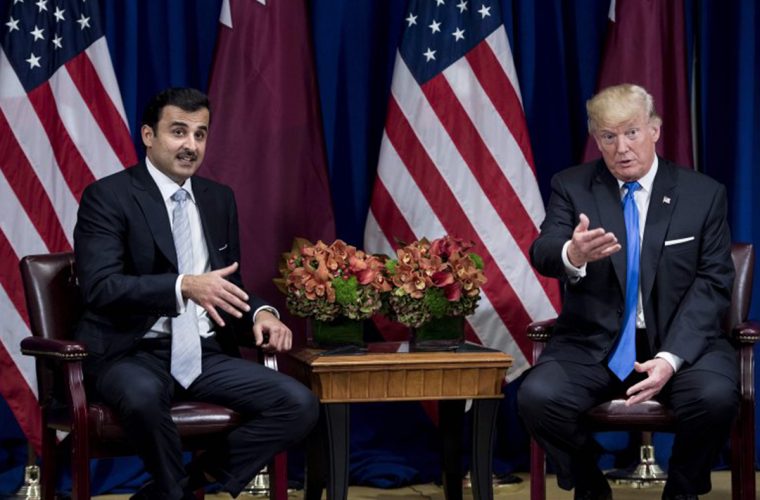 The agenda will include the creation of a Gulf Cooperation Council summit, which Washington hopes will be held later this year, as well as further Middle East peace talks and discussions with Iran.

The UAE, along with Saudi Arabia, Bahrain, and Egypt, suspended both travel and trade ties with Qatar last June, accusing Qatar of supporting both terrorism and the political and territorial ambitions of Saudi Arabia’s arch-rivals, Iran. Doha denies all these charges and says the Saudis are aiming to curtail Qatari national sovereignty and increase their own power and influence in the wider GCC region.

Washington hopes to begin preparations for a summit to be held in the summer. As a U.S official stated:

“We would hope that the dispute is resolved before the summit, to allow maximum focus on other strategic concerns like Iran.”

HE Deputy Prime Minister and Foreign Minister Sheikh Mohammed bin Abdulrahman Al-Thani called upon the Human Rights Council to end violations resulting from the illegal siege and negative measures taken by the siege countries against the Qatari people. He hopes that the Council can hold those responsible to be accountable for their actions and to provide compensation for their victims, (for example, those camel traders whose business was recently damaged by impounding their livestock at the Saudi border.)

HE Sheikh Mohammed bin Abdulrahman Al-Thani also expressed regret over the grave and flagrant violations of human rights in many other regions of the world despite the increasing global aspiration to protect such rights. As he said in a stirring speech:

“I call upon the Human Rights Council and all its mechanism bodies to take up their responsibilities and stop the unilateral measures taken by some states against the population of Qatar, and put an end to this racist course of action.

In other news, Vodafone declared on Monday that it would sell its stake in Vodafone Qatar to its joint venture partner Qatar Foundation or 301 million euros ($371 million USD) but keep its red brand present in the country under a future partnership deal. Vodafone and Qatar Foundation hold 45 percent of Vodafone Qatar through a joint venture, with the rest of the operator owned by the government of Qatar and other investors.

The relationship between Qatar and the U.S. is stronger than ever. Speaking at the annual U.S. National Day celebrations hosted on Tuesday by the U.S. Embassy, Ryan Gliha, Chargé d’Affaires to the U.S. Embassy, highlighted recent successes in the U.S.-Qatar relationship across areas such as trade, investment, defence, counter-terrorism, education, and cultural exchanges.

Gliha’s speech highlighted the most important ideas shared between the American and Qatari people: independence, liberty, and the pursuit of happiness.

Acknowledging the challenges that Qatar has faced in the recent past, he stated that

“It is in times of adversity… that the true spirit of a people comes through.”

The Minister of Economy and Commerce H E Sheikh Ahmed bin Jassim bin Mohamed Al Thani has highlighted the deep historical and strategic ties between Qatar and EU countries, pointing out that the EU is a strategic partner of Qatar and is in regular contact with the European Commission in Brussels in regards to economic and trade issues.

His comments came during a meeting between the Minister of Economy and Commerce and EU ambassadors accredited to the country. The Minister of Economy and Commerce said that Qatar has played a leading role in bringing together views on the EU-GCC Cooperation Agreement, stressing that Qatar supports all efforts to promote economic and trade relations, both at the bilateral and regional levels.