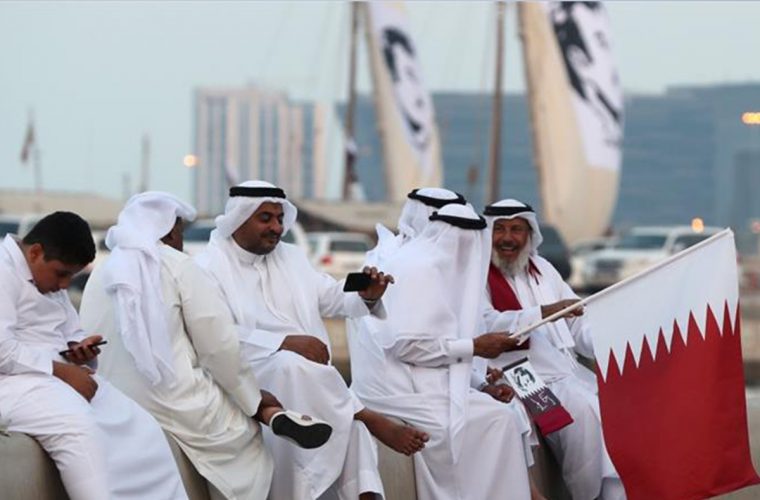 President Donald Trump wants to invite Gulf leaders to Camp David in a show of solidarity with the United States. However, there are strings attached: No breakthrough in the Qatar crisis, no Camp David. A potential summit of the six-country Gulf Cooperation Council in May at the prestigious presidential retreat in Maryland's Catoctin Mountains will only take place in Camp David if the Qatar blockade is lifted and the crisis is resolved, the Associated Press reported on Friday.

Trump administration emissaries will deliver the message next week as they crisscross the Gulf in a renewed bid to try to end the crisis. Saudi Arabia, the UAE, and their allies launched a diplomatic boycott against Qatar and closed their frontiers last year.

Al Jazeera on Sunday, March 4, released the first part of 'Qatar 96', a documentary series that uncovered evidence of the involvement of Saudi Arabia, the UAE, and Bahrain in supporting a foiled coup attempt to overthrow the Qatari government in 1996.

The first part of the documentary revealed secret documents containing alleged instructions from Saudi intelligence to aid the entry of scores of tribal militias through the border crossing with Qatar.

Leaked emails obtained by the BBC showed on Monday, March 5, that UAE-linked businessman Elliott Broidy, who was a fundraiser for U.S. President Donald Trump, met him in October 2017 and urged him to fire Tillerson, presstv reported.

Broidy called Tillerson “a tower of Jello”, “weak” as well as said he “needs to be slammed.” He pointed out that Tillerson was “performing poorly and should be fired at a politically convenient time.”

Broidy requested Trump to support the UAE and Saudi Arabia, advising the U.S. President against getting involved in the row with Qatar.

Qatar has participated in the high-level international conference on Somalia, hosted in London. Qatar's delegation to the meeting was headed by HE Director of the International Technical Cooperation Department, Ministry of Foreign Affairs, Ambassador Tariq Ali Al Ansari.

In his speech at the conference, he noted that there's coordination between the two countries to provide Qatari support to Somalia in the field of security sector reform, referring to the provision of 30 buses to support the transport sector.He also stressed the political will of Qatar to continue to help Somalia through political support and assistance.

In other news, GCC countries are looking into the possibilities of easing the blockade on Qatar by agreeing to relax restrictions on civilian movements. This would be the first step towards a more far-reaching agreement, The Guardian has reported. Britain has urged Saudi Arabia to lift the blockade. Around 10,000 citizens in the Gulf countries (most with relations in neighbouring states) have been affected by the land, air, and sea restrictions. The lifting of these restrictions would allow citizens of the countries freedom of movement.

HH the Emir Sheikh Tamim bin Hamad Al-Thani on Wednesday (March 7) witnessed the signing of cooperation arrangements between the Ministry of Foreign Affairs and European External Action of the European Union, held at the European Commission headquarters in Brussels.

The cooperation arrangements were signed by HE Prime Minister and Minister of Interior Sheikh Abdullah bin Nasser bin Khalifa Al-Thani and HE the High Representative of the European Union for Foreign Affairs and Security Policy Federica Mogherini.

The arrangements aim to support and promote relations between both sides through encouraging the exchange of information and consultation.

In other news, The Emir HH Sheikh Tamim bin Hamad al Thani and Secretary-General of the North Atlantic Treaty Organization (NATO) Jens Stoltenberg witnessed the signing of an agreement for cooperation in military and security issues between Qatar and NATO at NATO headquarters in Brussels on Wednesday evening.