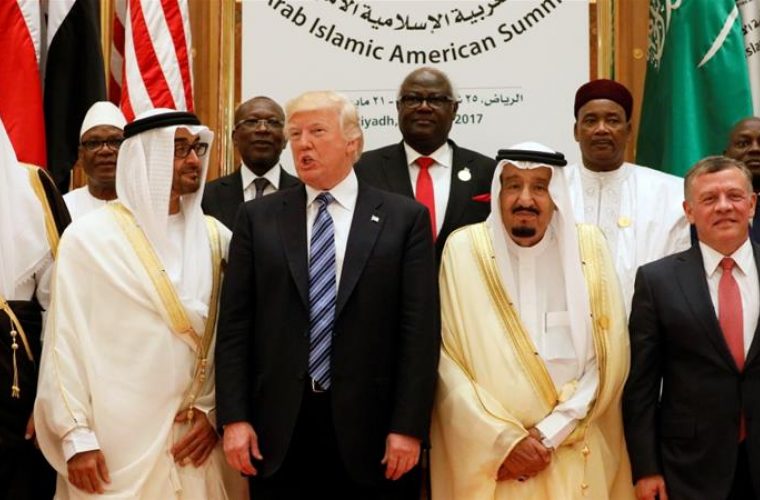 US President Donald Trump has expressed Washington’s readiness to participate in efforts to solve the Gulf crisis.

This came in a phone conversation with the emir of Qatar, Sheikh Tamin bin Hamad Al Thani, on Wednesday.

During the conversation, Trump highlighted the necessity of maintaining the stability of the Arabian Gulf and emphasised the importance of all countries in the region working together to prevent the financing of terrorist organisations and stop the promotion of extremist ideology.

The President offered to help the parties resolve their differences, including through a meeting at the White House if necessary.

On Tuesday, Trump spoke with Saudi Arabia's King Salman and emphasised the need for unity among Gulf countries, the White House said.

"The president underscored that a united Gulf Cooperation Council is critical to defeating terrorism and promoting regional stability." The White house said in a statement.

Trump’s phone call is his first known contact with Qatar's emir since a diplomatic crisis broke out in the Gulf earlier this week.

Saudi Arabia, Bahrain and other Arab nations cut off relations with Qatar after accusing it of supporting terrorism. (Source)