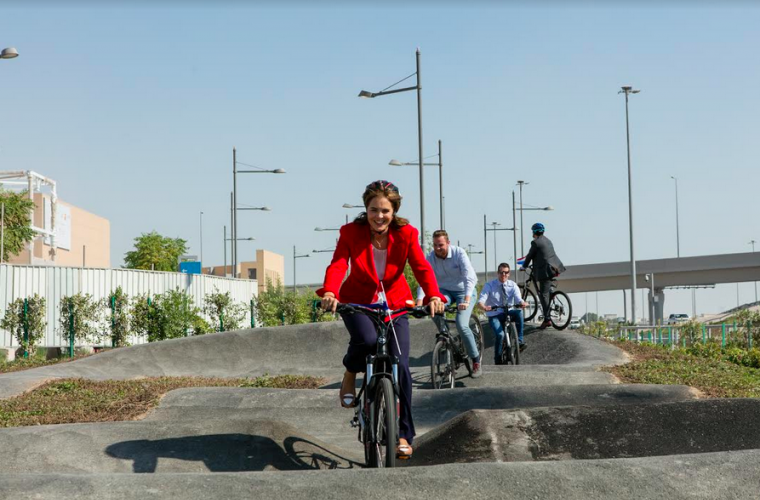 The Ambassador of the Netherlands, Dr Bahia Tahzib-Lie, recently visited Trimoo Parks where she was given a guided tour of the development of a cutting-edge entertainment park at Doha Festival City.

During her visit, the Dutch Ambassador was delighted to learn about the valued alliance between Trimoo Parks and the Dutch NHTV Breda University for Applied Sciences — one of the leading universities in the world in the field of Leisure & Tourism, said a statement.

NHTV Breda University has seconded a team of its top students specialising in Entertainment Attractions & Theme Parks Management to work in collaboration with Trimoo Parks. This clearly strengthens the partnership, cultural exchange and knowledge sharing between Qatar and the Netherlands.

The students are currently working on a project for JUNIVERSE™ – The World´s 1st City in Space, with a wide range of learning and edutainment attractions that aim to inspire and entertain children. JUNIVERSE™ is one of the four theme parks being developed by Trimoo at Doha Festival City.

As part of the visit, Dr Bahia joined the team of students on a special bike tour along the mall’s newly opened Outdoor Leisure Trail. The 4.5km track is a one-of-a-kind facility, offering residents and fitness enthusiasts the choice of walking, running or biking across the specially designed course.

Speaking at the event the ambassador said, “I am pleased to be here to personally witness the active engagement of a well-known Dutch educational institution in a ground-breaking project in Qatar. It is good to see how NHTV Breda University contributes to the development of leisure and hospitality initiatives here in Qatar. I am proud that a group of talented Dutch students have been given an opportunity to play a hands-on role in Qatar. I look forward to seeing JUNIVERSE™ go live.”

Addressing those gathered, Trimoo’s CEO Riad Makdessi said: “We are delighted to welcome Her Excellency Dr. Bahia Tahzib-Lie to Trimoo Parks to show her the next generation of Location Based Entertainment, housed at Qatar’s largest entertainment destination.”

Klaus Hoven of NHTV Breda University confirmed that the Middle East has become a worldwide tourist and leisure hotspot in recent years, with huge investments being made in the sector. “As the largest university in the world in terms of leisure, tourism and hospitality, NHTV naturally wants to be where it happens. Qatar offers opportunities to apply our knowledge, and further develop it, in a very international environment.”