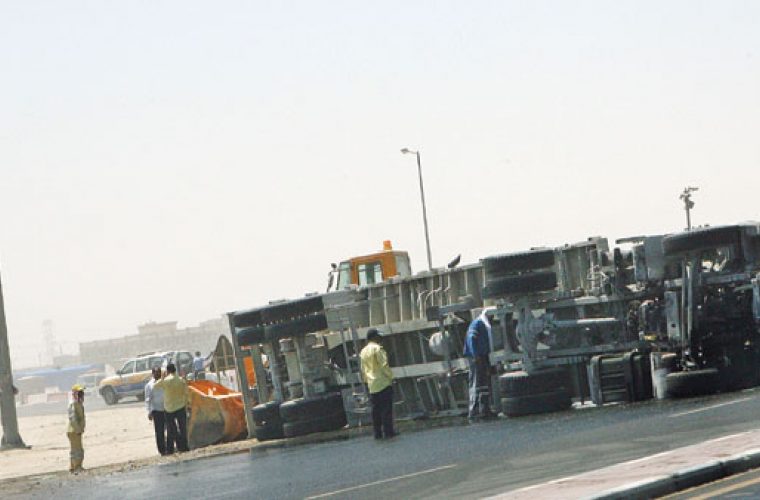 A trailer truck laden with a 20ft container fell on its side near the Barwa Village intersection yesterday morning, injuring at least three people and causing a major traffic snarl-up.

A motorist told Gulf Times he saw medics carrying two men and a woman on stretchers from the accident scene. “The trailer was speeding as it turned right, hit a kerb and lost its balance at the intersection.”

The source also said the truck hit another vehicle which was driven by the woman who was injured. It took some hours for the authorities to clear the road, resulting in a prolonged huge traffic jam on the roads leading to the Barwa Village signal.

Motorists have also observed that a number of small trucks and pick-ups have been speeding even on small roads which had caused many accidents.

In a press statement, the Ministry of Development Planning and Statistics announced that 15 deaths were recorded in July and 16 in June due to road accidents. About 66 suffered from major injuries and 565 from minor injuries.

The Traffic Department has earlier organised various activities in different malls aimed at raising traffic awareness among the local community.