Traffic violations and fines in Qatar: What you need to know

Qatar is working hard to cut down on road accidents and is enforcing strict traffic laws. Violations can lead to hefty fines and even imprisonment in extreme cases. Points can also be racked up against your license and, once a limit is reached, you may no longer be permitted to drive.

Police are now armed with radar speed guns and cameras which can be spotted on many roads, particularly at traffic lights, to catch those jumping the red signal. While police vehicles are frequently found at roundabouts and on highways, officers in plainclothes are also keeping a watch.

Enforcing traffic rules has shown a positive effect as violations dropped by a massive 31.7% in September 2017, compared to the same month the previous year. Traffic Department figures showed 99,135 traffic violations were recorded between March and September 2017 of which 8,652 were for jumping a red light, which incurs a penalty of QR 6,000 to the driver. Cameras caught 53,600 violations and traffic instructions were violated in 9,200 cases.

With the country’s growing population, 6,500 driving licenses were granted in September 2017 alone. There were 74,400 vehicle-related transactions, which include renewals, transfers of ownership, vehicle cancellations, and exports during this period.

There were 4,100 new vehicles registered during this same period, and road accident cases in court amounted to 417 in September 2017. Significantly, there was a steep decline in road deaths with 178 in 2016 compared to 227 in 2015. This is an overall reduction of 7.8% in this time period. The General Directorate of Traffic has targeted a reduction in deaths due to traffic accidents to 130 by 2022.

The Qatar driving license is based on a point system where drivers collect points for each infraction. A license is suspended for three months once a driver reaches 14 points. Repeat offenders can face lower point thresholds, longer suspension periods, and finally, cancellation of their license.

Traffic fines in Qatar can range from QR 300 to QR 6,000. The major traffic violations and fines include:

How to check traffic violations and pay

Traffic fines can be paid either in person or online. To pay in person, you have to go to the Ministry of Interior collection office or Traffic Department.

You can also pay your vehicle's traffic penalties or fines due online by using the e-payment service. Violations can be checked and fines paid through the Ministry of Interior website or Metrash2.

Have you ever violated traffic rules, knowingly or unknowingly? Did you have to pay a fine? Let us know your experiences in the comments below, and don't forget to like and share this article to allow others to stay informed. 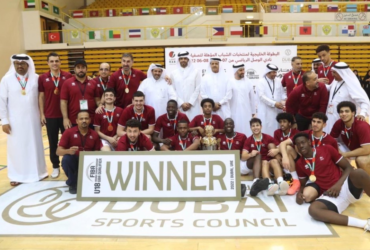