Top of the Twitterverse: The week’s top Tweets about Qatar in the news! 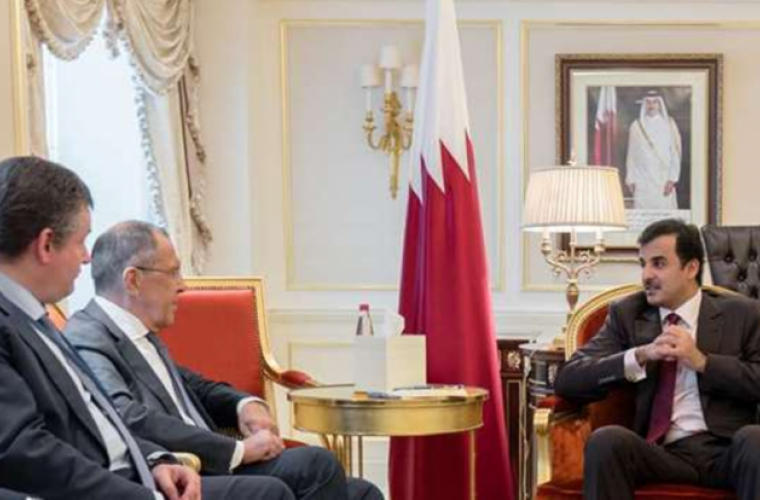 More or less all of us love to surf through Twitter to see what’s happening in the world around us, and how the Twitterati faithful are reacting to the news of the day. This week has been particularly momentous for Qatar, and here’s our roundup of some of its top-trending news on Twitter!

On Tuesday, September 12, 2017 HH The Emir, Sheikh Tamim bin Hamad Al Thani made a speech at the UNGA about the ongoing crisis in the GCC. He stressed on establishing dialogue between Qatar and the blockading nations to bring an end to the siege, stating that "an unconditional dialogue based on mutual respect for sovereignty" was needed. He also spoke out against the the injustices being inflicted upon Rohingyas in Myanmar and Palestinians. Twitteratis poured out their support and pride for His Highness through a deluge of Tweets.

(Translation: #TamimAlMajd, proud of his country and people living on this land of Qatar, and on their support and rejection of all dictations that affect the sovereignty of our homeland.)

(Translation: Sheikh Tamim expresses his pride for citizens and residents and their high morals in the siege.)

Qatar and the United States signed a Memorandum of Understanding (MoU) in July 2017 on combating the financing of global terrorism amidst the accusations by the GC3+1 countries that Qatar supports terrorism. HH The Emir, and U.S. President Donald Trump had a conversation on the progress of this memorandum during this week’s UNGA. This meeting must have been quite interesting as POTUS himself was one of the accusers...Here’s how Twitter reacted.

It has been seven years since the Syrian conflict started. During this time, the conflict has led to the death of around 465,000 people, the displacement of over 12 million people, and more than a million people injured. Since the clashes began, Qatar has pledged to support the Syrian people through aid and assistance in providing education for Syrian children. It reaffirmed its support in the United Nations General Assembly meeting that took place on Tuesday, September 12, 2017. Besides providing aid, Qatar engaged in discussions on how to bring justice for the people of Syria. Here are some of the Tweets applauding Qatar’s stance:

Qatar Airways CEO elected as IATA’s Chairman of Board of Governors:

Akbar Al Baker has been announced as the new chairman of the Board of Governors of IATA (International Air Transport Association). He’s the present CEO of Qatar Airways and one of the head developers of Hamad International Airport. Serving Qatar Airways for almost two decades now, he’s an ardent and outspoken critic of the blockade. His election as IATA’s Chairman of the Board of Governors comes as an interesting development in the midst of the current GCC crisis as Qatar continues to face an airspace blockade from the GC3+1 countries since June, 2017. Nevertheless, folks on Twitter wasted no time in celebrating his promotion.

The world expresses solidarity with Qatar and HH The Emir:

It’s been more than 100 days since the blockade was imposed on Qatar -- and during this time its residents and HH The Emir, Sheikh Tamim bin Hamad Al Thani have remained positive and strong. Though Qatar itself is going through a crisis, HH Sheikh Tamim made sure to address the Rohingya persecution and the Syrian conflict during his remarks at Tuesday’s UNGA. The world has expressed their support for Qatar in the past and still stands hand-in-hand with our nation. Through Tweets like these, the Twitterverse has been expressing its solidarity.

(Translation: People are the most important building blocks of the nation and the greatest investment. We are invested in you Qatar, we are beside you, and we wait for you.)

Did your favourite Tweet make the cut? Let us know in the comments below, and don’t forget to like and share this article -- it keeps us going!