Top 5 advantages of living in Qatar 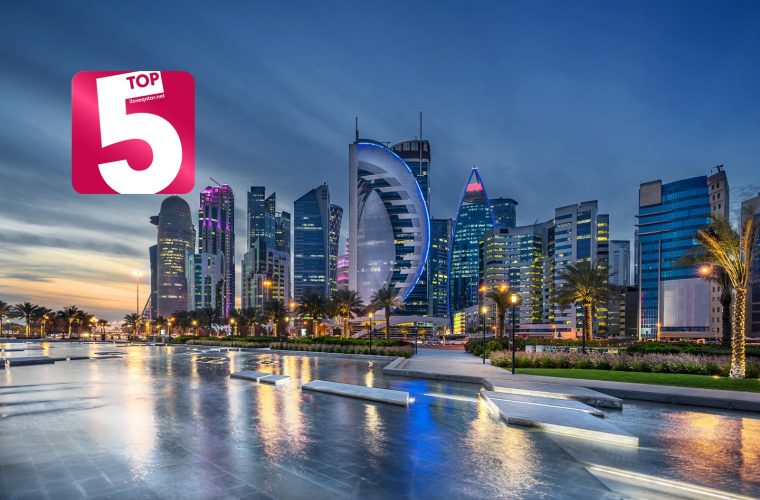 Qatar became an independent state on September 3, 1971. Ever since then, the world has seen this tiny country transform from a desert into a metropolitan hub of the Middle East. Its economy continues to grow at an impressive rate and continues to provide a high standard of living for its people.

Foreign workers and their families amount to around 88% of Qatar's population. There are over two million migrant workers in Qatar -- many from countries including India, Nepal, and the Philippines. What are the things that attract thousands of expatriates to move to Qatar annually? The Iloveqatar.net (ILQ) team asked around and there were a lot of great answers. But the following things took the top spot in making Qatar an amazing place to work and live.

Qatar has a number of public and private hospitals. Hamad Medical Corporation is the country’s premier non-profit health care provider. It was established in 1979 and caters to more than a million people in outpatient alone, annually. Operating a total of eight hospitals, HMC is committed to providing the safest, most effective, and most compassionate care to patients. The government hospital provides around 90% of the acute care in the country according to this report issued by HMC.

All residents are eligible for HMC services by signing up for a health card and paying a mere QR 100 annually. For more information, click here. Private health insurance is also available, provided by the employer, or can be purchased by an individual.

In 2018, Sidra Medicine officially opened its ultramodern facility, providing world-class healthcare services for women, children and young people in Qatar and the region. A member of Qatar Foundation, Sidra Medicine represents the vision of Her Highness Sheikha Moza bint Nasser who serves as its Chairperson.

In Doha, there is no tax on personal per capita income meaning workers can take home their salaries without any tax deductions. For companies and businesses, the rate of tax is 10% of a company’s Total State Income, paid annually.

In 2018 new tax regulations were introduced. The law included a 100% tax on tobacco and its derivative products and all energy drinks, along with a 50% tax on all sugary drinks. This was a great initiative to reduce the consumption of these harmful products.

Qatar was expected to implement VAT from the start of 2019 but it deferred this decision. You can read more about it here.

Qatar has one of the lowest crime rates in the world. This year, 2021, it was named the third safest country in the world by Global Finance magazine. Global Peace Index 2021 ranked Qatar as the most peaceful nation in the MENA region. Peace, safety, and security are the biggest reasons why many foreign workers and their families prefer working and living in Qatar.

4. Exposure to a multicultural community

There are over 100 nationalities living in Doha. It is home to various expat communities exposing everyone to their culture, traditions, and most importantly, cuisine. Ooh, the joy that Chicken Tikka Masala and baklava bring!

When you live in a multi-cultural society, you meet different people and experience their culture. You get to see that everyone is as human as you are. Politics, laws, and media tend to divide, but when you make friends of different nationalities, you learn about the similarities. You get to know that Harees is very similar to the Kashmiri origin Hareesa that you grew up eating. And before you know it, you are saying, 'Yallah Habibi' like Arabic is your mother tongue.

Qatar also has an excellent school system in place, from local independent schools to international private schools as well as schools that cater to specific communities like Indians, Filipinos, Pakistanis, Sri Lankans, etc. There are more than 300 private schools operating in the country and their fees vary depending on the school.

What is your favorite thing about Doha? Do let us know your thoughts in our comments section. Like and share the article - it keeps us going!