Top 5 Ramadan dishes from around the Arab world 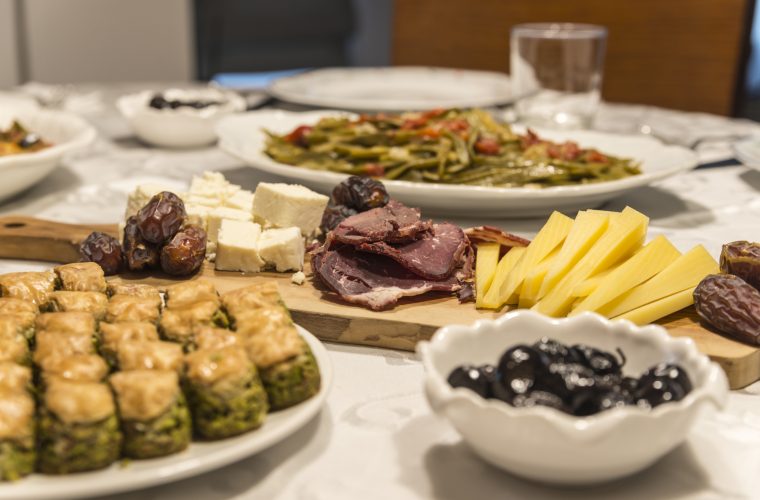 Ramadan is a very special religious occasion that’s observed by millions of Muslims worldwide. Every Arab nation has their own way of celebrating Ramadan with family, friends and loved ones. Although the current political climate in the Middle East is uneasy, there’s no denying that there are shared cultural aspects and lifestyles. There may be subtle differences in traditional practices, clothing, and language, but the overarching Middle Eastern values and hospitality are very much alike. For one, there is a shared love of traditional Arabic food. The beauty behind this is that although certain foods belong to a particular country or part of the Arab region, they’re served and eaten by all.

Here’s a list of some typical savory cultural dishes you can find in different Arab households during Ramadan:

This dish is particularly popular among people from the GCC. Qataris in particular love their machboos! It’s a rice dish and can be made with chicken, lamb, and even shrimp. It’s usually served on a huge platter. It tastes very similar to biryani, incorporating similar spices such as cardamom, paprika, and bay leaves. Machboos is a common dish served for Iftar during Ramadan.

Mansaf is a traditional cultural dish that originated from the Levant region (Syria, Palestine, Jordan, Lebanon) and is made using rice, meat, and yoghurt. It’s served on special occasions such as Ramadan, and even during Eid, and is a favorite among many Arab expats.

Thareed is a common dish that’s eaten during Ramadan. It combines bread pieces and meat in a stew-like consistency. The dish also can include vegetables. It’s said to be sunna as there are Hadith attributed to Prophet Muhammad mentioning it. Thareed is popular in the GCC and other Arab states.

This dish is known for its North African origins. It’s made with semolina wheat and is typically served with vegetables, meat, or cooked in a spicy broth. It’s similar to rice, but different in texture. Couscous is considered to be a staple, and is eaten mostly by Moroccans and Tunisians. A delicious savory dish, it can also be served as a dessert.

Wara’a Enab is a popular Palestinian, and broader Levant, dish. It’s made using vine leaves (from grapes) and is stuffed with rice or meat. Wara’a Enab is served as a main item and can commonly be found on an Iftar or Suhoor table during Ramadan. It’s very a unique dish and is super delicious!

Other popular Ramadan dishes include Harees, a ground wheat dish served with meat, and samboosa or samosa, which is a fried pastry that has different kinds of stuffing like cheese, vegetable, or meat.

You can try recreating some of these dishes using some of the latest #MadeInQatar products. You’ll be surprised how many products are actually homegrown and made locally! Support and purchase local goods!