Tonnes of fruits and vegetables destroyed 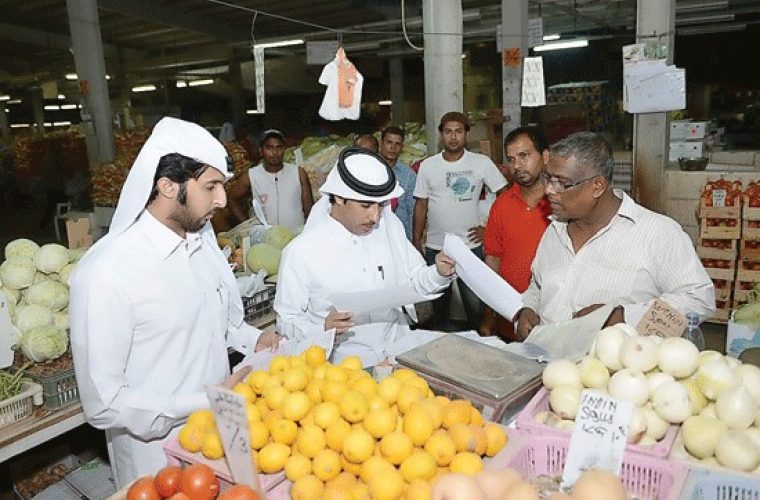 Several tonnes of fruits and vegetables stored at the Central Market were destroyed by authorities in two days following the massive fire that had gutted nearby wholesale grocery shops.

The Ministry of Economy and Commerce, in collaboration with the Ministry of Municipality and Urban Planning, collected entire stocks.

The fresh batch of produce ‘contaminated’ by the blaze was collected in an open ground and ministry staff crushed it with the help of machines.

Later, garbage trucks were brought in to remove the produce for disposal.

Senior officials from both ministries were present on Monday to supervise the disposal process to ensure ‘contaminated’ fruits and vegetable do not reach dining tables.

The grocery shops that were gutted in Sunday’s fire had a huge stock of consumer products containing chemical agents such as detergents, toiletries and other cleaning products.

Thick smokes billowing from the blaze had engulfed the nearby vegetables market for hours.

Health officials from the Ministry of Municipality and Urban Planning reportedly advised higher authorities that the produce that got exposed to ‘toxic fumes’ is not safe for human consumption.

On Sunday, officials removed entire consignments stored at retail outlets and sealed wholesale shops which also had a huge volume of stocks.

“The decision could have been taken as a precautionary measure as the lethal smoke might have turned fruits and vegetables unfit for human consumption.

“But we lost thousands of riyals for no fault of ours. Who is going to compensate us?” asked a trader.

Habib Hasan, a trader in the Central Market, said the fire was caused by a short circuit in an air-conditioning unit at a grocery store on the second floor. The blaze then spread quickly due to heavy wind.

Workers around shops could not switch off the main power switch because the control room was closed. According to the trader, power supply was disconnected only after Civil Defence officials arrived.

Traders said the design of the buildings also helped the fire spread quickly. The buildings in the market are very old and hardly equipped with fire-fighting facilities.