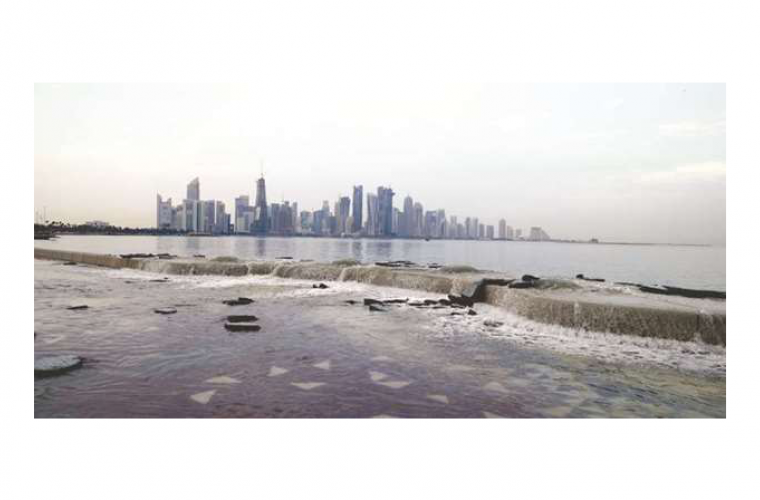 Thunderstorms of varied intensity are expected to continue affecting parts of the country today also, especially at noon, the Qatar Met department has said.

These will be accompanied by strong winds at times, resulting in dust and poor visibility, the weather report states, adding that the sea state will not be suitable for marine activities.

In view of the expected conditions, the Met department has advised people exercise caution, avoid going to the sea and follow latest updates through its official social media accounts.

The detailed report says the wind speed may go up to 40 knots inshore and 30 knots offshore during thundery rain, with the sea level rising to 8ft.

The minimum and maximum temperatures are expected to be 21C in Ruwais and 35C in Abu Samra today, while in Doha these will range from 27C to 34C.

Yesterday, a minimum of 21C was recorded in Ruwais, while the maximum was 35C in Sheehaniyah, Abu Samra and some other places. The Doha temperatures ranged from 27C to 34C yesterday, too.

After Saturday’s unprecedented downpour, with Abu Hamour receiving as much as 84mm of rain, the quantum of rainfall yesterday was less in general though some places – especially in the north - received considerably good showers.

Ruwais topped the weather charts with 29.3mm recorded since yesterday morning, followed by 17mm in Al Shamal and 11mm in Al Khor, according to a chart issued by the Civil Aviation Authority.

Light to moderate rain was also recorded from some parts of Doha yesterday.