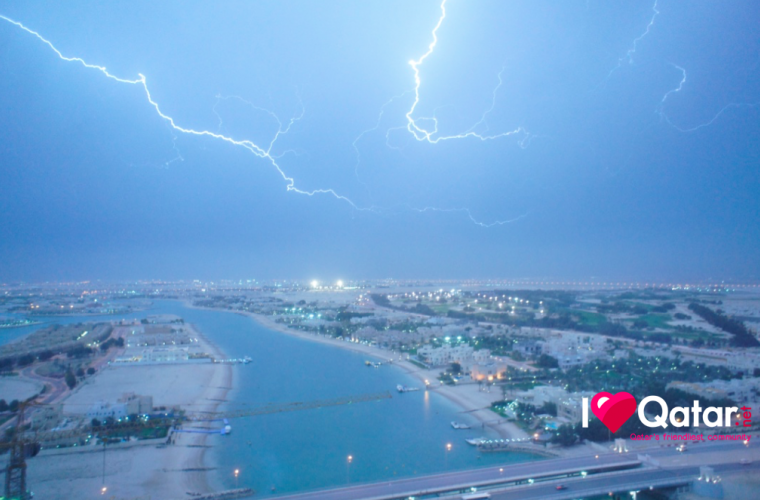 Thundershowers are expected in parts of the country on Thursday along with strong winds, the Qatar Met department has said.

The weather office has also issued a warning for thundery rain, windy conditions and high seas in offshore areas.

The wind speed may go up to 25 knots in both inshore and offshore areas during thundershowers, with the sea level rising to 8ft.

The detailed forecast also says hazy to misty conditions are expected in some places at first. It will also be cloudy on Thursday and there is a chance of scattered rain, which may be thundery at times in some areas.

Hazy and cloudy conditions are likely in offshore areas, too, and there is a possibility of scattered rain there. Thundershowers have also been forecast at times.

The Met department had earlier said a state of instability was expected to affect the country during the weekend, starting on Thursday, due to the “passage of an upper-level trough of low pressure”.

Last night, the department tweeted that light rain had been observed in the southern areas and the cloud cover was expected to increase over the next few hours. Besides, the intensity of rain would also increase on Thursday, it observed.

Meanwhile, a minimum temperature of 14C is likely in Al Khor, Mesaieed, Wakrah and Abu Samra today, while in Doha it will be 17C. The maximum, on the other hand, will range from 18C to 20C.

Wednesday, a minimum temperature of 10C was recorded in Abu Samra and 14C in Doha. The maximum ranged from 17C to 22C. (Source)