Thundershowers forecast in some areas today 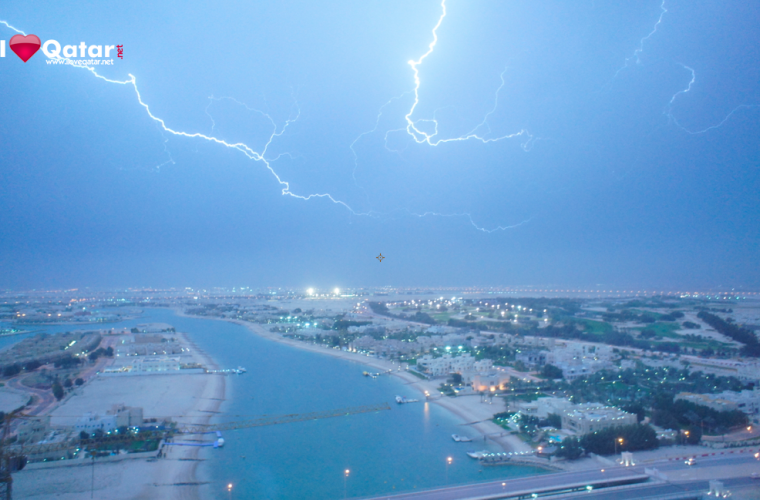 Thundershowers are expected in some parts of the country today along with strong winds, the Met office has said.
Doha, along with Dukhan, Al Ruwais, Abu Samra and Messaied, is likely to get some rain. Al Khor will be dry and sunny, according to the forecast.
The wind speed is expected to reach 25kt in some areas before dropping by night.
It will be misty to foggy at first in some places, followed by hazy and partly cloudy conditions along with a chance of rain and thunder, the weather office has said.
Hazy to misty conditions at first are likely in offshore areas, which will also be partly cloudy.
Meanwhile, visibility may drop to 2km or less in certain areas due to thundershowers and early in the day due to foggy conditions.
The minimum and maximum temperatures in the country are expected to be 26C and 36C, respectively, with the forecast for Doha being 29C and 36C.