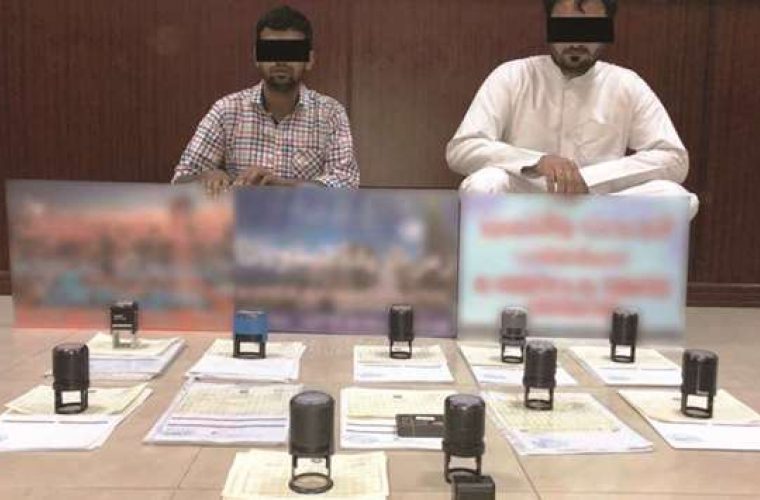 The Criminal Investigation Department (CID) has arrested three suspects on charges of running fake companies for visa trade by exploiting the names of firms owned by some citizens.

According to a report on the Ministry of Interior (MoI) website, a complaint was received from a local woman after she suspected that one of her employees was involved in visa trade, which was carried out in the name of the company with the help of others.
The investigators then found out that the three suspects were involved in visa trade, which they carried out by establishing fictitious companies that did not exist. Such companies were formed by using the names of firms owned by some citizens in order to bring workers in return for money.

Accordingly, a search and investigation team was formed, the MoI report said.
The first defendant, of Asian origin, was arrested along with stamps of 11 different companies, in addition to documents belonging to some firms as well as credit cards. The second and third accused, Arab nationals, were also arrested.

During interrogation, the suspects confessed to what they were accused of and were referred to the competent authorities for further legal proceedings.
Citizens and residents have been urged to co-operate with the security authorities to report any suspicious act in order to preserve security and safety. (Source)