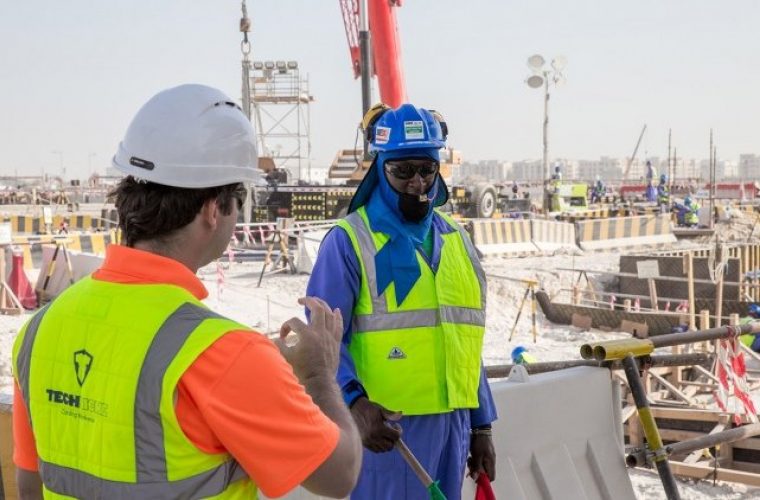 The Supreme Committee for Delivery & Legacy (SC) has delivered thousands of state-of-the-art cooling vests to workers building stadiums for the 2022 FIFA World Cup.

The cooling vests, which have been designed by UK-based apparel experts TechNiche, reduce a wearer’s body temperature by up to 15°C. Testing and development over the past year have shown the vests improve a wearer’s comfort, concentration and the ability to work efficiently during hot conditions, SC said in its website yesterday.

“The cooling vest has the potential to transform the lives of our workers. We have spent two years exploring how best to utilise various cooling products, but many are simply not suitable for Qatar’s environment. We want our workers to really benefit from the concept of this technology and, after putting the TechNiche products through rigorous testing, they delivered impressive results,” said Mahmoud Qutub, Executive Director of the SC’s Workers’ Welfare Department.

“This is a new product, designed specifically for workers in Qatar. However, we recognise the impact such products could have for anyone working outside in hot conditions. It’s another example of developing solutions to protect our workers that also have the potential to leave a tangible human and social legacy,” he added.

During the test phase, the Workers’ Welfare Department worked alongside TechNiche to compile data, tweak performance and maximise the cooling effects of the technology. The SC said the vests are submerged in water to allow the fabric to soak up as much water as possible. Airflows, like movement and wind, then evaporate the water contained in the vests. The more airflow, or the more a wearer moves, the more it works.

A super-absorbent polymer fibre within the vest’s fabric holds the water layer for slow evaporation over several hours, delivering constant cooling for the wearer. The wearer stays dry due to quilted layers of absorbent fibre on the outside, and waterproof fabric on the inside. The vest will stay cool for up to eight hours and will cool a wearer’s core body temperature by up to 15°C.

This is not the first time the SC and TechNiche have teamed up. The two organisations are currently collaborating to develop a revolutionary ‘air-cool suit’ – something which will use the same technology as the apparel worn by Formula 1 drivers during races.

The suit will be the first product of its kind to be developed specifically for construction workers. Qutub added: “The air-cool suit contains exciting technology that demonstrates the innovation goals at the heart of the first World Cup in the Arab world. It has the potential to leave a global legacy for workers operating in countries with similar climactic conditions to Qatar.”

James Russell, Managing Director of Techniche UK, said: “This is a significant moment for the technology, the SC and Qatar. This specially developed product is the most advanced of its kind in the world and provides significant health and welfare benefits to wearers.”

Russell added: “As a global business we are proud to support Qatar’s genuine desire to transform the way in which worker welfare is conducted, particularly around heat-related issues.” As a result of their work developing the cooling vests, Qatar Innovation Community recently invited TechNiche to become the first non-Qatari private sector company to join its community and help drive innovation solutions related to the 2022 FIFA World Cup.

The cooling technology is the latest in a long line of projects undertaken by the SC’s Workers’ Welfare Department to ensure the health and safety of the 30,000 workers currently engaged on its projects. A specially designed balaclava made from the same material has also been designed to protect workers from dust and heat, while the SC is working with Qatar-based Hamad Bin Khalifa University to integrate smart health sensors into workers’ overalls in order to monitor key health data.