If you took a poll asking people what came to mind when they thought of Qatar there'd be a mix of "Sand", "Oil and Gas" with the odd World Cup reference thrown in.

I'm guessing no one would say "AMAZING WHALE SHARKS", but guess what - for a few months a year over the Summer that's exactly what Qatar attracts. 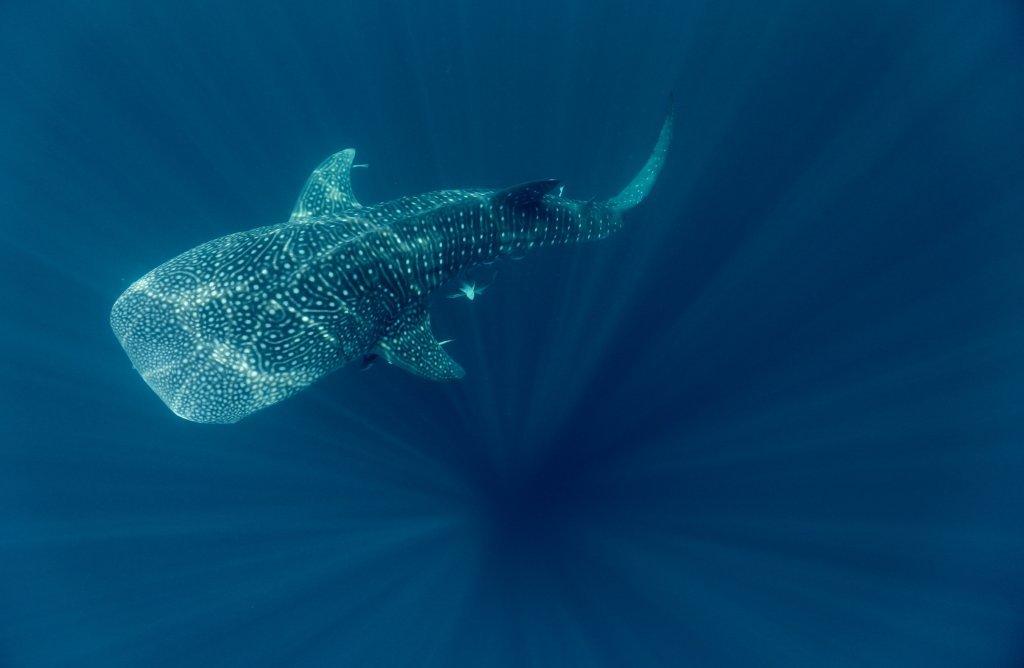 The whale shark season has now finished, and we were lucky enough to be invited out with the Qatar Whale Shark Research Project on their last expedition of the season to document and tag the last of the sharks before they leave Qatari waters and the Al Shaheen oil field. The project was established in 2010 and represents a collaboration between the Qatar Ministry of Environment, Maersk Oil Research and Technology Centre (MO-RTC) and Heriot Watt University.

Up at the crack of dawn and out to see by 6am, it took a speed boat at full speed about an hour and a half to reach our destination (before you ask - no, I was not given the co-ordinates :p). I had no idea what to expect, but knew I'd be happy if I saw a fin or two.

What we found blew my mind!!

There was not "a fin or two", there were around 30-40 massive whale sharks in a shoal (or, officially, a 'shiver'). Moving slowly, majestically, and purposefully across the surface of the gulf sea eating as many tuna eggs as they could handle. 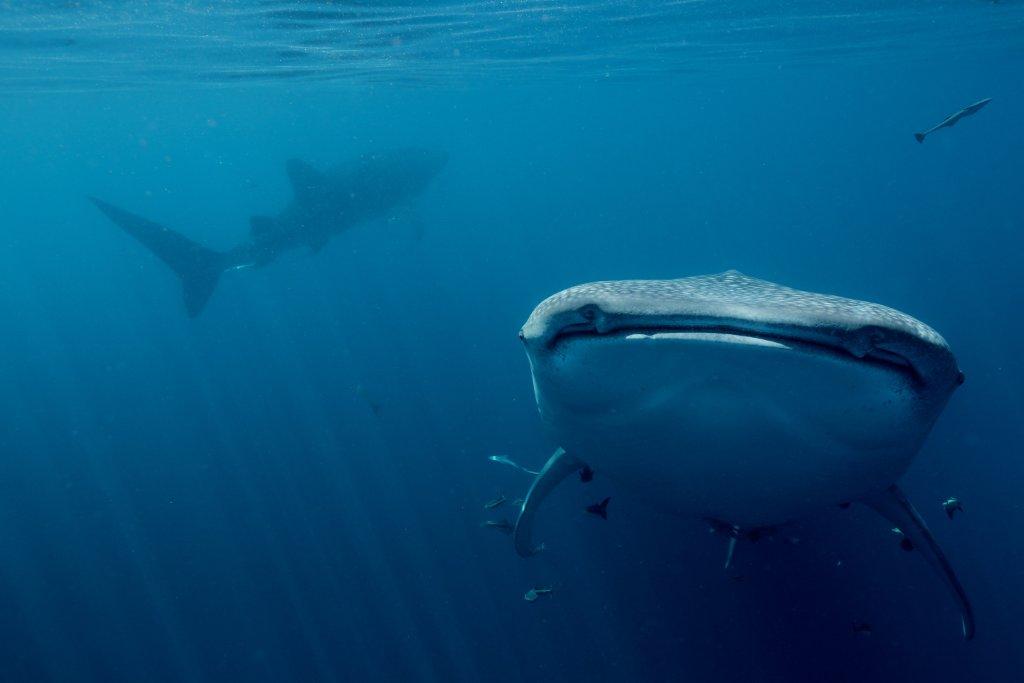 We cut the engines, and the Maersk team, along with PhD student David Robinson from Heriot-Watt University, started getting ready. Suddenly Steffen Bach, Senior Environmental Advisor with Maersk Oil Qatar, shouted over "Kevin - we've got a spare set of goggles and snorkel - you ready to go for a swim?"

This was a once in a lifetime opportunity, and I jumped at the chance. Alongside Jassim Al-Khori, Technical Manager, and Abdulrahman Al-Emadi, the Head of the MO-RTC I hopped overboard into the warm, salty waters of the Gulf Sea.

Swimming after whale sharks is both tiring and futile. The trick is patience, and they'll come to you. After a couple of minutes we saw the first massive fin trawling the surface for eggs make a slow, deliberate turn in our direction. As it got closer, we dipped our heads below the surface, and watched as the peaceful giant came to check us out.

I won't lie, even though I know whale sharks don't eat humans, the first time one swims directly at you there's a definite moment of terror that you might be the exception!! Of course, I wasn't, and I'm still here to tell the tail (pun intended)... after a quick reconnaissance mission the shark decided we weren't tuna eggs, and turned back to the task at hand.

I have no idea if the first shark notified the others, but all of a sudden we became very interesting, and time and time again a shark, varying from about 5 metres to 11 metres, came for a nosey around and then calmly went on its way.

Whilst I was enjoying the experience, a couple of hundred metres away a lot of serious science was taking place. Steffen and David, equipped with geo-location trackers were tagging the sharks, whilst another diver was taking photographs. 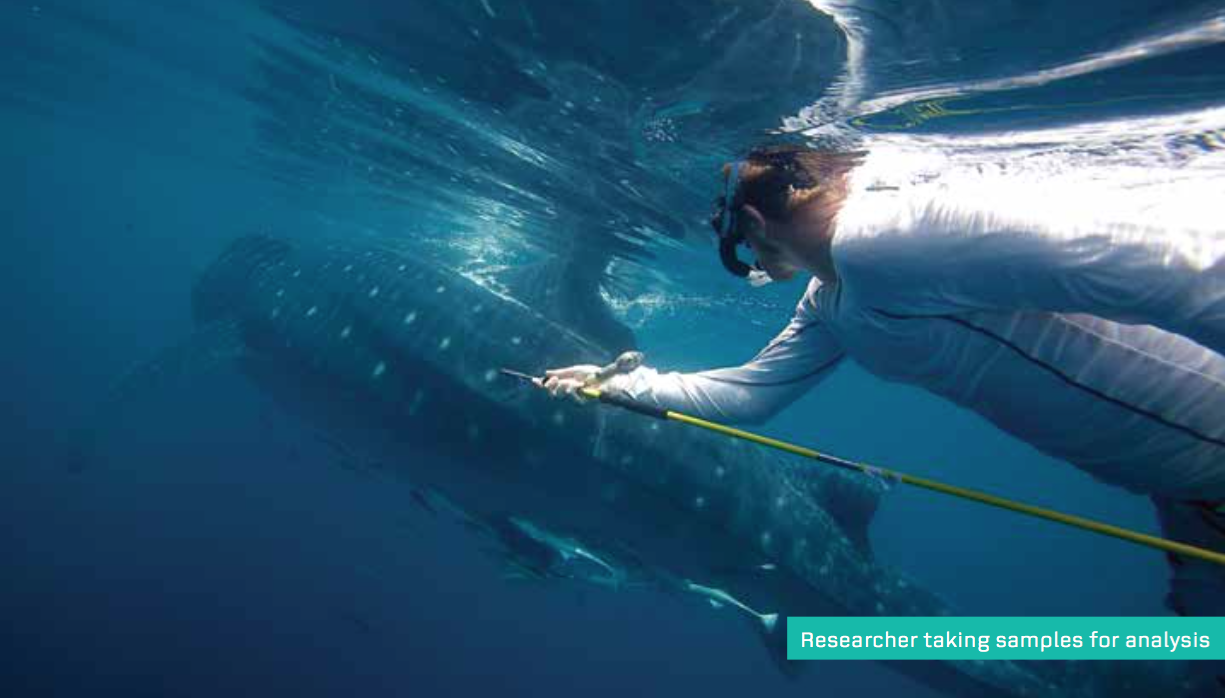 Using the pattern of the spots on the skin of the sharks which act as a unique identifier (kind of like a fingerprint for humans), more than 300 whale sharks have been added to a global database and are being tracked worldwide.

With a mixture of tags attached to the sharks and acoustic receivers deployed to the seabed the research team is identifyingwhale shark hotspots , and learning more about their migration patterns and habits. 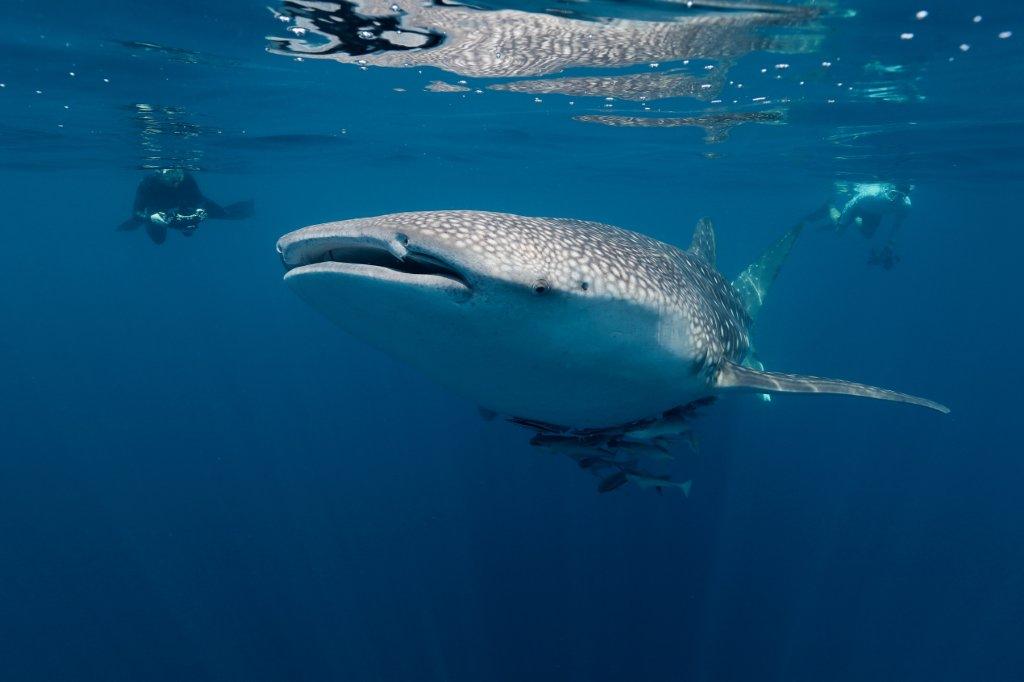 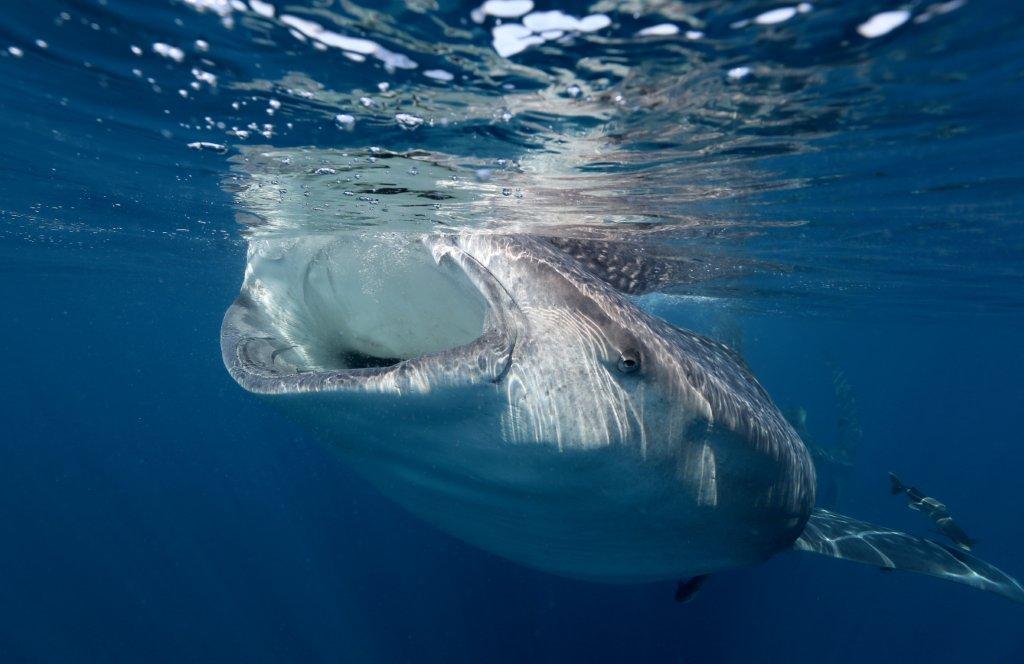 Beyond this, the team at MO-RTC is working with Qatar University and the Qatar Ministry of Environment to learn more about many species that inhabit the local ecosystem including dolphins, other sharks (Black-tips and Hammerheads swim the same waters), sea snakes and marine turtles, and this research will be significant for advising both locally and internationally on how we can responsibly develop oil fields whilst sustaining the local environment.

In May 2016, Qatar will host the 4th International Whale Shark Conference, at which more than 100 regional and global experts on whale sharks and marine life will come together to share knowledge on this important species.