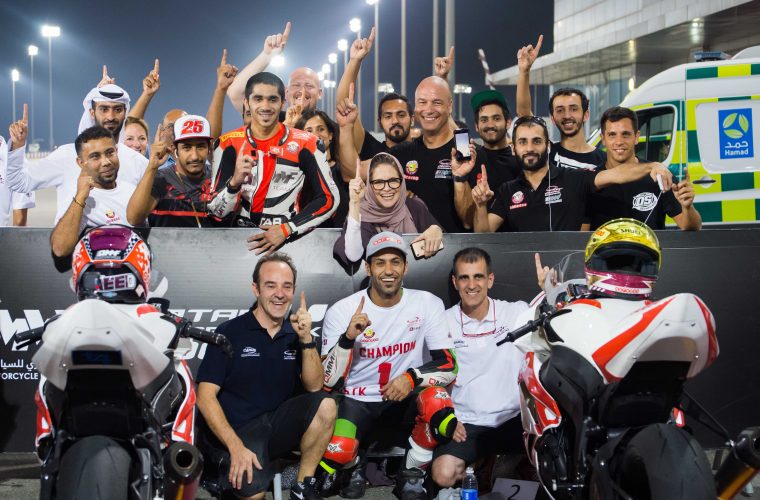 Saeed Al Sulaiti, who hails from Qatar secured the Qatar Superstock 600 championship title by winning the second race and finishing with a 5 point lead ahead of Mishal Al Naimi. 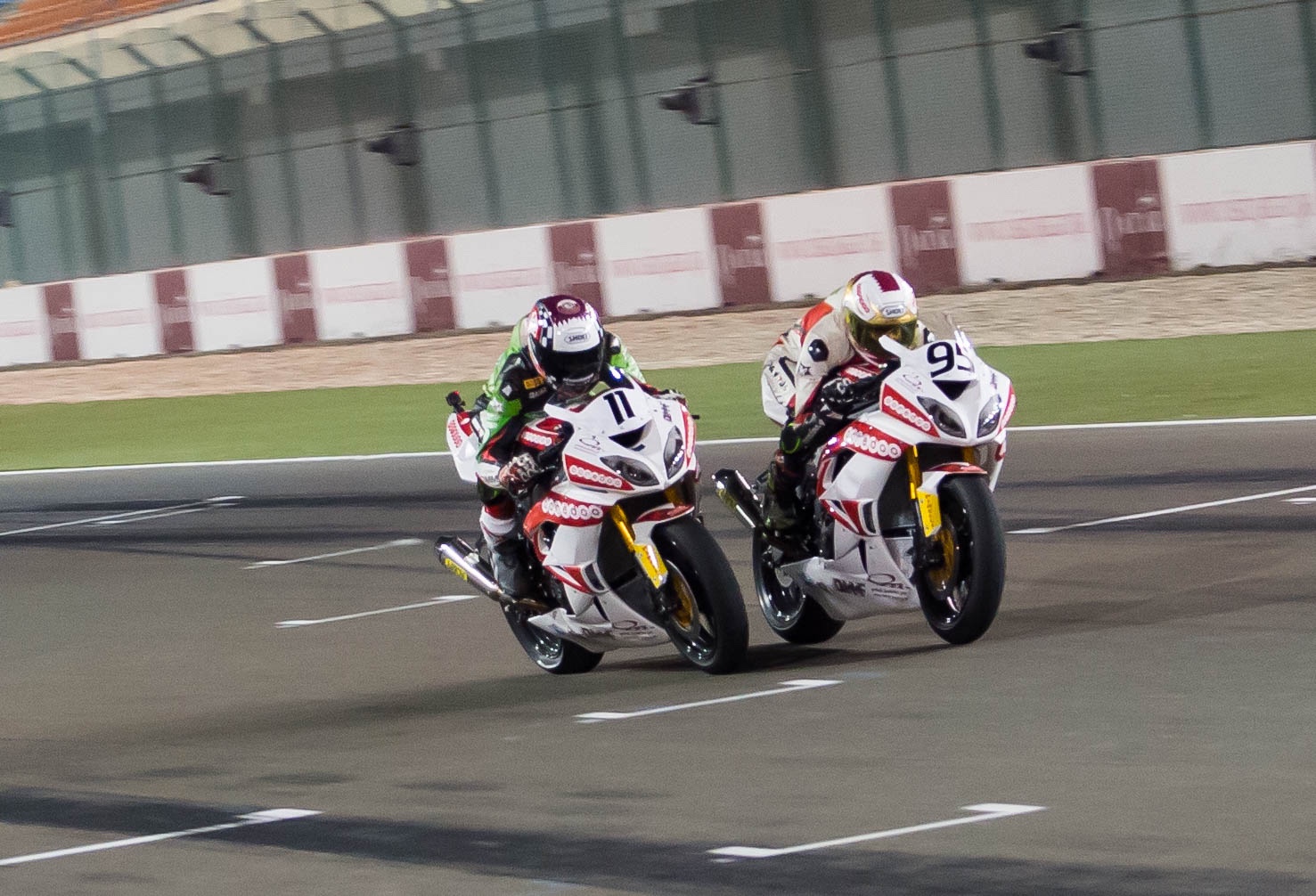 Pictured above: Neck and neck in the final race

Al Naimi had a good start but he only managed to lead the race during five laps. In the sixth lap of the race, Al Sulaiti overtook Al Naimi and had the lead during the second half of the race. 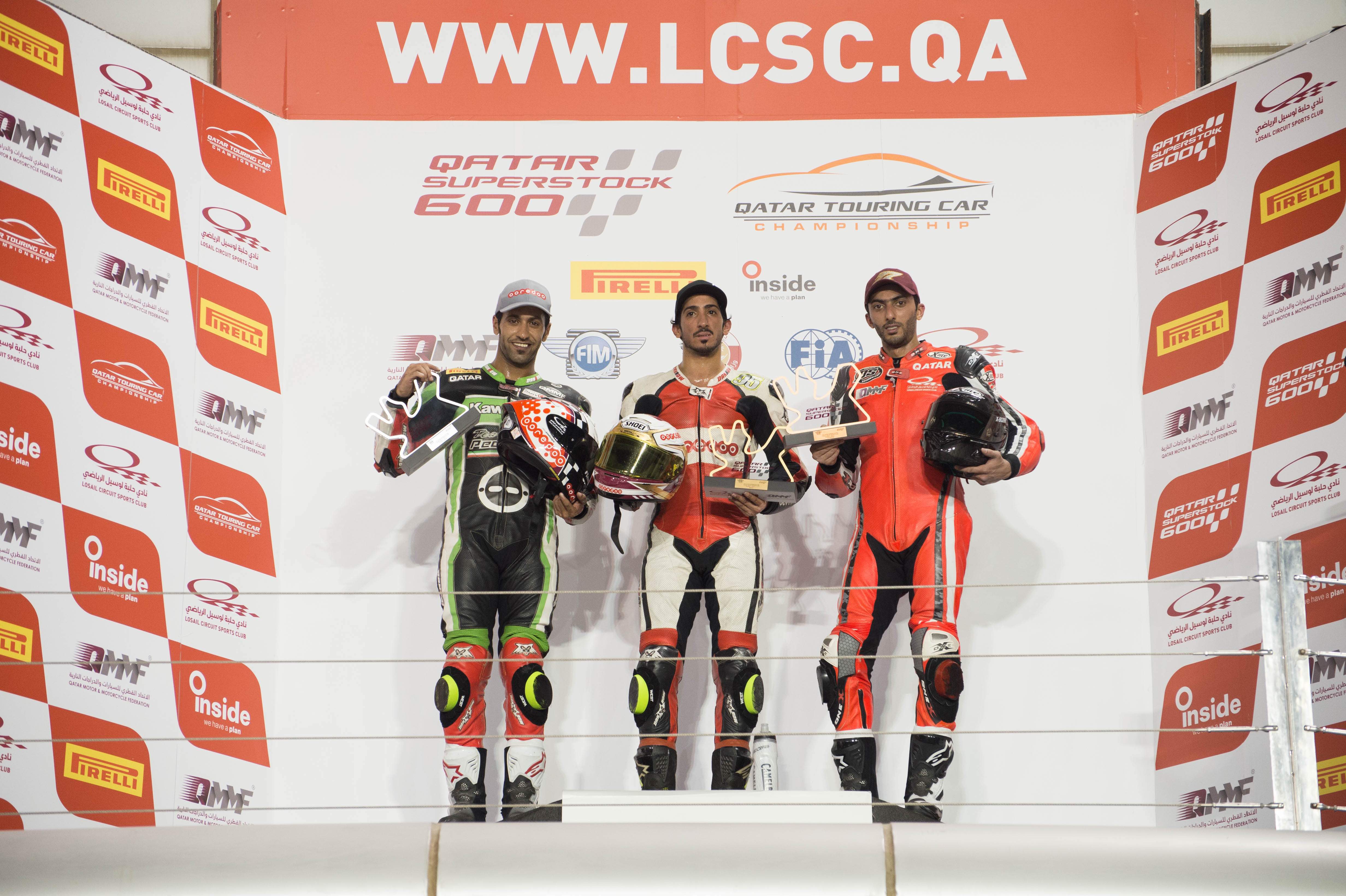 Pictured above: The top three champions

Leading up to the final, Al Sulaiti and Al Naimi were both equal in standings — 230 points — so the odds of winning were equal for both riders.

According to live reports from the race, Al Naimi encountered problems with his bike. Al Sulaiti took advantage of Al Naimi's bike difficulties, and started to reduce the gap until the seventh lap where he overtook Al Naimi. Al Sulaiti maintained a good pace and finally crossed the checkered flag with a difference of 13.804 ahead of Al Naimi.

Al Sulaiti was happy with his win and thanked all the sponsors and organizers for making his win possible, including Ooredoo his official sponsor, and Qatar Motor and Motorcycle Federation (QMMF), and of course Losail Sports Club.

“I was trying to catch Mishal slowly, and in lap six, I noticed that Mishal had some problem with the bike. I passed him in the seventh lap, I kept the rhythm, just looking for the checkered flag pushing my limits, and really happy to win the race and the championship,” said Al Sulaiti.

Al Naimi, the runner-up, was also happy with his overall performance and congratulated Saeed for his victory. “He deserves the title. He was a very good rider, with no mistakes. Well, he made only one mistake when he pushed me out in the fourth round and I crashed so I didn’t’ get any point in that race, but this is racing,” said Al Naimi.