The Pearl Launches 'The Imperial Towers' 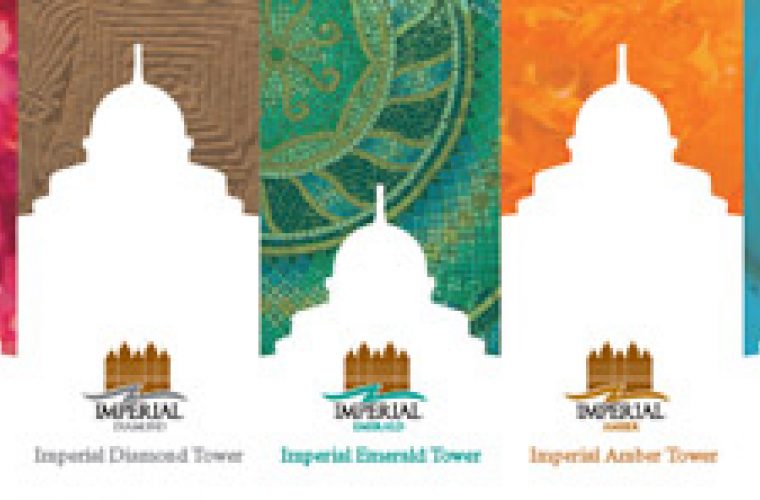 THE QR1.4bn Imperial Towers project at Viva Bahriya in The Pearl Qatar was formally launched in Doha last night. The project comprising five towers is being developed by Durat Al Doha, a joint venture of Qatar Islamic Bank, Aqaar Real Estate Development & Investment Company, Al Jazeera Islamic Company, Real Estate Services Group and other private investors. The Imperial Towers project will be completed in two years. Each tower will house between 154 and 166 apartments and two luxurious, four bed room penthouses. There will be a choice of one, two or three bedroom apartments, some of which will have direct access to a “private beach”. The towers have been named, Imperial Ruby, Imperial Emerald, Imperial Diamond, Imperial Amber and Imperial Opal. Prices start at QR1.5mn, Durat Al Doha officials said. Buyers during the ongoing project launch will benefit from “price protection”. “They will only pay what they commit while booking the property,” Durat Al Doha said. Those who intend to purchase units at Imperial Towers need only pay 10% of the total cost upfront. Another 10% must be paid after six months and the balance on completion. The promoters have worked out “flexible financing solutions” for prospective buyers with QIB. They will also sign mortgage finance agreements with some six leading local banks shortly. Introducing the project at Four Seasons, Durat Al Doha executive committee member Khurshid Hassan said: “We are committed to developing stylish and sophisticated supremely practical homes for discerning buyers. We know they see their home as an expression of their personality and a fulfillment of their aspiration.” The developers said: “Besides lavish decoration and stunning 360-degree sea views, everything residents require will be at their fingertips, thanks to the intelligent home solutions being integrated with the project.” Air conditioning, lighting, entertainment and appliances can be programmed from a central location. Durat Al Doha has appointed Asteco and Engel & Volkers as sales agents for the Imperial Towers project. “Together we have devised a never-before-seen payment scheme. Buyers can book their apartment by paying just 10% of the value, with another 10% due after six months. The remaining 80% will be due only after the apartments are handed over in 2010. This gives our buyers two interest-free years of ownership until project completion,” Hassan said. He said the project presented a “perfect investment opportunity” for buyers besides providing an opportunity for “fine living” in The Pearl Qatar. “The highest standards of design and quality construction will be the big incentives for investors. Investors will also benefit from the strength of Qatar’s real estate market,” Hassan said. Besides investors from Qatar, the project developers expect “strong response” to the Imperial Towers project from the region and outside. David Oayda, general manager, Asteco Qatar and Christophe Birkhofer, general manager, Engel & Volkers were also present. Get more information and pics in our development section http://iloveqatar.net/forum/read.php?26,270