The most nail-biting moments of the historic 2017 Emir Cup final! 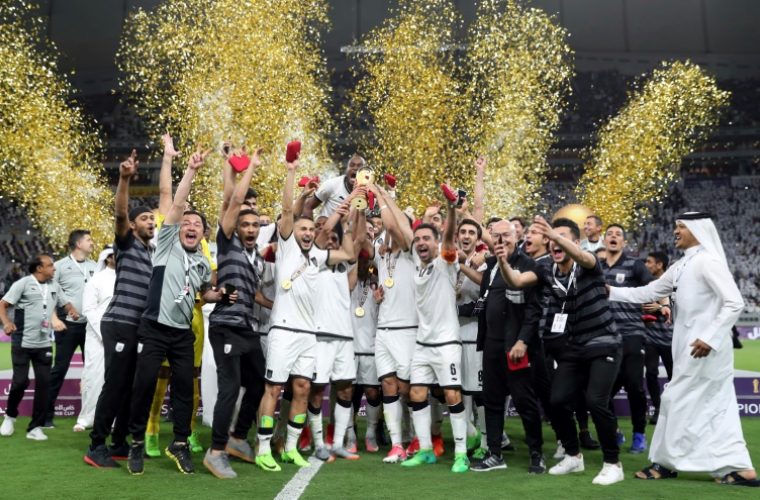 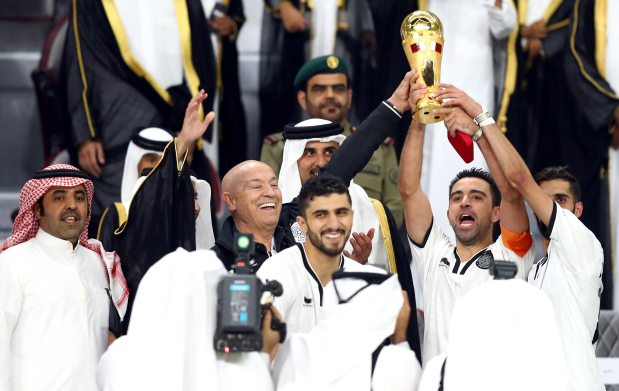 The World Cup 2022’s first venue, the Khalifa International Stadium in Doha, was re-inaugurated for the final of the 2017 Emir Cup on Friday evening after its extensive refurbishment. The final saw two of Qatar’s ‘legacy’ teams, Al Rayyan and Al Sadd, doing battle for the trophy.

The Emir Cup is one of four domestic trophies competed for on the Peninsula, and definitely its most prestigious. It’s contested by 18 clubs, and this year threw up a heavy-weight final coming from teams in the Qatar Stars League (QSL), and the 2nd-tier QatarGas League.

In one corner, stood fifteen-time Emir Cup winners Al Sadd (unsurprisingly, a record in the competition), at the other end of the pitch waited Al Rayyan (themselves eight-time winners of the trophy also).

The Khalifa International Stadium has – more than five years before the event – become the first of the eight 2022 World Cup stadiums to be ready for action, and it certainly proved to be up to task on Friday.

We will be bringing you more information on the sea-changes that have taken place at the National Stadium in due course. 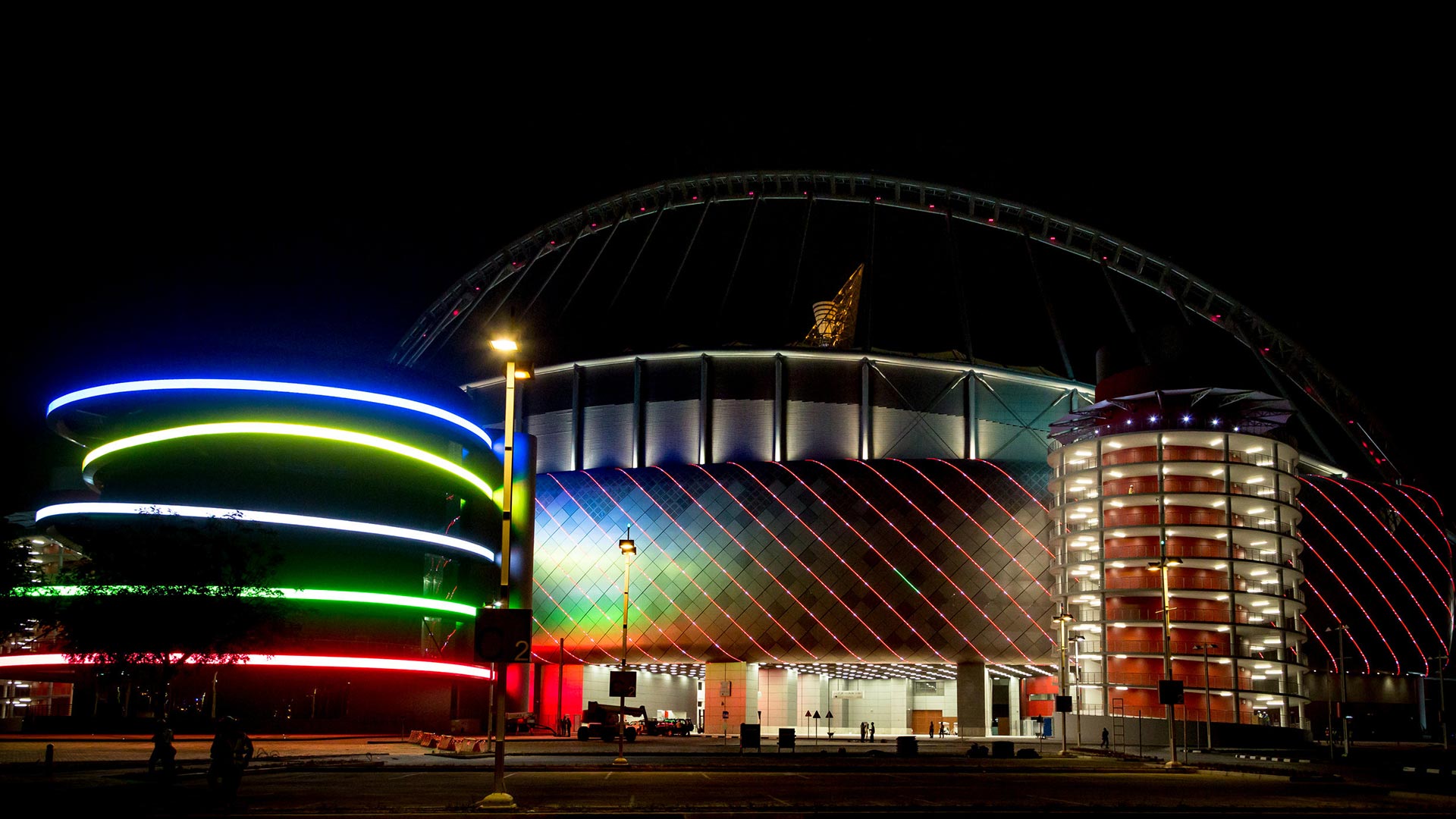 (Photo: The new Khalifa International Stadium was up in lights for its inauguration at last evening's 2017 Emir Cup final match)

First built in 1976, the Khalifa International Stadium now seats 40,000 fans following an extensive and costly renovation, including the installation of cooling technology to lower the temperature to 24-28C at pitchside and in the stands, using 40 per cent less energy than other cooling methods.

The Secretary General of the Organizing Committee, Hassan Al Thawadi, said: “The completion of our first World Cup stadium more than five years before the tournament begins is an important milestone that reflects our determination to deliver a tournament the entire Arab world will be proud of.”

It’s anticipated that the stadium will host World Cup group matches, and also up to the quarter-final stage.

Anyway, back to the match in hand and the stadium was, to all intents and purposes, full. The fact that tickets were priced from just QR 30 was of far less relevance to the throngs of locals in attendance who wanted to see the first successful step on the road to 2022.

Both sets of fans, of course, wanted to see their heroes lift the cup, but for followers of Al Sadd, also holders of the Qatar Cup, the next 90 minutes gave them the opportunity to claim a cup double, to salve the disappointment of finishing as runners-up to Lekhwiya in the league – by just two points.

The game kicked-off and while the ball zipped around the carpet-like turf, it would be fair to say that both sides were erring on the edge of caution when it came to over-extending their players and leaving gaps at the back for their opponents to exploit. It wasn’t a surprise when the referee blew for half-time on a 45-minutes that had not been short of quality, but also low on scoring chances, and the interval arrived scoreless. 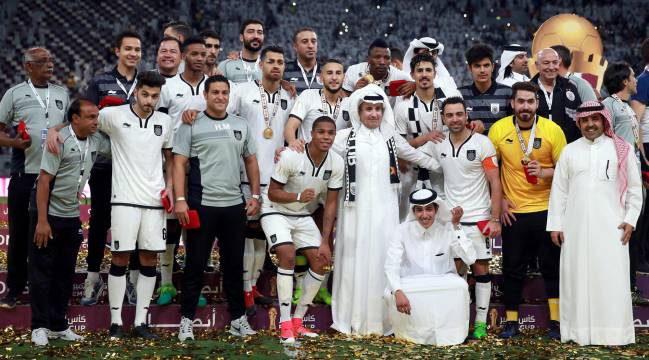 Are you SURE this is the same game?

However, what the teams’ respective managers (Danish legend Michael Laudrup for Al Rayyan, Jesualdo Ferreira for Al Sadd) said to their charges seemed to have the effect of plugging the game into the mains for the second half. It was hard to believe these were the same two teams we had watched in the first 45.

It didn’t take long for the new energy levels the players had brought onto the park to manifest themselves. Al Rayyan’s captain Rodrigo Tabaha dashed into the box and drilled a right-hand cross low into the Al Sadd net.

The lead didn’t last long, however, and just seven minutes later, Al Sadd's Hassan Al-Haydous scored from the spot to equalize and set up the thrilling finale. It was impossible to tell which way this one was going to go and the players showed remarkable stamina to keep up the frenetic pace.

As we entered stoppage time it looked like extra time and penalties were looming but former Barcelona legend and Al Sadd captain Xavi Hernandez picked out defender Jugurtha Hamroon deep in his own half.

Hamroon had half a pitch to go before he could get into a shooting position, but he ate up the yards like a man possessed before firing home – past some suspect goalkeeping – to grab the cup for Al Sadd.

Were you in the stands at last night’s Emir Cup final? What were your thoughts on the match and your experience in the new Khalifa International Stadium? Drop us a line and tell us in the comments below, and don’t forget to give us a like and a share – it keeps us going!