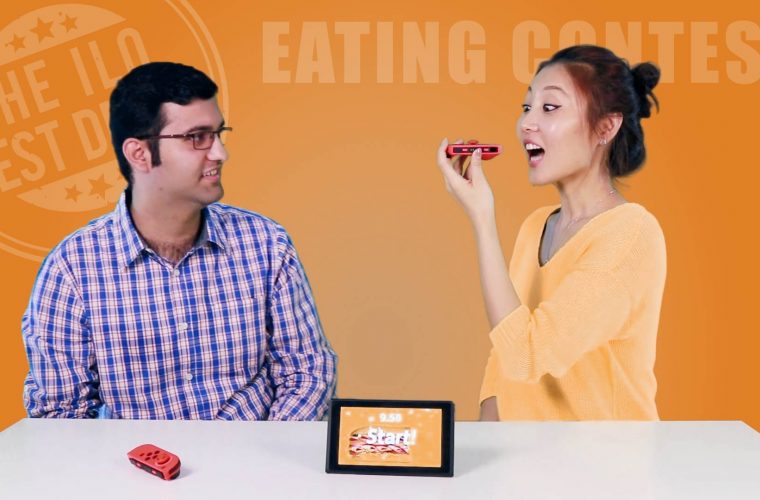 The ILQ Test Drive is out with its tenth episode! In this very special episode we play an interactive team-building game called the 1-2-Switch on the new Nintendo Switch!

The 1-2-Switch is actually a party game and usually involves two players playing at a time. With each player using a controller, or joycon, this game can entertain a whole party by watching the showdown between the two players who are up playing one of the mini-games that the 1-2-Switch has to offer.

Some of the mini-games include telephone, cow-milking and food-eating competitions, and much more! These games get really competitive for the players involved, as each game instructs you to make direct eye contact and to not look at the screen. The instructions are pretty straightforward, and the joycons are quite practical and easy to understand.

You can play this game anywhere, as the console is easy to transport, particularly with its built-in stand. The Nintendo Switch, and the 1-2-Switch, is a party hit! If you’re a Nintendo Switch owner, make sure to take it to your next gathering for instant fun!  Watch our video below and the showdown between each team! Stay tuned for next week’s episode of the ILQ Test Drive!