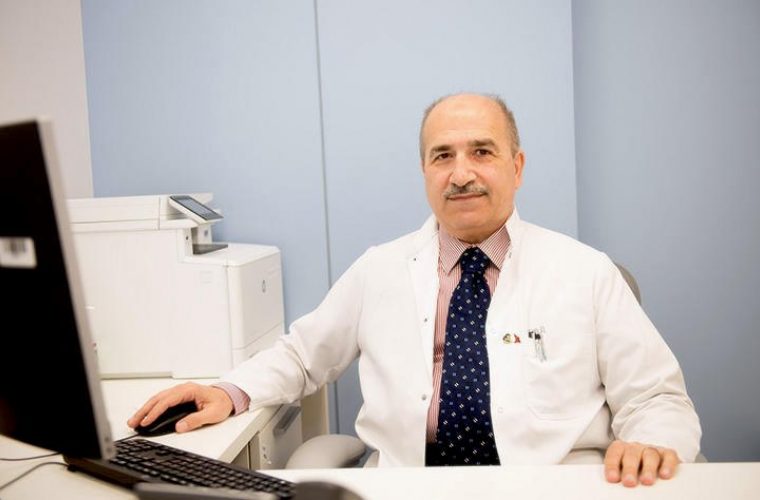 The new Hyperbaric Therapy Unit in the Trauma and Emergency Center at Hamad General Hospital highlights one of the many cutting-edge therapies that Hamad Medical Corporation (HMC) is bringing to Qatar. Dr. Kokash Osama, Senior Consultant, Anesthesia, and Head of HMC's Hyperbaric Oxygen Therapy Program, said while hyperbaric oxygen therapy has been available at HMC since 2013, the new Hyperbaric Therapy Unit has significantly increased capacity to provide the treatment. He said the new 18-person hyperbaric oxygen therapy chamber is the largest in the country, and one of the first of its kind in the region. "There are two types of chambers used to administer hyperbaric oxygen therapy monoplace chambers that permit a single occupant at one time and multi-place chambers that allow multiple patients to be treated at the same time. Previously we had a monoplace chamber. Our new chamber, which is a multi-place chamber, allows several patients to be treated at the same time. It also allows space for a healthcare professional to be inside the chamber caring for patients," said Dr. Osama. Hyperbaric oxygen therapy involves sitting or lying inside a sealed chamber and wearing an air mask with two tubes attached - one providing pure oxygen, the other taking old air away. The therapy is painless and non-invasive. HMC's new hyperbaric oxygen therapy chamber features both VIP and standard seating and can also accommodate an ICU bed. "With hyperbaric oxygen therapy, patients breathe pure oxygen while in a pressurized chamber. The rapid infusion of a high concentration of pure oxygen helps the growth of new blood vessels and promotes the healing of ischaemic wounds. The therapy has an anti-inflammatory effect, which helps fight bacteria and stimulate the release of substances called growth factors and stem cells," said Dr. Osama. Dr. Osama explains that while hyperbaric oxygen therapy is a well-established emergency medical treatment for conditions such as decompression sickness, a hazard of scuba diving, carbon monoxide poisoning, and air embolisms, it has also been shown to be an effective supplemental therapy for many chronic, non-emergency conditions such as slow-healing wounds, in particular, diabetic foot ulcers, and osteomyelitis. "In addition to carbon monoxide poisoning and decompression sickness, there are a dozen conditions that the evidence shows benefit from hyperbaric oxygen therapy, such as treating damage resulting from radiation therapy, compromised skin grafts, and acute thermal burn injuries.

There is also some evidence that it can be effectively used to treat neurological conditions associated with reduced oxygen levels, such as stroke and traumatic brain injury, and neurodegenerative disorders such as Alzheimer's and Parkinson's disease," said Dr. Osama. Dr. Osama says the number of sessions a patient will require varies depending on the condition or illness being treated, with each treatment plan being tailored to the individual needs of the patient. He says while hyperbaric oxygen therapy has been used for more than a hundred years, he stresses that the treatment isn't right for everyone. "This is very much an emerging therapy. The public needs to understand that oxygen is a drug a medication and it should be carefully prescribed. While hyperbaric oxygen therapy is generally very safe, there are risks of complications. It should only be prescribed by qualified healthcare professionals," noted Dr. Osama notes that every patient who is prescribed hyperbaric oxygen therapy is required to complete a safety briefing where they are informed of the possible complications. In addition to undergoing a comprehensive safety briefing before each session, patients undergo a physical examination and also a screening to ensure they are not wearing any prohibited items, such as hair products, nail polish, contact lenses, battery-powered equipment, etc. "Hyperbaric oxygen therapy requires patients to spend an extended period inside the therapy chamber usually two and a half hours per session, with most patients undergoing up to 40 sessions. While we want our patients to be comfortable and we took great care in selecting a chamber with comfortable seats and TV screens, the safety of our patients is our number one priority," said Dr. Osama. "Oxygen is a highly combustible gas and due to the high atmospheric pressure and oxygen levels inside the chamber, certain items are prohibited. Flammable fabrics, metallic objects, oils and greases, including makeup and lotions, and electronic items (anything with a battery) are among the prohibited items," added Dr. Osama.