The first Church in Qatar B)- 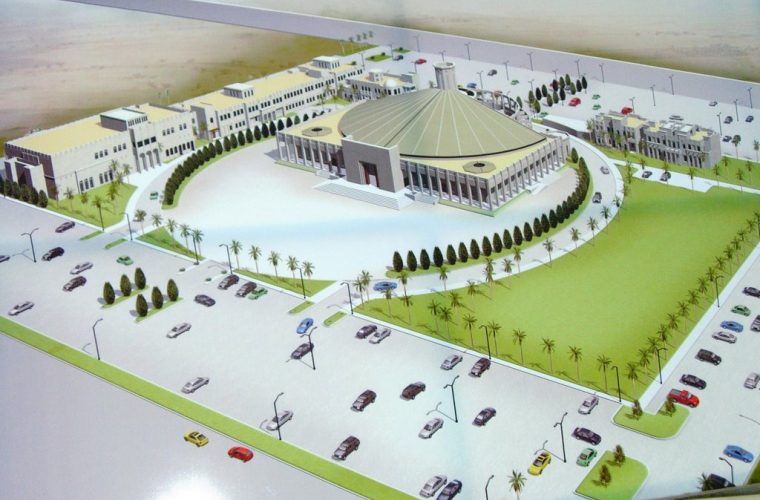 Easter opening for Qatar’s first church Doha • The consecration of Qatar's first church will be celebrated on March 14. Cardinal Ivan Dias from Vatican will lead the consecration ceremonies, Father Tomasito Veneracion, official spokesperson of the church, told The Peninsula yesterday. “We have decided to open the church on March 14. The final phase of the construction is fast progressing. Cardinal Ivan Dias will lead the consecration ceremonies. Bishop Paul Hindr, Apostolic Vicarate of Arabia, will also attend the ceremony. It will be a simple event,” Father Veneracion said. Located at Mesaimeer, near Abu Hamour, St Mary's Catholic Church is the first Christian church to be opened in Qatar. The church will be part of a larger complex, which will also have five other churches of different denominations. The Catholic church will have a capacity to accommodate 2,700 people. The church complex will also house staff quarters, meeting halls and other multipurpose buildings. Unlike the traditional Catholic churches, St Mary's church will not bear any motifs of Christianity. It will neither have a bell tower nor a standing Cross or other insignia. The construction of five other Churches is also progressing in the vast compound that has been leased out for the respective Churches by Qatari leadership. They include the Anglican, the Coptic and the Greek Orthodox communities; and an Inter-denomination Christian Church Centre, where 11 Indian churches will converge under a single roof. In Qatar, the Christian community includes Indians, Filipinos, Europeans, Arabs and Americans, of Catholic, Orthodox Coptic, Anglican and other protestant denominations. Meanwhile, a debate has been raging in several Arab dailies in Qatar. While one section opposes the opening of a church in Qatar, others, including nationals, are supporting the decision pointing out that Qatar is not the first GCC nation to have one. “There are churches in other Gulf countries for a long time,” they argue. “The opening of the church underlines the fact that Qatar is pursuing a policy of tolerance and promotion of religious rights, which has also become a law under the new Qatari Constitution,” say the nationals who support the opening of the church. Reacting to the controversies raging in Arabic dailies, Fr Veneracion said: “We have made it clear more than once that the church will not bear any religious motifs and insignia, including Cross and bell tower. The consecration ceremony will also be a simple affair,” he said. Asked about the possible presence of non-Christian religious leaders in the ceremony, he said the list of special invitees has not been finalized yet. "We will sit in the coming days to finalise the list of special invitees", he said. Render: Construction pics:

The priest himself :D: