ILQ EXCLUSIVE: In conversation with The Chainsmokers 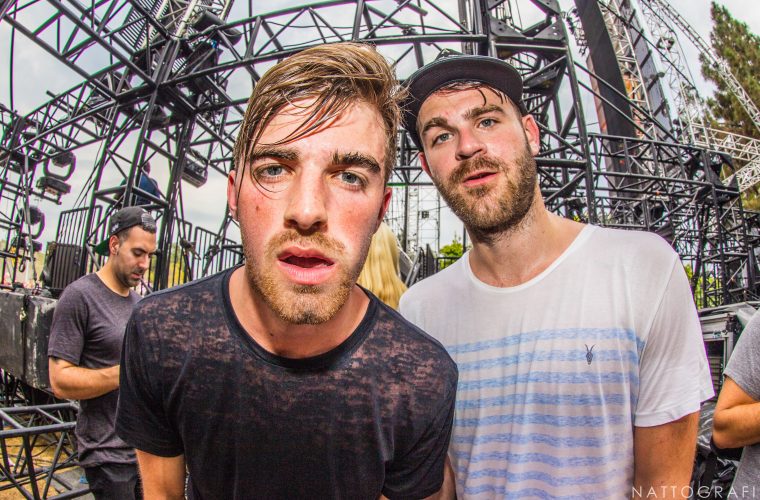 With just one day to go, the clock is ticking down to its last few hours before Grammy Award-winning performers Alex Pall (32) and Andrew Taggart (28) -- more popularly known as The Chainsmokers (TCS) -- are set to bring their distinctive brand of ear-candy to audiences in Doha. Their first gig in the Middle East, the duo are set perform on Thursday, January 25 at the Doha Exhibition and Convention Center as part of the 2018 Shop Qatar Festival, and organized by Qatar's very own The Social Studio.

Just this weekend, TCS released their latest single 'Sick Boy' on YouTube which has already gained more than 14 million views after only 7 days. During a radio interview last year, Alex described the track as an “angrier” and “darker” take on 'Something Just Like This' -- their hit collaboration with British rock band Coldplay, released last year.

The musical duo has said that they've been dying to do a show in the Middle East for ages -- especially in Qatar. "When we got the email about it, it was a no-brainer. We've had so many friends visit and just say it’s such an amazing place to explore and they love to party, and so do we -- so it’s going to be amazing!"

When asked about the challenges of creating new music while balancing an estimated 250 shows a year, Alex responds with a laugh before saying that music is such a huge part of their lives that it's not something they ever stop doing -- no matter how hectic their schedule.

"We're always writing lyrics in our phone, humming melodies, producing on the plane or hotel. Obviously it’s great when we have some real time at home in the studio, but inspiration is fleeting, [and] travelling is a huge part of finding it, so we're very grateful that we get to move around so much because it really feeds into our music and creativity."

Growing up, Alex and Andrew went through several dramatic phases, which urged them to listen to almost every genre in search of the group's ultimate musical style. Whether it's rap, heavy metal, emo, or soul, Alex says that they were both obsessed with various styles at one point or another. "It’s really shaped us and our music in a huge way, we see it seeping into our ideas and melodies and it’s great because we feel well-rounded."

2018 promises to be even busier for the duo as Alex and Andrew have been working non-stop to make new music. They said that, more than anything, it's important for their musical style to evolve organically in figuring out which direction to go.

"The new stuff we're working on is more mature and pointed, but also very musical. We're sure it’s going to turn some heads -- some for the better and some for the worse, but there's still the underlying Chainsmokers’ vibe which we'll never compromise! It’s going to be a big year!"

TCS named Skrillex as their favourite DJ and says there's really no difference between those 4-minute songs that took 6 months to finish, versus music they've completed in just one day -- the creative process is the same.

Their January 25 performance will be held in the Doha Exhibition and Convention Center -- a venue purpose-built to cater for large-scale exhibitions and conventions. Still part of the month-long Shop Qatar -- the country’s biggest shopping festival under the slogan ‘A Brand New Tradition’ -- TCS live in Doha was made possible by The Social Studio and supported by the Qatar Tourism Authority (QTA).

Are you ready to kick-off the weekend with The Chainsmokers' live in Qatar? If so, which song are you most thrilled to hear them sing live? Drop us a line in the comments below and tell us! Also, don’t forget to like and share this article!

(Cover image courtesy of The Revue)