The 7th Japanese speech contest in cooperation with JALTAQ 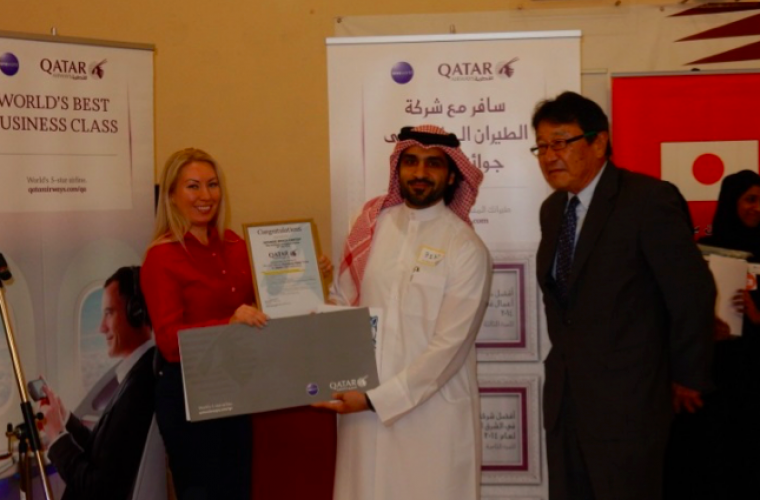 Second and third place winners received prizes offered by Junko Sushi, MITSUI & CO, TAISEI Cooperation and JALTAQ. All the participants also received the gifts from Marubeni Cooperation and Embassy of Japan in Qatar. The ambassador of Japan to Qatar H.E. Mr. Shingo Tsuda expressed his sincere appreciation to all the generous sponsors for their support to the Japanese speech contest. Also, he gave a letter of appreciation to the Japan school of Doha

After the contest, Mr. Koji Ide, the principal of the Japan school of Doha, made special remarks. He was pleased to see many learners are studying Japanese and expressed that learning another language can broaden the learners’ view of the world and forms mutual friendship. Furthermore, songs in Arabic and Japanese performed by the pupils from the Japan School of Doha added spice which impressed the audience. The contest ended with a reception where all the participants and audience could enjoy eating Japanese dishes.