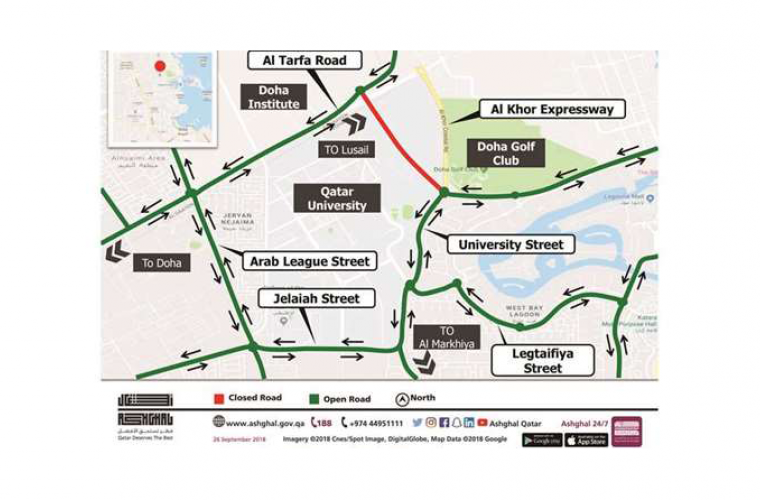 The Public Works Authority (Ashghal) has announced that it will temporarily close University Street Extension linking with Tarfa Road, for a distance of 1.6km from tomorrow until October 26.

The road change designed in co-operation with the General Directorate of Traffic will enable construction on the Al Khor Expressway project, Ashghal has said in a statement.

Ashghal has requested all motorists to abide by the speed limit and follow the newly-installed signage for their safety.