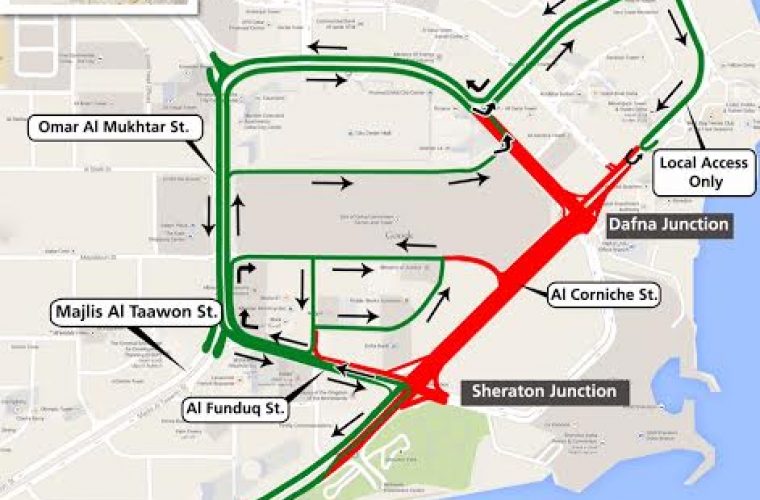 The Public Works Authority ‘Ashghal’ has announced a temporary closure of Armeilla Street in both directions between Armeilla and Guest Palace roundabouts starting Saturday 12 April until Thursday 17 April 2014. The closure will take place to allow for the widening of street to three lanes in each direction, in addition to widening the Guest Palace roundabout to meet current traffic needs. The Authority has stated that as part of this project, lampposts will be replaced and maintenance work will be done on the interlock on both sides of the road to organise pedestrians’ movements.

Road users coming from Onaiza Street towards Armeilla roundabout can head towards the Civil Defence roundabout and turn right onto Mohammed bin Thani Street to take a right towards Al Bidaa.

This closure is part of a series of development projects undertaken by Ashghal to increase the capacity of roads to and support the traffic flow in the area. All road signs will be installed to direct road users to the alternative roads.

Ashghal urges all road users to abide by speed limits and traffic signs to ensure their safety. 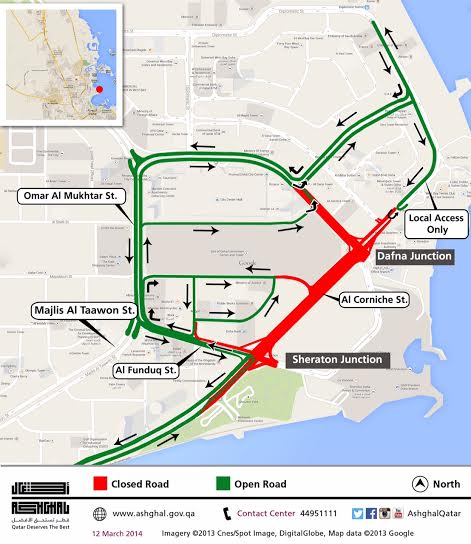